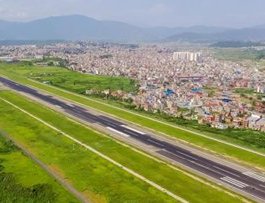 She thanked Aviation Industry Corporation of China for their efforts and technology in large-scaled mechanized operation in airport construction!

Under the second phase of TIA rehabilitation work, the taxiway construction has been completed and handed over to the Civil Aviation Authority of Nepal (CAAN) by the contractor company, China National Aero-technology International Engineering Corporation.

With this, the airport will resume 21 hours of operation.

Along with the taxiway rehabilitation, taxiway-runway link road rehabilitation, and installation of runway centre line light has also been completed and now the airport will resume its full-fledged operation said Debendra KC, general manager of TIA.

He further said that the airport will start operating for 21 hours from January 1, along with the inauguration of Visit Nepal Year 2020 campaign and the declaration of TIA as the country’s first boutique airport.

This is the largest maintenance work ever at the country’s sole international airport since its establishment. The runway that had started developing cracks in 2014 had further deteriorated after the 2015 earthquakes.

Both the rehabilitation and airport expansion work were carried out simultaneously from March. 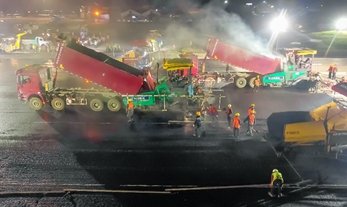 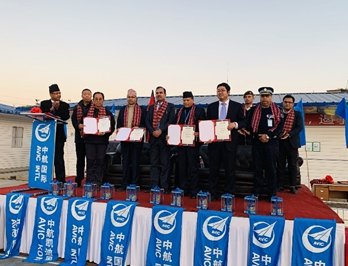 Amid Of Surge Of COVID-19 Cases, Nepal Issues More Permit For Everest Expedition By Agencies 2 weeks, 3 days ago

Nepal Caps Number Of Climbers On Everest By Agencies 2 weeks, 4 days ago

RAHUL CHAUDHARY Hospitable For Hotels By A Correspondent 2 weeks, 6 days ago

Tourism Income Declines By 91.7 Percent In the Last Eight Months By Agencies 3 weeks, 2 days ago