Valentine's Day In Nepal History And Its Importance 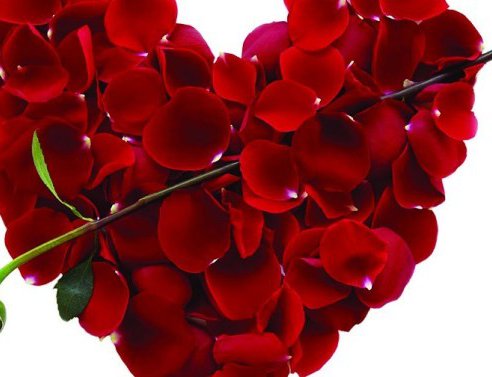 Valentine's Day is celebrated on February 14 every year all over the world to grab the opportunity and propose your loved one. Nepalese urban youths are also celebrating the Valentine’s Day amid a function. However, it is just a recent phenomenon in Nepal.

Among the new generation youth, Valentine’s Day is getting very popular. Young couple travels and visit park restaurant to celebrate it.

Valentine's week or the love week is going to end today. If you are among those who haven't done anything for your better half in the whole week starting from Rose Day, and going on with Chocolate Day, Propose Day, Promise Day, Teddy Day, Hug Day and Kiss Day, then you must do something this Valentine's Day 2020 for the love of your life.

The last day of the love week or the eighth day is the most special as it is celebrated as Valentine's Day. Therefore, give your best and propose to your loved ones with these unique ideas. Someone has rightly said that love has no age, and this is the reason why people celebrate Valentine's Day with love and affection every year.

If you want to give your partner a homely feel, then the best thing you can do is gather a bunch of your friends and family for a party and ask everyone to carry balloons filled with helium bearing one of the letters in the phrase, "Will you marry me?" Then during the party, make each person turn around and reveal the message.

Why is Valentine's Day celebrated?

For most of the people, Valentine's Day is a day of joy, celebration and spending quality time with their loved ones. Most people picture a romantic St. Valentine who wrote the first love poems for his beloved and made the day famous in his name when he died but the reality is something different.

According to the historical records from the Bollandists -- there were three St Valentines who apparently died on February 14. Two of them were executed by Roman Emperor Claudius Gothicus in 269-270 AD, a time when persecuting Christians was the order of the day.

The earliest account of Valentinus was just about a man who died in Africa with 24 soldiers, while the second Valentinus was a Roman priest who was arrested at the time of Gothicus and put into the custody of Asterius, an aristocrat.

As the preacher preached, Asterius promised to convert if Valentinus could cure the blindness of his foster-daughter. The priest was successful and the entire family of Asterius was baptised. However, the emperor ordered all of them to be executed. However, only Valentinus was beheaded, and a devoted widow buried his body on Via Flaminia, over which a chapel was built much later.

The third Valentinus was a bishop of Terni, in Umbria, Italy. His story is very similar to the second priest's. He debated with a potential convert, healed his son, was beheaded on the orders of Gothicus and was buried along Via Flaminia.

Because of the uncanny similarities, the Bollandists suggest that the second and third Valentinus were probably the same person whose legend became popular in different tales in Rome and Terni.

There are numerous stories but from the above description, you might have got an idea that none of these African, Roman or Umbrian St Valentines were lovers or romantic people in the traditional sense.

Another tale said St Valentine was killed for helping Christians escape the torture-filled Roman prisons, while another legend said that the saint fell in love with his jailor's daughter and send her a message before his death, signed "From your Valentine" - an expression used even today. But as per Bollandists, these tales have no historical basis.

Parshuram Jayanti 2021: Rituals And Significance By Agencies 4 days, 23 hours ago

Hanuman Jayanti 2021: Importance And Significance By Agencies 3 weeks ago

Mahavir Jayanti 2021: Celebrating The Birth Of The 24th Tirthankar By Agencies 3 weeks, 2 days ago

Ram Navami 2021: Its Importance And Significance By Agencies 4 weeks ago