Apprehended serious disruption in Chinese supply chain could push up currently depressed global inflation level. Let us hope the current level of inflation in Nepal (6.4 percent) does not gallop and pray that Lord Pashupatinath protects us from the current virus as we were saved in 2003 from Severe Acute Respiratory Syndrome (SARS), originating in China, which spread to scores of countries in Asia but Nepal. 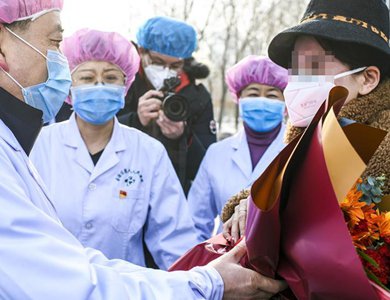 Very justifiably, the entire world breathed a sigh of relief when the news broke out that the countries in trade dispute (US and China) signed a deal on January 15, 2076 because the negative impact of the trade dispute between the two largest economies of the world had begun to negatively impact many other economies in the world. World trade and global output had begun to take the hit. Hope the lose-lose war is over for good. In the deal of January 15, China agreed to buy American agricultural products worth 200 billion dollars. Hopefully the two parties will not backtrack and proceed with a positive mind frame to strike a long-lasting trade deal so that the global economy does not get into a state of recession. The downturn is very much expected and the greatest challenge government’s face today is how to deal with this. Talking of the US economy, despite some negative impact on the farm sector emanating from the trade row, its expansion has been longest in record and a slow down at some point is inevitable and conventional interest cuts may not be possible with interest rates close to zero. People have begun to worry that the concerned may not have adequate tools to combat the impending recession. Indeed, the global economy may face a liquidity trap in which monetary policy may not be effective. It is said that EU and Japan will need a fiscal stimulus, rather than only monetary measures, to fight the downturn. In the midst of this fear about global recession, came the positive news of the trade deal, which many thought would contribute towards averting global slowdown. This feeling of optimism has, however, been swept away by the storm of coronavirus that broke in Wuhan of Hubei province in China and is spreading all over the world, taking human lives and inflicting injury on economies. Although the virus is seen in 25 countries, 95 percent of cases are in China. Quarantined Hubei province with 60 million people and generating 4.5 percent of China’s GDP, is certain to impact Chinese growth, which in turn will impact global growth. According to some agencies such as the World Bank, 90 percent of the economic damage from virus stems from people’s fear of associating with others.Indeed, reduced mobility of people has taken a toll on business in China, which was clearly seen by the sharp drop in revenue of different entities during the recently celebrated Lunar New Year. Goods remained unsold in stores as people did not visit their relatives this time. Small businesses have suffered the most as millions of people across the country stay home as ordered\advised by government or out of caution. It is, therefore, doubtful whether the Central Bank’s instructions to financial institutions that they should extend additional support for small and micro enterprises would make any difference at a time when people are not returning to work after the break and rural communities have isolated themselves from outsiders. Understandably, China is experiencing slowdown in consumption and disruption to production, which will not take long to cross its territory in the highly interdependent economies of present time. Government of troublesome Hong Kong has urged its people to stay home as much as possible.Hongkong’s economy, which shrank last year for the first time in a decade owing basically to the trade war and antigovernment protests, is likely to suffer more as a result of the virus. The disease is likely to deliver crippling blows to both the economy and the pro-democracy protestors who were thronging streets of Hong Kong in unprecedented numbers and manner. In China, disruption in supply of essentials has pushed up prices of items such as fresh vegetables and pork and food prices have gone up by 20.6 percent, which is the highest in 9 years.

Chinese economy in 2019 grew by 6.1 percent, the lowest in three decades, and the growth in the first quarter could be as little as 2 percent. As China accounts for about a fifth of global output (generated 16 percent of global GDP last year) shrinkage in Chinese economy will undoubtedly leave a dent on world economic growth in 2020. According to one estimate, on account of this virus, the global economy is likely to lose 280 billion dollars in first quarter of 2020 and about half a percent will be knocked off the global GDP.People have started warning of recession over coronavirus. It should also be noted that China is the world’s largest outbound travel market and many countries enjoy service trade surplus with it, despite incurring huge deficit on the merchandise trade front. Even the US, whose trade deficit with China runs into billions of dollars, enjoys a service trade surplus with this Asian giant. It is a well-known fact that with Chinese economy growing impressively in the past several years, Chinese began to travel abroad and established themselves in the world as great spenders. In 2018, 150 million Chinese tourists went abroad, a significant jump from 10.5 million in 2000. They are known all over the world in terms of numbers and spending. A slowdown in Chinese economy is bound to hurt many countries and their people hard. Let us delve a bit into the case of some countries, which have been receiving Chinese tourists since long and how the virus has led to a sharp cut in their arrivals, which has resulted in a loss of substantial revenue for the recipient countries.

The United States and EU have been getting increasing number of Chinese tourists. Chinese tourists in Turkey increased from 60 thousand a decade ago to more than 400 thousand last year. Likewise, Asian countries have been benefitted a lot from the impressive growth in tourists from China but the rapidly spreading virus has been a cause of serious concern in many countries. In Thailand, tourism plays a major role in the economy, explaining 15.5 percent of total employment. Last year, Chinese tourists comprised 27 percent (11 million) of the total 40 million tourists that visited Thailand. The problem is acute in major tourist destinations such as Phuket, one of Thailand’s top tourist destinations, and worried Thai authorities are seen distributing masks on streets of Bangkok. The number of Chinese visitors is expected to fall by 2 million to 9 million, which would reduce tourism revenue by about 1.5 billion dollars. Australian tourism industry is also likely to take a hit. Drought, bushfires and the recent virus are likely to further weaken the already soft economy. It should be noted that international education is Australia’s third largest export and it has been receiving increasing number of Chinese students in recent years.

Despite historical problems between India and China, economic relationship between them is on the rise, which is adequately manifested by their rising bilateral trade. Increasing number of Chinese are visiting India and Indian tour operators believe they could lose up to 500 million dollar on account of coronavirus, which has led to cancellations from China and other countries. People apprehend that the losses could rise four fold in the event of disease persisting through the year. More than 280,000 Chinese tourists visited India in 2018 and were among the top ten spenders, despite the fact that Chinese tourists constituted less than 3 percent of 10.6 million tourists that India got in 2018. India earns approximately 30 billion dollar annually from foreign tourists and the slack could inflict injury on the already weakened (6.1 percent growth in 2019) economy of the country.

Declaring 2020 as Visit Nepal Year, Nepal government expected 2 million people to visit Nepal this year. Unfortunately, however, in the very first month of the year tourism sector has suffered a setback the likely continuation of which may have serious consequences for the ailing economy of Nepal. In January this year, 79686 tourists came in, while the number was 81264 tourists in the corresponding period of 2019. Overall economic scenario of the country is not at all encouraging as is manifested by rising trade gap of more than Rs. 100 billion a month and government’s inability to spend the annual budget, more specifically capital expenditure. In keeping with the past, Nepal government has reduced the budgetary outlay by about 10 percent, confessing that only 90.4 percent of the budget would be spent. Capital expenditure is taking a hit one more time in that the initial figure of Rs.408 billion has been slashed by some 11 percent. Only 15.04 percent of money under this head has been spent in sixth months. Hope the revised target is met by the end of the year. Likewise, revenue target, which was tempered with many times last year, has been lowered this year, too. This will be government’s third consecutive failure to collect the targeted revenue. It may be mentioned that Dr. Baburam Bhattari, as finance minister under Prachanda, had succeeded in collecting revenue exceeding the target, which continued thereafter but collection fell short of the target for the first time in a decade when this government took over half way through the fiscal year some two years ago. In the existing import-based revenue structure, declining imports in recent days must have been a cause of major concern. With revenue collection amounting to Rs.456 billion in six months, the current dispensation runs the risk of not exceeding the target for third time in a raw. It is said that revenue collection will be 95.6 percent of the initial target. On the growth front, Nepal government sticks to the initial target, despite cut in the annual budget and repeated pronouncements of national and international institutions and individuals that it would not exceed 6.5 percent. Remittance is still increasing but at a remarkably decelerating rate. Inflation, however, is on the rise and is likely to further increase as the disruption in supply of goods from the northern neighbor to this import-dependent country could be more serious in times to come. Apprehended serious disruption in Chinese supply chain could push up currently depressed global inflation level. Let us hope the current level of inflation in Nepal (6.4 percent) does not gallop and pray that Lord Pashupatinath protects us from the current virus as we were saved in 2003 from Severe Acute Respiratory Syndrome (SARS), originating in China, which spread to scores of countries in Asia but Nepal. China suffered sharp decline in GDP initially in 2003 but was offset by higher growth subsequently. Unlike us, huge countries\ economies in the world have the capacity to confront eventualities without letting these inflict long-lasting injuries on them.