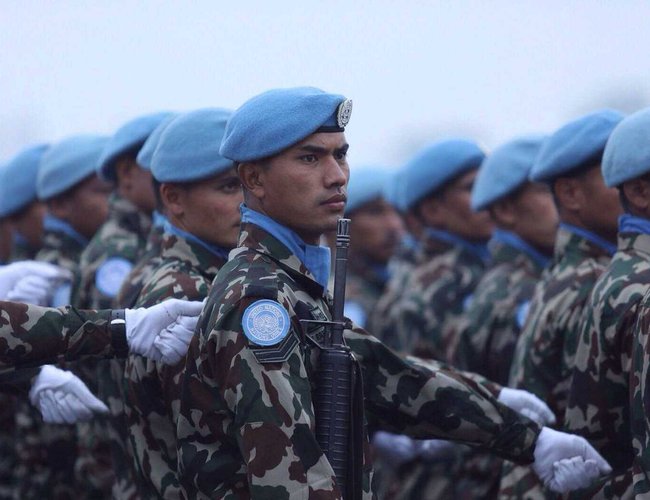 With the long history of glory and prestige, Nepal Army is the oldest institution of Nepal established with the purpose of national unification by Prithvi Narayan Shah. In its history of over 250 years, Nepal Army has seen many ups and downs. However, it continues to survive as apolitical and established institution defending national integrity and sovereignty, protecting National Parks, enhancing Nepal's image globally in peacekeeping and serving the people at times of major disasters. For the last few decades, Nepal Army has been supporting nation building, constructing many strategically important roads. With its highly specialized forces, Nepal government has also handed over the construction of Nijgadh-Kathamndu Fast Track. Given its contributions in nation building and safeguarding the nation, overwhelming Nepalese feel proud about it. However, a section of people under various disguise have been working to destabilize the institution attacking the individuals who served the institutions and who are serving now. From parliamentary committees to individuals, some have been making efforts to defame country's dependable and credible institutions. As Nepal Army is celebrating Nepal Army Day, we have analyzed its contributions in Nepal as lead feature story in this issue. Two years is a very short period to evaluate any government and the current government is no exception. However, the government led by Nepal Communist Party has completed two years in office and we have made efforts to analyze achievement and success on an average. Although there are several issues to write, we have decided to write a profile and legendary Personality Narayan Prasad Arjal as our cover story.

COVID-19 In Nepal: Save Our Lives By Keshab Poudel 1 year, 8 months ago

A Year Of Completion Of Mega Projects By Keshab Poudel 1 year, 9 months ago