Why are politicians corrupt, inefficient, and liars? The short answer is simple. It is because they are allowed to be. Because it is free. 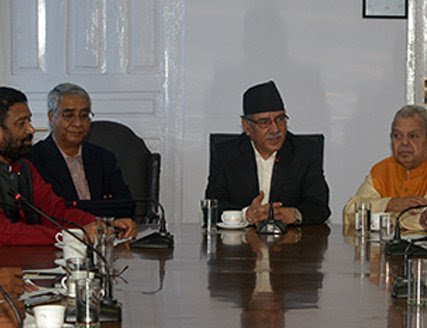 Albert Einstein once said, " Only two things are infinite, the universe and human stupidity, and I'm not sure about the universe!” Do you know that a number of elected political leaders are running legal issues in Parliament? Do you expect that the legal proceedings against them will allow the law to run properly in the country?

Whoever does not know how to govern himself cannot govern the people. Current politicians do not know how to govern themselves; they are full of cunning, selfishness, hatred, greed, lust, jealousy, envy, gluttony, and, even drunkenness, in some cases. I do not think the person who has not completed his school education will be able to develop your state and country.

Why are politicians corrupt, inefficient, and liars? The short answer is simple. It is because they are allowed to be. Because it is free. There is nothing to control them. There are no restrictions on their actions nor can there ever be because they have the power. The greatest incentive for crime is politics, especially with an omnipotent government.Today political parties crave for power to satisfy their particular personal interests, not for the general interest.

Almost all political parties in Nepal are run by pseudo-intellectuals. Someone said this well: "Where there is no vision, the people perish." Political and social ethics for a political party is diverging towards an unknown direction? Cheats, thieves, illiterates, passport sellers, mate poachers and alcoholics are found to have ensconced themselves in the political scene as the leaders of the Nepali political spectrum.

These political parties are run by people with an illusory superiority complex. They are incompetent individuals who tend to overestimate their own ability. These people are unable to recognize the ability of others. A good organization should be S.M.A.R.T. (Specific, Measurable, Achievable, Realistic, Timely). Few of them have any of those attributes. Honest and hardworking people like you and me have no stake in the political map. Adapt or perish are the only two choices left for people like you and me.

These politicians are trying to play a game that they do not quite know and they have never mastered it, nor will they learn it. The paradigm is such that we have no right choice. Just a bunch of thieves who set us up against each other.There is hardly any profession that would have a worse social judgment than our politicians. Their name is tied up with incompetence, corruption, and lying, but still, a lot of people vote for them.

Since the first barter of a drachma by a vote in Athens more than 2500 years ago, politicians have practiced the well-perfected but rudimentary art of buying votes.Today, its incentives range from alcohol, cash, food, and clothing in exchange of votes.

As time goes by, buying votes can become a difficult phenomenon to eradicate. Citizens, especially the poorest and the most marginalized, may come to believe that paying cash before the elections are the only things they get from an ineffective government. They may come to depend on it. The result is a vicious circle. Purchase of votes takes place where political parties fail to build a brand that convinces voters that they can trust their electoral promises. Lack of loyalty to the party itself meant that political parties had virtually no significance in terms of ideology or long-term commitments.

Bottom line one is we choose idiots because we're idiots. Otherwise, why do we continue to vote for people whose intellectual ability often raises serious doubts? Why would someone choose an imbecile to make decisions for us? The answer is much less simple than it may seem. An intelligent candidate is forced to pretend to be stupid to succeed in the political arena.

Do not get me wrong, all politicians are not idiots, but many of them are and those good ones are hard to find and no one listens to them.

Our society manufactures idiots. In a democracy, we are all politicians and the worst thing about politicians is that they are very similar to those whom you have chosen. Every fool always finds another bigger fool to praise him. But that's not all! After a while, they begin to brag about each other.

Why does honesty not pay in politics? Let everyone draw their own conclusion according to their own cognitive bias. What is happening in Nepal is nothing more than a consequence of years of bad political practice.

Bottom line two is idiots want the idiots to rule them in their world of corruption and where they are free to shout out crap, stupidities or complexes of race, class or gender and that is why they choose stupid politicians to represent them.

A good citizen has a vital role in a democracy. We can be good citizens if we elect the right set of people to rule in a way the country can prosper. Today we live in a world dominated by images and emotions, rather than any grand vision or realizable concept. Politics and politicians have abandoned their reasons for being in the political spectrum. Progress is not sustainable in a country where the highest positions of the policy are reached through a casting.

In politics, unlike in business, the price (value) of a vote is not fixed by the parties (companies), but by the voters (consumers). The votes are the currency we use to "buy" the candidates (products) that meet our expectations.

Based on the EC reports there are 14,054,482 voters for our local election and Ministry of Finance (MoF) allocated Rs. 20 billion in total budget for the local level election. So far 73 % of 14,054,482 cast their vote. if we do the math 1 vote cost approximately RS 1949.36. This is just an economic cost. What about long term social and political costs? For a country with brutal inequality, corruption, repression, and inefficiency, there is a need of a greater debate about the price of democracy. Democracy is getting expensive for us.

I do not believe in fate, but there are certain moments in life that almost convince me to believe that nothing is by chance. We continue to suffer this form of politics, always based on silly schools of thought -- whoever runs the show, all they do is follow political monism. Monism leads to extremism and it is often the consequence of fundamentalism. Conspiracy is not new to the political landscape in Nepal. Political parties in Nepal have the tradition to get rid of good people or create an environment where good people never get to where they should be or will not survive. Sad but true, so far they are successful.

So the million-dollar question is, did you vote for those who think you are an idiot? If you did then you might be proving they are right by voting for them. As long as these politicians keep being elected for office, we will be practicing democracy in its worst form, which is stupidocracy.

JSP-N POLITICS On Verge Of Split By A Correspondent 8 hours, 26 minutes ago