Empowering Communities To Improve Quality of Education In Nepal

Empowering Communities To Improve Quality of Education In Nepal 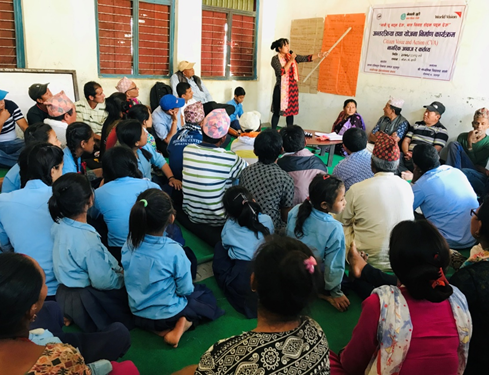 Reaffirming the belief that Sustainable Development Goals (SDGs) are the fundamental to development, the Government of Nepal (GoN) has committed to achieve these goals. The concerted efforts from the GoN and development partners have made significant progress towards ensuring the right of children in all aspects along with mandate of the constitution. The Constitution of Nepal 2015 has guaranteed every citizen the right to get compulsory and free education up to the basic level and free education up to the secondary level from the state. In addition, the government has formulated School Sector Development Plan 2016-2023 to provide quality and inclusive education for children in safe environment. To consolidate this plan, the government in 2010 AD introduced Child Friendly School Framework (CFSF) to make every school a child friendly. Nine aspects of CFSF have been emphasized amongst 149 indicators in the framework. To make it more effective the government has set Prioritized Minimum Enabling Condition (PMEC): (i) qualified teacher present in all classes, (ii) available/safe classroom for all classes, (iii) textbook for all children, (iv)book corners with supplementary books, and (v) separate latrine for girls with hand washing facility. These are minimum priority indicators for the schools to be delivered as part of its responsibility to ensure quality education.

However, efforts to achieve these minimum goals set by PMEC standards are insufficient, as there exist many barriers. This include inadequate budget allocation, reluctance of service providers to manage resources, knowledge gap amongst stakeholders about relevant policies, and lack of proper coordination between local, province and national level.

As one of the key development partners of the GoN, Word Vision International Nepal (WVIN) has been backstopping the government to help achieve the SDGs, particularly focusing on education policy and practices. Pursuant to the government’s School Sector Development Plan, WVIN designed the Education Program to provide quality education to the vulnerable children of Nepal. Since 2018, WVIN has been implementing Citizen Voice and Action (CVA), a local-level advocacy methodology, in 148 public schools across Nepal to increase the accountability of sub-national education structures for improving education quality in public schools.

Working in close collaboration with local-level stakeholders, the CVA Groups play a vital role in improving education quality. In 2018, the CVA Groups were strengthened and capacitated to support local governments and concerned stakeholders in improving quality of education in remote areas of Nepal. These groups further trained communities to engage with local governments to improvise the education related systems, policies and indicators. The CVA Groups also organized score card and interface meetings to support schools and governments to prepare school improvement actions plans, and also organized different follow-up meetings and interactions with School Management Committees (SMCs).

Headmaster of Dhanwantari Basic School in Achham district Akal Bdr. Rawal shares, “a CVA Group supported us to identify the burning issues through the interface meeting and we incorporated the action plan into our School Improvement Plan.”This statement proves that CVA Groups are working as catalyst to improve education quality in rural communities of Nepal. While majority of the plans prepared by schools have been completed, CVA Groups are continuously working with stakeholders including SMCs, Parents Teacher Associations, students and other line agencies to bring about sustainable changes in the education system.’

High dropouts and low attendance were the major challenges in Achham district. Through CVA Groups, Letter Campaign was initiated wherein school sends letter to parents inviting for meeting if the attendance of a student is less than 75% in a month. The campaign resulted in improved parents engagement and student’s enrollment and attendance. The Chairperson of Janpriya Basic School in Achham Mr. Nara Bdr. Sunar shares, "enrollment of students increased by 25% this academic year in my school.” This way the CVA Groups are working to empower communities and connect them to schools to ensure the right to education for the children in rural communities of Nepal.

Coordinator of the CVA Group based in Saraswoti Basic School in Achham Maharup Dhamisays "we took videos of the interface meeting and after few months we approached the Mayor of Panchadewal Municipality to follow up on the action plan prepared in his presence. After discussing the implementation of action plan, he allocated budget to construct a new school building.” This is only one example of Achham district. There are numerous examples in seven districts where CVA has been implemented. CVA Groups are not only making local governments accountable but also facilitating the process between the local and provincial governments for the effective implementation of action plans. Because of regular engagement with the provincial government, Masthamandu Secondary School of Doti district got USD35, 238 to construct a new building.

Purbichauki Rural Municipality of Doti district had been undergoing scarcity of reading materials. A CVA Group, following consultation with students group of Sajendrashwor Secondary School of Doti during the score meeting, highlighted the need for book corners in each grade. The SMC reflected the recommendation in their School Improvement Plan, and further coordinated with the local government for the budget. The local government, in response, accepted the proposal. The initiative to establish book corners for early graders was replicated by two other schools in Doti (Sajendrashwor Secondary School and Bhagawati Secondary School).

These groups meet regularly to discuss implementation of action plans, and also coordinate local governments and other concerned stakeholders for monitoring of schools.CVA Groups help bring pressing issues of schools, however, being the loose network, there are issues around its legal validation and sustainability. 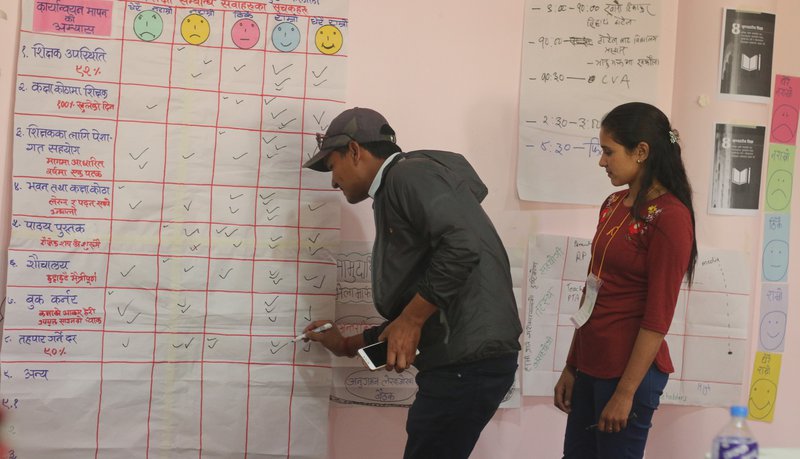 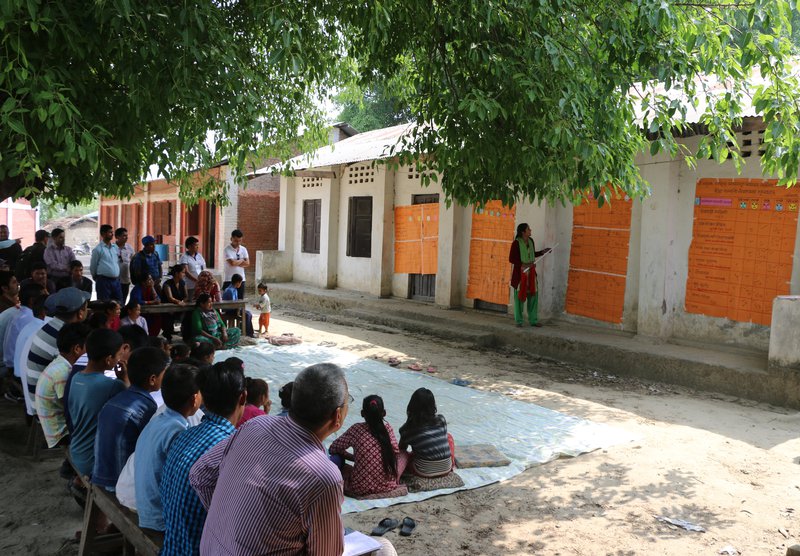 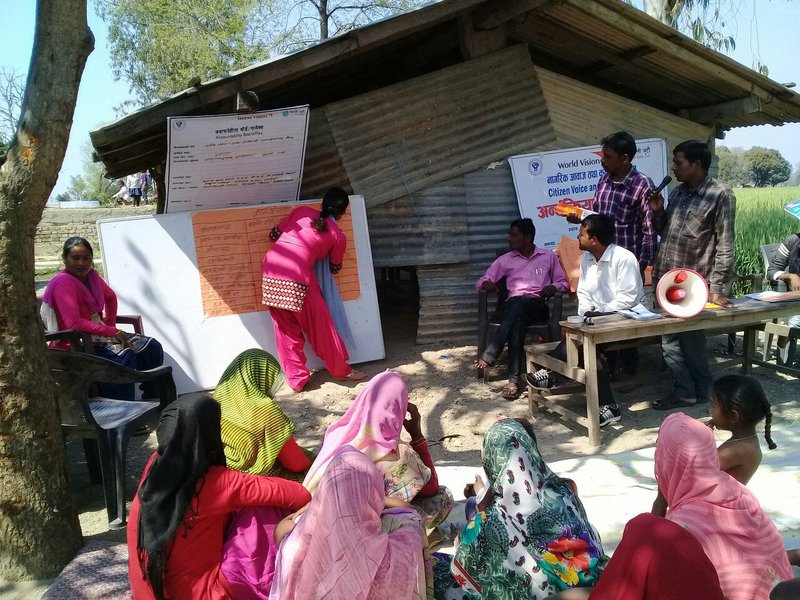 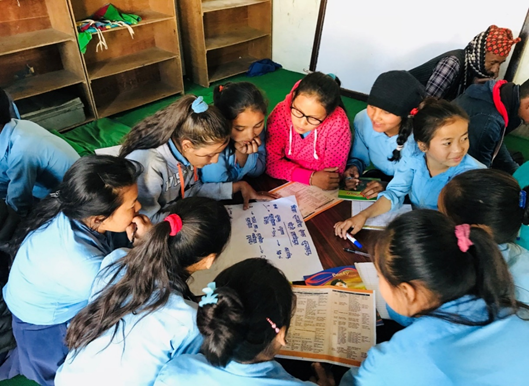 The author works at World Vision International Nepal as National Education Specialist and can be contacted at keshab_khatta@wvi.org

Gautam Buddha Airport Is Ready For Calibration Flight By Agencies 3 days, 5 hours ago

JICA To Support Improvement Of The Inclusive Sanitary Environment in Pokhara By NEW SPOTLIGHT ONLINE 1 week, 6 days ago

The United States Provides Additional Funding Support to Nepal Amidst the Second Wave of COVID-19 By NEW SPOTLIGHT ONLINE 1 week, 6 days ago