Veganism is a way of living which seeks to exclude, as far as is possible and practicable, all forms of exploitation and cruelty to animals for food, clothing or any other purpose. 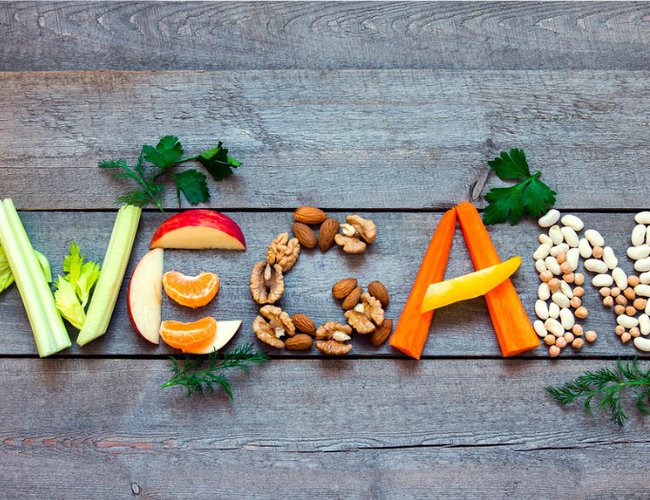 The vegan movement is arguably one of the fastest-growing social justice movements in the world today, and it is likely that this trajectory of growth will even accelerate as the movement gains greater traction.

Veganism is a way of living which seeks to exclude, as far as is possible and practicable, all forms of exploitation and cruelty to animals for food, clothing or any other purpose. The term 'vegan' was coined in 1944 by Donald Watson, who founded the Vegan Society in the United Kingdom to differentiate himself from vegetarians at that time as the idea of a lifestyle without the exploitation of animals. Veganism has been linked to the principle of ahimsa (not the principle of harmlessness), the most well-known of which was Mahatma Gandhi.

We, humans, belong to the animal kingdom. Human rights are, therefore, one form of animal rights. The rights of animals, therefore, involve, or in any case, human animals should be involved, and not vice versa. The ethical reasons for veganism are based on the belief that one should not cause unnecessary suffering to other living beings who perceive pain and suffering as much as humanly.

Based on Hindu philosophy all living beings on this earth are considered part of God. The killing of any of these creatures is a sin according to the scriptures. Many non-vegetarian animals are sacrificed for non-vegetarian food. While the consumption of meat in our culture is considered taboo and non-vegetarian food is not food for humans but monstrous food. Things like meat and alcohol are called TAMSIK food. People who eat this kind of food are often mischievous, sick, sick and lazy.

Animals are as sentient beings as we are. They are like us. They bound, feel joy, pain, sorrow, boredom, hunger, satisfaction or disappointment. They are conscious and aware of the things around them, and that is why self-preservation is important to them.

Vegans do not eat meat, fish, seafood, eggs, milk, dairy products, Gelatin, casein, L-Cysteine and carry items made from fur, wool, bones, skins, coral, pearls, or any other material of animal origin. Many vegans also avoid products tested on animals. Unlike a vegetarian whose diet is without killing, the vegan diet is both without killing and without the use of animals. Veganism differs from vegetarianism because it is reduced to a complete herbal diet.

An ethical vegan or vegan lifestyle term is often used by a person who is not only following a vegan diet but extends vegan philosophy to other areas of his life. For example, the dressing does not use hair, skin, feathers, wool, boycotts the circus, zoo, battles, etc. in entertainment. Environmental veganism refers to the rejection of animal products on the basis of that industrial exploitation of animals is harmful to the environment and not sustainable.
The Vegan phenomenon is still minor in Nepal, but it is gaining momentum. It's not easy to be vegan in Nepal. We do not have a 100% vegan shop. We have very few Vegan restaurants and hard to find Grocery items. we humans belong to the animal kingdom. Human rights are, therefore, one form of animal rights. Humans are not the only sinful beings on this planet. We share the world with millions of other animals that have their own conscience and interests. However, we try to dominate other animals and treat them as mere objects that exist for our benefit. This is due to the prejudice of speciesism. Let's start now a new world by teaching others to show compassion for animals.

People who wish to advance on the eternal spiritual path are advised to leave behind all violence towards other living entities of body, speech or thought. There is no religion superior to this one. Anyone interested in being truly religious or spiritual and possessing a true faith in God or the Soul should only eat vegetarian foods and should never, under any circumstances, eat non-vegetarian foods.

Becoming a vegan is a difficult choice that requires a lot of self-analysis and commitment. Although it is not easy, it is a decision that can change our lives for the better. Vegans are usually people motivated by courage, who care about the world and the environment. Vegan food is tasty and nutritious and also does not cause harm to anyone or anything. When a human kills an animal for food, it is neglecting its own hunger for justice. Remember, The soul is the same in all creatures.

Being vegan is respecting the planet you live in and a way to contribute to a cleaner and fairer world. Vegetarianism/ veganism is not only a diet, a philosophy, but it is also a way of life. The vegan lifestyle is the pathway to unite your mind, body, soul. I am not perfect. I don't have all the answers, but all I am doing is to make this world a better place to live. You should not have to end someone else life to live your life. If You Can't Be 100% Vegan, Be A Partial Vegan. Let's get started now, Reducing the intake of animal product brings many benefits to both health and our planet.

Why It’s In India’s Interest To Quell The Political Crisis In Nepal By Ranjit Rae 1 week, 1 day ago