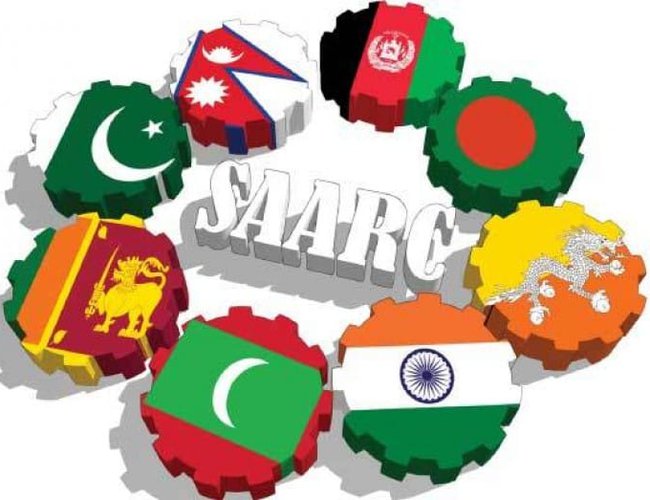 Despite his health, Prime Minister K.P.Shrma Oli will participate in the The SAARC video conference proposed by Indian Prime Minister Narendra Modi to discuss the joint strategy to fight the coronavirus outbreak is going to take place on Sunday 5:00 PM Indian time.

.“Coming together for common good! 15 March, 1700 IST PM @narendramodi will lead India at the video conference of all SAARC member countries, to chalk out a strong common strategy to fight COVID-19 in the region,” Indian External Affairs Ministry spokesman Raveesh Kumar tweeted on Saturday.

Prime Minister Modi had on Friday proposed the video conference involving all members of Saarc. He had said: “I would like to propose that the leadership of SAARC nations chalk out a strong strategy to fight coronavirus. We could discuss, via video conferencing, ways to keep our citizens healthy. Together, we can set an example to the world, and contribute to a healthier planet.”

Presidents of the Maldives and Sri Lanka Ibrahim Mohamed Solih and Gotabaya Rajapaksha respectively and Prime Minister of Bhutan Lotay Tshering also expressed their solidarity with the proposal in the afternoon on Friday while Bangladesh and Pakistan also joined the team in the evening.

He called for leaving no stone unturned for ensuring that people in South Asia, home to nearly one-fourth of the world population, remain healthy.

The idea was welcomed by all countries in the region and Pakistan immediately confirmed its participation. Foreign Office spokesperson Aisha Farooqui tweeted: “The threat of #COVID-19 requires coordinated efforts at global and regional level. We have communicated that SAPM on Health will be available to participate in the video conference of #SAARC member countries on the issue”.

South Asia is on edge after an increase in the number of confirmed cases. India has 84 confirmed cases, Pakistan 30, Afghanistan 11, Sri Lanka 10, Maldives 9, Bangladesh 3, and one each in Nepal and Bhutan. Two deaths from novel coronavirus have been reported from India.

All countries have individually taken measures to prevent transmission of virus within their borders. Pakistan on Friday announced sealing of borders with Iran and Afghanistan, closure of educational institutions, marriage halls, and cinema/theaters, besides asking courts to adjourn cases.

It is feared that countries in South Asia could struggle to deal with the pandemic because of inadequate health infrastructure and dense population. Moreover, poorly organised cities and towns would make it difficult to impose lockdown, like the one seen in China, Iran, Italy and some other countries, if the situation aggravates.

However, the initiative of coming together in search of a joint strategy to control the virus is in itself said to be significant for the region that is described as the least integrated region and one beset by deep political rivalries.

Saarc has not been able to hold its summit for over three years because of India’s virtual veto over Islamabad hosting the event. This has now become the longest break in Saarc’s summitry.