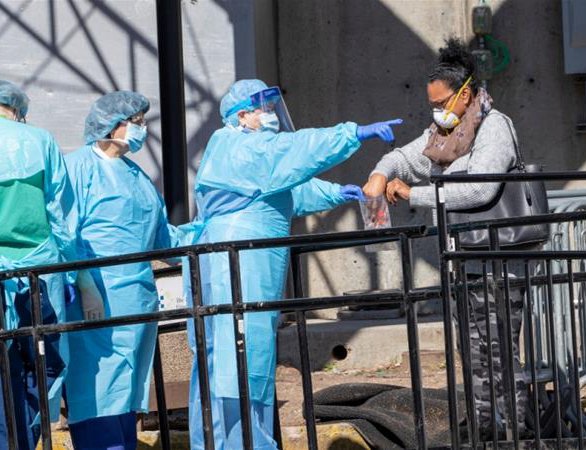 Johns Hopkins University data shows that more than 526,000 have been infected worldwide with more than 23,700 deaths.

The United States now has more coronavirus cases than any other country with close to 84,000 ones, according to Johns Hopkins University, pushing the total around the world to more than 526,000 as the death toll inches closer to 24,000 as of early Friday.

Italy reported the highest death toll with more than 8,200 deaths.

In India, where the country's 1.3 billion people were under orders to stay home, legions of poor were suddenly thrown out of work and many families were left struggling for something to eat.

Study: Coronavirus could kill more than 81,000 in the US

The coronavirus pandemic could kill more than 81,000 people in the United States in the next four months and may not subside until June, according to a data analysis conducted by University of Washington School of Medicine.

The number of hospitalised patients is expected to peak nationally by the second week of April, though the peak may come later in some states. Some people could continue to die of the virus as late as July, although deaths should be below epidemic levels of 10 per day by June at the latest, according to the analysis.

The analysis, using data from governments, hospitals and other sources, predicts that the number of US deaths could vary widely, ranging from as low as around 38,000 to as high as around 162,000.

Nepal To Start Second Dose Of COVID-19 Vaccine From April 20 By Agencies 11 hours, 38 minutes ago