Now the Covid-19 pandemic will certainly bump up the number of undernourished people. It is projected that for any one percentage point slowdown of the global economy, the number of poor-and with it the number of food insecure people-would increase by 2 percent 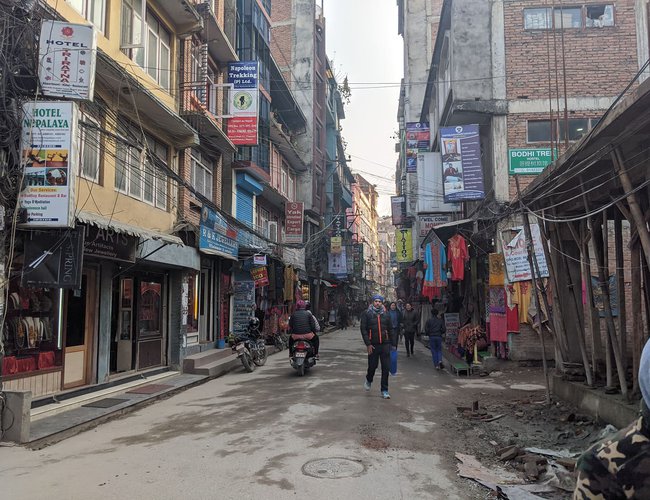 Nowadays the death figure of Covid-19 each dayis shocking everyone,sometimes it crossed 7000 a day. However, very few people are aware that hunger is the biggest cause of death even today. Ten million people die every year (more than 25,000 per day) due to hunger and hunger related diseases.Over 2.5 million Indians die of hunger every year that counts over 7,000 every day. A child dies from hunger every ten seconds. As per UNICEF report (2018) approximately 3.1 million children die from under nutrition each year. That is nearly half of all deaths in children under the age of five. Thus, the hunger is still the world’s biggest health problem.

As per the FAO report(2019),820 million people are suffering from hunger around the world. The largest number of undernourished people (more than 500 million) live in Asia, mostly in southern Asian countries. The Global Report on Food Crisis, 2019 reveals that more than 113 million people across 53 countries experienced acute hunger requiring urgent food, nutrition and livelihoods assistance. WFP estimates (2016) that 66 million schoolchildren go to school hungry. There are about 40 per cent of the world’s population without access to water and sanitation.

Now the Covid-19 pandemic will certainly bump up the number of undernourished people. It is projected that for any one percentage point slowdown of the global economy, the number of poor-and with it the number of food insecure people-would increase by 2 percent. Economists projected that the global growth could be cut in half in 2020, to 1.5 percent from an earlier forecast of 3 percent. That would push more than 21 million people immediately to food insecure zone. This estimate is made for the economic slowdown. But the present condition of the economy is ‘locked down’. So, it is obvious that more people than estimated might have been already pushed to hunger.The OXFAM’s new report “Dignity Not Destitution” presents that the economic fallout from the corona pandemic could push half a billion more people into poverty unless urgent action is taken, calling on world leaders to agree an ‘Economic Rescue Package for all’ to keep poor countries and poor communities afloat. WFP estimates that more than 320 million primary schoolchildren in 120 countries are now missing out on school meals. It seems the famine has already started in LDCs due to the lockdown and distribution halt since significant number of populations spend up to 75 percent of their income for food stuff. The supply chain disruptions halting the food supply further compound the severity of the pandemic. Globally the human jobs have already been shrinking due to the digitalization ILO has estimated that the global market will lose up to 25 million jobs due to this epidemic. The latest dire assessment reflects the full or partial lockdown measures affecting almost 2.7 billion workers – four in five of the world’s workforce. Losing job is the further losing affordability for the food stuffs. Massive job loss will hard-hit to the labour-sending countries since there will be heavy fall in remittances. Remittance dependent household will lose the coping strategy for hunger. It will further push up the prevalence of the hunger population. The Covid-19 pandemic is hitting hard an already weak and fragile world economy. However, it does not exempt the developed ones as well since cases are more prevalence in those countries. Thus, the pandemic has firsthand impact at availability and access of the food stuff around the globe. The consequences of this crisis will be particularly severe on vulnerable groups, especially to women and young adults, and those working in the informal sector who have no access to social protection and unemployment insurance. It will have hard-hit even harder to the hardcore poor like daily wage-earner, slum-dwellers, disables, refugees and migrant workers. The expansion of the “gig economy” will further increase youth vulnerabilities in employment. Nevertheless, there are some protracted conflicts also going on simultaneously such as; Afghanistan,Yemen, Ethiopia, Burkina Faso, Libya, Iran, Israel and the Persian Gulf. Millions are on the brink of starvation due to the conflict. Some 74 million people, more than two thirds, of those facing acute hunger are affected by conflict or insecurity. What would happen if the Covid-19 pandemic spreads largely in those countries? Symptoms are already seen through. There is also the chance of emergence of new conflicts and/or famine due to this Covid-19 tremor.

Immune system is built with the food intake to deal with the externalities in human body. The fact is that the human races or genes have evolved in course of human civilization and grown up with the herbivorous food around their shelter that made immense immune to disease. But the neoliberal economic policy damaged the local food system and made ubiquitous food that loses immunity. As a result, whatever the disease, the disease can be worldwide. Recent experience has shown that in countries with less liberal economy, such capacity is not lost immensely. Rob Wallace tracks the ways influenza and other pathogens emerge from an agriculture controlled by multinational corporations in his book “Big Farms Make Big Flu”. Highly capitalized agriculture may be farming pathogens as much as chickens or corn. He writes, “it pays to produce a pathogen that could kill a billion people.” Likewise, Laura Spinney, a science journalist, describes how the big companies pushed out the small farmers closer to viruses that infect them lurk. Starting in the 1990s, as part of its economic transformation, China ramped up its food production systems to industrial scale. With this smallholding farmers were undercut and pushed out of the livestock industry. Searching for a new way to earn a living, some of them turned to farming “wild” species- closer to uncultivable zones-the edge of the forest where bats and the viruses infect them lurk. hence, so did the risk of aspillover. It has contributed to the increasing number of zoonoses. In this way neoliberalism promoted the big firms which not only make big flues but also damage the human immune system. In fact, this is a kind of “neoliberal atrocity”. Food is not only the commodity rather it is a human capability and righteous movement; i.e. right to food and food sovereignty. So, it has been essential to restructure the world economy that favors restoring the local food regime which regenerates human immune, protects environment, respects cultural diversity and rewards human pluralism.

The impact on food security generates multiple chain effects in families, society, state and globe as a whole. To some extent it becomes viciously generational. Economic turbulence continued to erode livelihoods and destroy lives. Low- and middle-income countries are exposed to external vulnerabilities. So, the impact goes long-lasting cyclically creating brake on economic recovery even after the viral pandemic is over. Economic shocks are the primary driver of acute hunger. Therefore, this is much more than a health crisis. It is a human crisis. Nevertheless, the state and the society have to respond these issues, protecting people from Covid-19 and hunger, in an appropriate way. There should be immediate humanitarian response since the people facing acute hunger are in the most dangerous zone. Several nation-states have announced relief package for such vulnerable groups. Some effective measures can be community food banks, food aid, cash or kind transfer, food vouchers, ration-cards, etc. The most challenging issue is the access of food due to the halt in distribution chain and price volatility. For this state has to be proactive to strengthen its regulatory and operational mechanism. Revival of household income will usher the global economy back to life. To keep the employment somehow intact, the ILO assessment report calls for urgent, large-scale and coordinated measures across three pillars: protecting workers in the workplace, stimulating the economy and employment, and supporting jobs and incomes as the Covid-19 outbreaks continues. These measures include extending social protection, supporting employment retention and financial and tax relief, including for micro, small and medium-sized enterprises. Protective measures are essential that stimulates vulnerable people to grow up for the economic revival. Countries must commit to do their utmost to protect the labour force, including workers who depend entirely on daily earnings and those in the informal sector and support their employment and income. Direct support to enterprises, particularly to SMEs and mobilize large injections of concessional finance even from the private lending agencies may support to ensure livelihood security. These need to be complemented with coordinated monetary and financial policy measures. In the changed context, diversification of livelihood strategy has to be undertaken that is adoptive with the 'gig economy'. Reducing food loss and wastage can be instrumental to feed the people facing acute hunger. Food wastage occurs in different stages of ‘farm to flush’ process. The most often quoted estimate is that ‘as much as half of all food grown’ is lost or wasted before and after it reaches to consumer. It would preserve enough food to feed 2 billion people- more than twice the number of undernourished people across the globe. It would also increase household income, improve food availability, reduce food imports and improve the balance of trade. However, for that it needs to restore the distribution chain intact, otherwise, the lockdown may further increase the food wastage as the farmers being not able to bring production to the market. Safety-nets are important safe-guards for food security. Civic actions are the crucial safety-nets that build capacity to break through the glass ceiling and bring the emancipatory shift. Likewise, an energetic press may be the best early warning system for famine that country can devise as watchdog.

Foremost concern is to revive the economy with a new dimension. The global production, trade, governance and power structure under corporate regime in neoliberal economy have not been able to eliminate hunger, rather it upheld and reinforced inequalities. The Committee on World Food Security has insisted country-led processes towards the elimination of hunger. The Zero Hunger Challenge, an international commitment envisioned for “world without hunger”, has reemphasized ending hunger by 2025 sustain-ably. Likewise, the United Nation’s SDGs call on all countries to end hunger in all its forms by 2030. But the present pandemic made it harder to achieve these goals in accredited time; neither the continuation of neoliberal economic policy complies for. It needs protective intervention from the state which focuses on building local food regime-peasants command over food system- that La Via Campesina, the peasants’ movement, has been campaigning since 1996. It strengthens the community resilience on food security and also reduces carbon emission. However, land reform, assuring cultivable land to farmers, and agrarian reform, focusing on value chain, are must in such interventions. The community financing would be the essential part for accessing capital to the farmers. Such economic policy has been termed as ‘Protective Liberalism’ or politically as ‘Liberal Socialism. Inclusive society from bottom to top is the basic part of protective liberalism whereas building inclusive governance from the bottom is the hardcore strategy of the liberal socialism. It would bring the emancipator shift in the lives of the marginalized ones, i.e. transformative democracy. The ‘Cronomics’ can be the foundation for Human Economics which would be the ground rule to build the local food regime- homegrown approach to eradicate hunger.

(Dr. Bk is a Joint-Secretary of Nepal Government and the author of the book "Eradicating Hunger: Rebuilding Food Regime")

Caste-based Practices Decreased But Not Momentum: A Review Of The Studies Commissioned By FCD
Mar 18, 2022
The Social Life Of COVID-19 Pandemic: Escalating World Hunger
May 27, 2021
The Luxury Lockdown: Tackle To Covid-19, Fatal To Hunger
May 21, 2020
Rise Of Liberal Socialism To Reshape The Coronomics
May 07, 2020
Global Economy After COVID-19 Pandemic
Apr 01, 2020