Al-Aqsa Closed For Ramadan Over Coronavirus 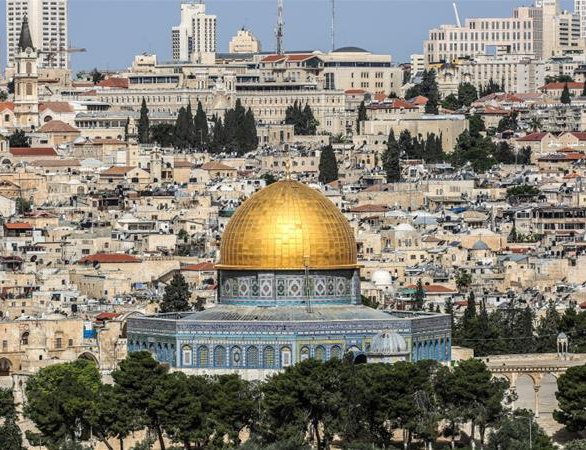 Jerusalem's Al-Aqsa mosque compound will be closed to Muslim worshippers throughout the holy fasting month of Ramadan due to the coronavirus pandemic, Muslim clerics at Islam's third-holiest site have announced.

In a statement published on Thursday, the council said the move was "in line with legal fatwas [clerical opinions] and medical advice".

Muslims should "perform prayers in their homes during the month of Ramadan, to preserve their safety", the council said.

In one sign of normalcy, the Muslim call to prayer will still take place five times daily at the site during Ramadan, and religious workers will still be allowed entry, the statement added.

Ramadan will start around April 23.

It typically draws tens of thousands of Muslims daily to the mosque and the adjoining Dome of the Rock for evening prayers known as Taraweeh.

Muslims believe the site to be where the Prophet Mohammad ascended to heaven.

Jerusalem has sites sacred to Judaism, Christianity and Islam, and all three religions have taken coronavirus precautions.

Last week, Jews marking Passover in Jerusalem and across Israel were required to stay at home and celebrate only with immediate family.

Typically large Passover prayers at Jerusalem's Western Wall, the holiest place Jews are allowed to pray in the city, were attended by only a handful of worshippers.

At the Church of the Holy Sepulcher, what are usually festive, pilgrim-filled Easter ceremonies at the shrine revered as the site of Jesus's crucifixion and burial have been marked by small groups of clergy, often wearing face masks.

All mosques in Gaza have been closed since March 25, and in the West Bank since March 14.