Possibilities Of Economic Growth In Nepal After COVID 19 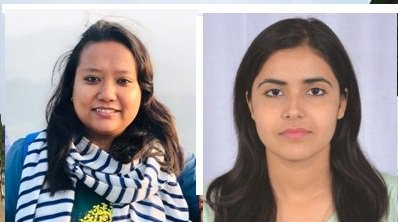 Nepal Police had recorded 1,28,022 who entered the Nepal border from India and around 40,000 workers were barred for foreign employment. According to census 2011, 40.3 percent of the total population are youth between 16-49 years in Nepal. The aftermath of COVID 19 can be a marking time for Nepal to take advantage of its current demographic dividend and speed up economic growth by engaging in-country youths, returned migrants and potential-to-return migrant youths in economic activities.

Demographic dividend refers to economic growth potentiality due to a higher number of people of working age in comparison to non-working people. It starts when fertility as well as mortality, starts falling downward. A demographic situation, also called ‘demographic window of opportunity’ stays for a certain time and then a country starts aging. The National Planning commission reports that Nepal will transit to an “aging society” in 2028, and into an “aged society” by 2054.

The situation of the demographic dividend will remain for a few years but the State has not taken much advantage and has not invested in youths so that it could be more profitable to the nation in the coming years. In dire need of economic opportunities, many youths went for labor migration to other countries and the crisis of brain drain hovered the nation. The out-migration of working people has posed great threats to the nation by slowing down the possibility of economic growth. If these youths had stayed in the country and appropriately engaged in production and development, the country could have been self-reliant. However, these migrated workers have contributed to keeping our economic system stable; a larger portion of our GDP is composed of the money they have been sending to their families.

At present fighting with the COVID virus is the main concern but once it is over, engaging the youths including returnees should be the main concern of the government. Any sort of pandemic and other humanitarian crises will create an immediate imbalance in the GDP of Nepal as 26% of our economy was composed of remittance sent by migrant workers back home as per Nepal Rastra Bank. With the spread of COVID 19, the Nepali Government itself has halted the process of granting and re-issuing work permit visas for immigrant workers. Most of the industries in gulf countries have either shut down or minimized production leaving many Nepali migrant workers jobless. Thus, they are not able to send money or the amount will be decreased.

In the face of a crisis of COVID 19, many economic and labor economists claim that the world economy will be highly impacted due to the world-wide lockdown and human casualties. Many people will lose their jobs, and small businesses will have a hard time and face repercussions to bounce back recovering the loss. Our migrant workers working in foreign countries will be the first hits in this situation. Most of the economies that our state receives remittance from, they are likely to have a serious situation of economic crisis. According to a projection, 15 percent of the GDP will get directly hit from this pandemic. Our youth working in those economies will be the first to have to leave the work consequently creating an economic crisis because of disruption in global supply change. This will be further heightened with the possibility that gulf economies may introduce policies to promote employment for their own citizens in the sectors so far being occupied by migrant workers in their countries.

In this situation, it can be estimated that migrant workers will come back to the country. This will be an opportunity for Nepal to get prepared with policies and plans to hold these returnees in the country. Similarly, many people have returned back before the lockdown, it’s up to the State if these people should be held back forever and redirect their skill, knowledge and energy to strengthen in county economic system. Since the Nepalese economy is in its early stage of development with the largest share provided by agriculture, there are various sectors for the engagement of migrant workers. Having said that there are many economic opportunities to be explored which will diversify GDP composition. At present, the federal structure of the State, three tiers of government; federal, provincial and local governance system has provided an opportunity to local government to formulate and execute their own development plans and policies for the youth engagement, including return immigrants. It will also create an environment of trust and mutual coordination between the local government and the general public. Engaging them in economic enterprises, tourism activities, modernized agriculture production are some of the possibilities.

Taking advantage of the population dividend is more crucial in the face of impacts brought by COVID 19 because people will be in a state of confusion, fear and loss. It was a known reality that Nepal has a golden period till 2028 and therefore the nation should invest in its youth population. Nepal Government should make a resilience plan mainstreaming the youth population, to take benefits back to strengthen its economy. If the country can utilize this time strategically our country's economy can stand out in this hard-hitting situation. However, COVID 19 pandemic has reminded us of our fragile economic system. This can be a reality check for Nepal.

Nirmala Maharjan: Nirmala Maharjan is associated with CARE Nepal as a Gender Equality Diversity and Social Norms Specialist. She has completed her Master in English Literature and Post-Graduation in Women's Studies. She has a keen interest in gender, social inclusion and governance issues.

Bindu Sharma: Bindu Sharma is a graduate of international cooperation and sociology. She is active in the field of women’s human rights in Nepal and is majorly interested in issues related to gender, migration and economy

Unmet Nutritional Need Of Women And Girls During The Humanitarian Crisis
May 05, 2020

Nepalis Are Optimistic:Findings Of SNP 2020 By Dr. Chandra Lal Pandey 4 days ago