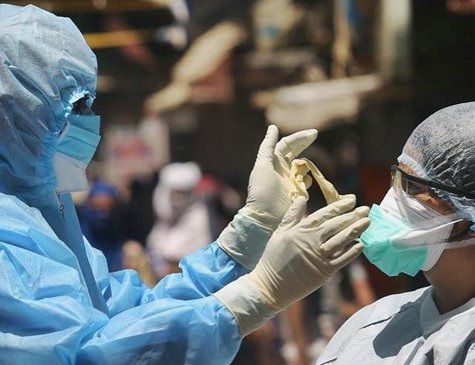 India has increased daily testing capacity up to 75,000 per day from May1 from 4346 per day on April1 reports Indian Express.

Between the second half of January — when India first started testing foreign travellers (the first case was reported on January 30) — and April 1, only 42,788 samples had been tested. The total number of tests crossed a million on Saturday (1,043,000) — 71,093 samples were tested in the last 24 hours, till about 9 pm.

It began with gradual expansion of the testing base in phases, to eventually include all those with flu-like symptoms, regardless of travel or contact history, in the hotspots. In addition, manpower was diverted from other programmes, and equipped laboratories in the government sector, and later in the private sector too, were roped in to conduct tests. Currently, there are 419 laboratories, including about 100 in the private sector, which conduct the tests – there were just about 20-30 in March.

There is a reason for the push. According to NITI Aayog’s presentation shared with states last week, if the lockdown was lifted as scheduled on May 3, the number of cases was estimated to touch 65,000 by May 15, and 2.7 crore by August 15.

With about 4 per cent of samples testing positive as per the current trends, just to identify that many cases would require testing on a massive scale.

“We went very systematically with a clear goal in mind, we should be looking at 1 lakh tests daily. We expanded the testing base with timely revisions in testing strategy to eventually include all patients of influenza like illness (ILI),” said C K Mishra, Secretary, Ministry of Environment and Forests, who chairs the empowered group on availability of hospital beds, testing facilities etc.

Fourteen institutions, including AIIMS-New Delhi, PGIMER-Chandigarh, CMC-Vellore, JIPMER-Puducherry, SGPGIMS-Lucknow, have been picked as “mentors”, to guide the medical colleges/ labs/ hospitals in carrying out tests. Another 15 institutions are working as depots for supplying testing kits/ material to these labs.

Till date, 45 real-time PCR kits, including those manufactured by 20 domestic companies, have been validated by ICMR centres. Foreign missions were roped in for procurement of testing kits.

Mishra said there are enough kits for the RT-PCR tests, with the RNA extraction kits, which had limited stock earlier, starting to roll in, and several domestic manufacturers of the viral transport medium kits also diversifying into the RNA extraction kits. The first machine from Roche, which can test 1,300-1,400 samples daily is also up and running.

With these, the government is now targeting 1 lakh-1.20 lakh tests per day. Scientists from the Indian Council of Medical Research (ICMR) had earlier estimated that this target could be reached by shifting to a 24-hour working model and using machines available with various organisations such as NACO and the National TB Elimination programme.