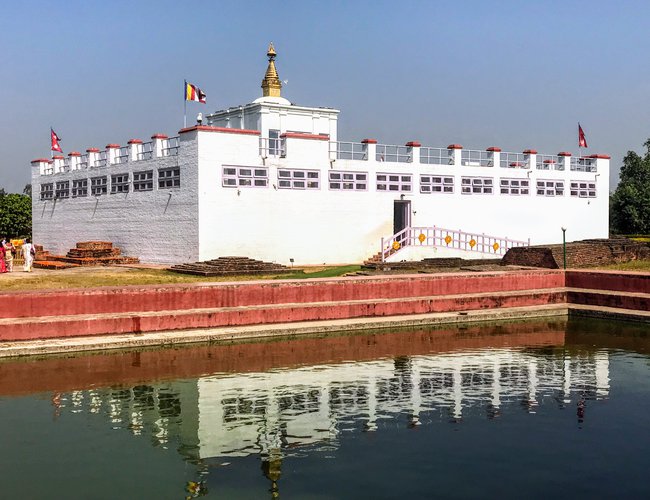 As Nepal is under a lockdown, Nepal is celebrating Buddha Jayanti in a low profile containing the mass gathering of people. Special program will be organized in Lumbini, birth place of Buddha and Kathmandu valley.

Anandakuti Bihar is going to host a special program in Swayambhu and other Bihars in valley are hosting the programs. Today is also national holiday in Nepal.

Buddha Jayanti is a special day for both Hindus and Buddhists in Nepal. On this day people celebrate the life of Lord Buddha; his Birth, Enlightenment and Mahaparinirvana (Death).

Buddhists in Nepal celebrate Buddha Jayanti on the full moon day in the Buddhist month of Baishakh. This is normally in May on the Gregorian Calendar. In Nepal, the birthday of Buddha (Buddha Jayanti) is of special significance to many because Nepal is the birth place of Siddhartha Gautama Buddha.

According to legend, Buddha was born at a pond in the Lumbini Garden in Nepal’s Rupandehi district. You can still see this site today, and it is a UNESCO World Heritage Site. It is also said that Buddha’s mother, Maya Devi, died seven days after giving birth to Buddha, and an idol of her is erected at the Lumbini site.

At the age of 29, Siddhartha left his royal palace and beheld the sufferings of the people all around him. He noticed disease, old age, and death, and then set out on a life-long quest to decipher the cause of all suffering.

It is taught by Buddhists that Buddha was born, attained nirvana, and died all on the same day, the full moon of Baishakh in India. And although people have believed these things and celebrated Buddha’s birthday for many centuries, it was only in 1950 that the exact official date of Buddha’s birthday was set by the World Fellowship of Buddhists.

Buddha’s conclusion was that desire is the cause of all suffering and of all evil. Thus, the elimination of desire is the cure. He also taught many other principles, morals, and mantras that Buddhists devoutly remember during Buddha Jayanti.

Lumbini, in the western Terai plains of Nepal, is the place where Prince Siddhartha (known as the Buddha) was born. The newly-born Prince is believed to have taken seven steps and uttered a timeless message to all humanity. It is believed that this happned in the beautiful Sal grove, which is now the focal point of the Lumbini Garden area.

The Nativity Sculpture at Lumbini that depits the birth of the Buddha.

As per widely held beliefs, Maya Devi, the Queen of Shakya King Suddhodhana of Kapilvastu, gave birth to the Prince Siddhartha while passing through the Lumbini Garden, on the day of "Vaishakha Poornima" (full-moon day of May) in 623 BC.

The Queen is believed to have taken a bath in Pushkarini (the Sacred Pond) and taken support of a tree branch in anticipation of the delivery, before giving birth to the little infant, who went on to become the Buddha.

Lumbini - the birthplace, Tilaurakot or Kapilvastu - where Buddha spent his first 29 years, Devdaha - his maternal home, and other sacred places and monasteries all over Kathmandu and Nepal, are crowded with devotees on the day of Buddha Jayanti.

In Kathmandu valley, Buddhists of all persuasions as well as pilgrims from abroad, honor the Buddha at the two great stupas Swyambhunath, Boudhanath and the largely Buddhist city of Patan. Activities at the main Buddhist s

The time of Gautama Buddha's birth and death is uncertain. However, most historians date his lifetime between 563-483 B.C.

Swasthanibrathakatha To Conclude Today By Agencies 1 day, 17 hours ago