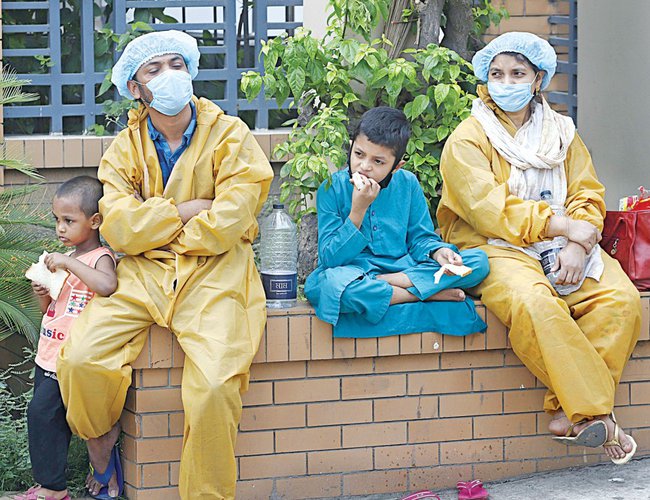 Eight people died and 636 tested positive for Covid-19 across the country in the 24 hours until 2:30pm yesterday, said the Directorate General of Health Services (DGHS). Bangladesh has 13770 corornavirus confirmed cases with 214 death and 2414 recovered reports Daily Stary

While informing about the latest Covid-19 situation in the country through a bulletin yesterday, Prof Nasima Sultana, additional director general (administration) of DGHS, said 5,465 samples were tested in 35 laboratories across the country in the 24 hours.

Meanwhile, with four positive cases detected in Rangamati yesterday, people of all 64 districts in the country were now infected with the virus.

Prof Ridwanur Rahman, an infectious disease specialist, recently told The Daily Star that the number of positive cases would increase further as soon as the daily testing capacity goes up.Link

Prof Mohammad Shahidullah, president of NTAC, recently told The Daily Star, "We have recommended addressing the issues as early as possible to increase the number of daily tests."

In the last seven days until yesterday, the highest 6,260 individuals' samples were tested on Monday. Of them, 688 tested positive.

On Wednesday, the highest 790 cases were detected after testing 6,241 individuals' samples.

On the other days, it stayed stagnant near 5,500 on average.

In yesterday's press bulletin, Prof Nasima Sultana shared the recovery and death rate of the Covid-19 patients in the country.

Around 17.5 percent of all the detected Covid-19 patients in the country have recovered from their illness while 1.5 percent died, she said.

According to the Institute of Epidemiology, Disease Control, and Research (IEDCR) website, Dhaka city continued to be the worst affected region in the country with a total of 6,423 positive cases detected here so far.