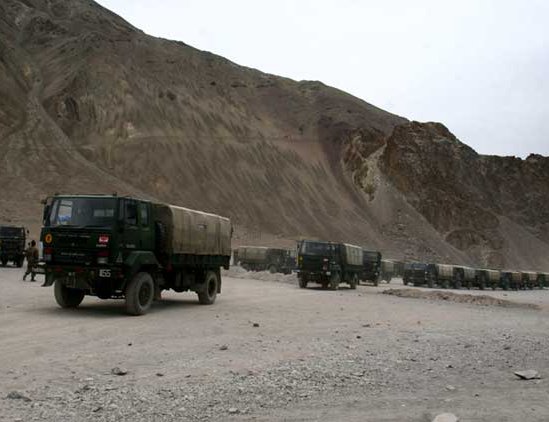 The situation on the ground in the Pangong Tso area, sources said, had been brewing for over two months when the PLA started objecting to movement of Indian patrols up to Finger 8.

A week after Indian and Chinese troops came to blows in a disputed area near Pangong Tso, a lake in eastern Ladakh, and IAF fighters took to the air, tensions remain high in the region. Troops on either side of the Line of Actual Control (LAC) have been on high alert though there has been “disengagement” after the incident on May 5-6 night near an area known as Finger 5 on the northern bank of Pangong Tso.

The area under Indian control is manned by an infantry battalion but additional troops remain on alert for any contingency. The Chinese, sources said, too augmented their strength in the area once tensions rose late April.

The LAC cuts through Pangong Tso, with the 45-km long western portion of the lake under Indian control and the rest under Chinese control. It lies in the path of the Chushul approach — in Indian assessment, it is one of the main approaches China may likely use during any offensive.

The mountains on the lake’s northern bank jut forward in major spurs, which the Army calls “fingers”. India claims that the LAC is co-terminus with Finger 8, but it physically controls area only up to Finger 4.

Chinese border posts are at Finger 8, while Indian border posts are located close to Finger 3. The Chinese claim that the LAC passes through Finger 2. The area between the two differing perceptions is the disputed territory which both armies try to dominate through regular patrolling. Sources said that “no Chinese soldier is on Indian territory in the area as per our perception of the LAC”.

In a statement, the Army said “incidents of faceoff and aggressive behaviour occur on LAC. Patrols disengage after local-level interaction and dialogue. Temporary and short duration faceoffs occur as the boundary is not resolved. Troops resolve such incidents mutually as per established protocols”.

The situation on the ground in the Pangong Tso area, sources said, had been brewing for over two months when the PLA started objecting to movement of Indian patrols up to Finger 8.

PLA troops even tried to physically stop Indian patrols beyond Finger 2. For the Indian side, Finger 1 acts as a bottleneck and they patrol on foot beyond that point.

The Chinese usually patrol on a motorable road in two-three light vehicles. This 5-km road inside Indian territory along the lake’s bank was built by China during the Kargil War in 1999, when India was fighting Pakistani intruders in the Kargil-Dras-Batalik region.

After the Chinese attempted to restrain Indian patrols, the Indians responded by asserting their claim with PLA patrols which led to tensions between the two side.

Around six years ago, the Chinese had similarly tried to undertake construction at Finger 4 which was stopped by the Indians. The Chinese eventually vacated the area but on August 15, 2017, this area witnessed fisticuffs and stone-throwing between Indian and Chinese patrols — at that time, the two armies were locked in a tense faceoff in Doklam.

On the night of May 5-6, as reported by The Indian Express, there was a physical fight between the soldiers of the two armies. At least two senior officers of the Indian Army were among the dozens injured in assaults by Chinese troops using bats, batons with nails, and metal rods. Indian soldiers retaliated, leaving many Chinese soldiers injured.

Before this incident, an Indian Army helicopter carrying a senior officer came in close vicinity of two Chinese military helicopters in the area. Sources said the Chinese helicopters came dangerously close to the Indian helicopter and the Chinese personnel on board made aggressive gestures.

After the incident, two Su-30MKI of the IAF from the Leh airbase were also airborne in the area. IAF sources maintained there was no airspace violation by either side, and it undertook routine training flying in the area on May 5.

Under the existing arrangement between India and China, no fighter aircraft can come within 10 km of the LAC without prior intimation to either side. For helicopters, the distance to be maintained from the LAC is 1 km.

India Asks States To Speed Up COVID-19 Vaccination By REUTERS 2 weeks, 4 days ago