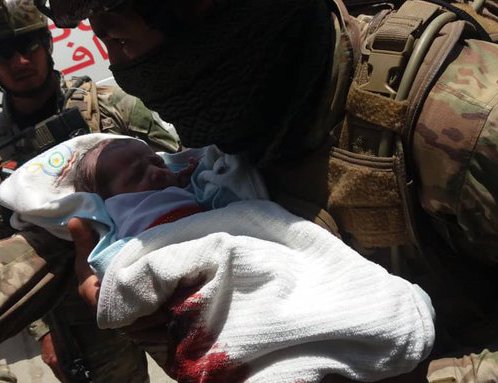 The number of people who were killed in a militant attack on a maternity ward in the Afghan capital has risen to 24 reports BBC.

Mothers, newborn babies and nurses were among the victims. At least 16 people were injured, the health ministry said.

According to BBC, Tuesday's attack in Kabul prompted widespread condemnation. No group has said it carried it out.

In a second incident that day, a suicide bomber killed at least 32 people at a funeral in Nangarhar, in the east of the country.

President Ashraf Ghani has ordered the resumption of offensive operations against the Taliban and other groups. He accused the militants of ignoring repeated calls for a reduction in violence.

It is still not clear who carried out the attack at the Dasht-e-Barchi hospital in Kabul, and the Taliban have denied any involvement.

Nineteen babies have been taken to safety in a children's hospital in the city but many of their mothers are feared to be dead.

In all, about 100 people were killed in violence around Afghanistan on Tuesday, the New York Times said. The attacks underline the fragility of peace efforts, and have dimmed hopes for an end to decades of war.

The maternity ward in the hospital is run by the international medical charity Médecins sans Frontières (MSF) and some of those working there were foreigners.

Ramazan Ali, a vendor who saw the attack begin, told Reuters news agency: "The attackers were shooting at anyone in this hospital without any reason."

One mother gave birth during the attack, MSF was quoted as saying by AFP news agency.

Another woman called Zainab had given birth just before the attack, Reuters reports. She named her baby boy Omid, which means "hope" in Dari, because it had taken her years to conceive.

Alerted by the commotion as she was visiting the washroom, the new mother rushed back to find her child of four hours, her hope of seven years, dead.

"I brought my daughter-in-law to Kabul so that she would not lose her baby," said Zahra Muhammadi, Zainab's mother-in-law, in her grief. "Today we'll take his dead body to Bamiyan."

Afghan special forces rescued 100 women and children, including three foreigners, an official told the BBC. The three attackers, who reportedly had gained access dressed as police officers, were all killed by security personnel.