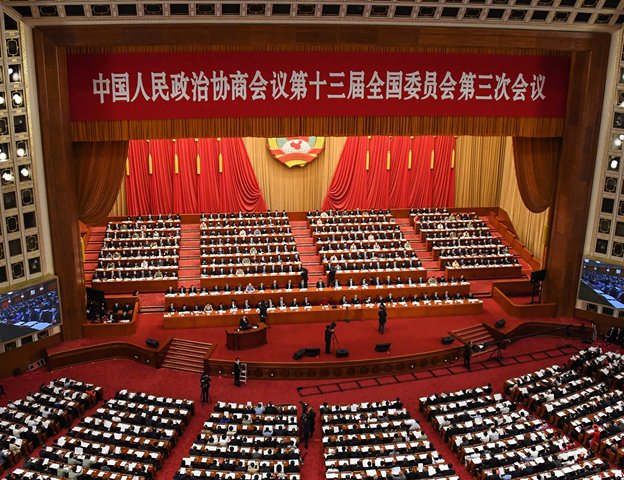 This year's NPC annual session was postponed over two months due to the coronavirus pandemic. The 13th NPC has 2,957 deputies reports CGTN.

The meeting in Beijing was postponed for about two and a half months due to the coronavirus pandemic.

Communist Party leaders and nearly 3,000 delegates from across China are to decide on policies for this year.

Premier Li Keqiang is set to present a government work report at the opening.

He is expected to laud the successful containment of the pandemic under the leadership of President Xi Jinping, and stress shifting the policy focus more toward economic revitalization.

According to NHK, China saw its gross domestic product shrinking 6.8 percent year-on-year in the January-to-March period, the first contraction since the data was first released in 1992.

Attention is focused on an annual growth target and economic measures, such as massive fiscal spending, that the congress will set out.

The defense budget is another focus as China increasingly confronts the United States on issues including the response to the coronavirus pandemic.

At Least 20 Demonstrators Killed In Myanmar By Agencies 4 months, 2 weeks ago

Japan To Tighten Restrictions On Arrival By Agencies 7 months, 1 week ago

Japan Grapples With Record-level Increase In COVID-19 Cases By Agencies 7 months, 3 weeks ago

Prince Akishino Proclaimed First In Line To Throne By Agencies 8 months, 3 weeks ago