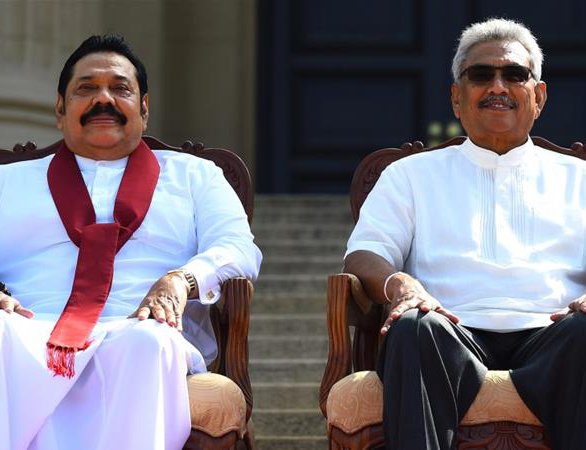 Sri Lanka's Supreme Court is due to rule in a key constitutional case challenging President Gotabaya Rajapaksa's decision not to reconvene parliament in light of a delayed general election - a case that observers say could have lasting implications for the island nation's democracy.

Hearings began on Monday, when six petitioners and the government's counsel argued on the legality of summoning a parliament that was dissolved earlier this year.

At the heart of the cases lies the issue of the country's general election, originally scheduled for April 25 after President Rajapaksa dissolved parliament on March 2.

The Election Commission later rescheduled the poll for June 20 due to the coronavirus pandemic and the health risks associated with holding a poll.

According to Article 70 of Sri Lanka's constitution [PDF], a general election must be held and a new parliament summoned within three months after the dissolution of the former parliament.

On Thursday, President Rajapaksa's counsel argued that it was not possible to reconvene a parliament that had already been dissolved.

"A dead parliament will not come alive," said Romesh De Silva in his arguments before the court.

The petitioners contend that a clause in the constitution allows for the summoning of the dissolved parliament in case of emergencies.

"[In case of an emergency the President can] summon the Parliament which has been dissolved to meet on a date not less than three days from the date of such Proclamation and such Parliament shall stand dissolved upon the termination of the emergency or the conclusion of the General Election, whichever is earlier," says the relevant clause of the constitution.

Earlier in the week, the Election Commission told the court that it would not be possible to hold elections by June 20, and that the commission could hold the poll "nine to 11 weeks after receiving the green light from the health authorities that the country is safe".

Sri Lanka has so far officially recorded 1,028 cases of the coronavirus, with nine deaths, according to government data, although it is feared the numbers could be far higher due to limited testing.

Army Enforces A Strict Lockdown In Bangladesh By Agencies 2 weeks, 5 days ago