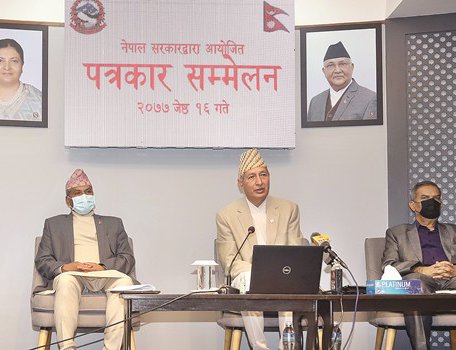 Finance Minister Dr. Yuba Raj Khatiwada has said that the government has allocated Rs. 60 billion as relief package. "The relief will be provided in the forms of cash, subsidy, tax and fine discounts and concessional loans and the cumulative amount would reach Rs. 60 billion," said Minister Dr. Khatiwada in an interaction with the journalists at the Ministry of Finance.

The package includes the refinancing facility to the businesses amounts to Rs. 20 billion and the government has to mobilize Rs. 14 billion to subsidize the interest of the business loans.

The budget for the coming fiscal year 2020/21 has announced to provide business loan at 5 per cent, and the rest of the interest, about 6-7 per cent, will be paid to the banks and financial institutions by the government. The Finance Minister said that the tax discount would benefit the business community with Rs. 6.5 billion.

Likewise, demand charges on electricity for industries are waived off and water supply and irrigation facilities would get the energy at 50 per cent discount in the normal charges. The energy bill is also discounted for the individual households as well.

"The government will pay the social security of the private sector workers for the lockdown period," said Dr. Khatiwada. We have to mobilise large investments to achieve high growth, private sector investment is key to it, he added.

"We aim to create about 500,000 additional employments in various sectors like business, industries, infrastructure and self-employment. Opportunity of jobs in Nepal should be given to Nepali citizens," he said.

"It is also critical as the country is going to have a large number of migrant youths who immediately need jobs." The Prime Minister Employment Programme has received about Rs. 14 billion which is expected to create more than 200,000 employment.

He maintained that the budget included cautious moves and immediate programmes to address the economic bruises as well as social and business needs.

According to him, the budget aimed at creating competing economy and sustainable development and mobilising large amount in the social sectors like health, education, labour and welfare of senior citizens and children.

He expressed confidence at managing the foreign loan and grants as stated in the budget. "About Rs. 125 billion is available as the budgetary support while multilateral donors have pledged to provide more support. Meanwhile, some bilateral donors also have shown interest in supporting the small and medium enterprises and agriculture."

Regarding the increased customs duty of electric vehicles, he said that there was a trend of importing expensive and luxury vehicles which was against the government intention to discourage the luxury goods.

"Extremely low duties will ultimately result in the import of a large number of expensive vehicles which will fail the government policy to discourage the import of luxury vehicles," he said. 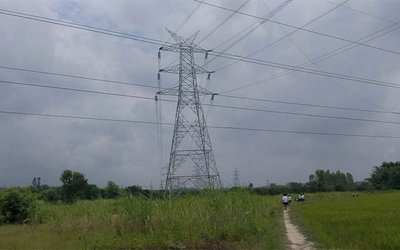 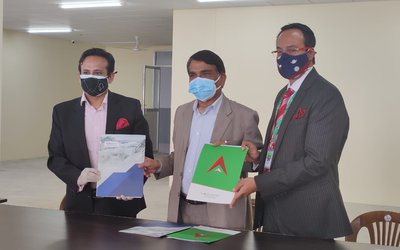 ADB PROJECTION: Nepal To Grow By 3.1% By A Correspondent 4 days, 13 hours ago