China Says It Has Not Seized Any Indian Personnel Presently

China Says It Has Not Seized Any Indian Personnel Presently 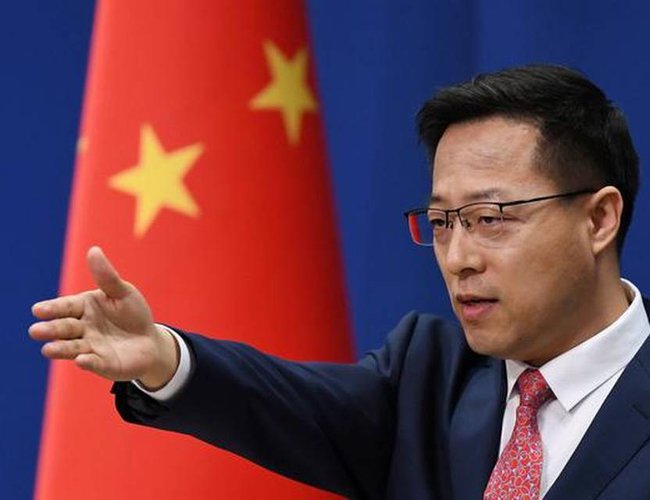 China has not seized any Indian personnel presently, its Ministry of Foreign Affairs spokesperson said on Friday when asked about the detention and release of 10 Indian soldiers by Chinese troops in Galwan valley.

“As far as I know, China hasn’t seized any Indian personnel presently,” spokesperson Zhao Lijian said in Beijing in response to questions.''

An Indian army convoy moves on the Srinagar-Ladakh highway at Gagangeer, north-east of Srinagar, on June 18, 2020.

Editor-in-Chief of the Chinese state media Global Times Hu Xijin said on Twitter, “These 10 Indian soldiers must have been treated well in China, more fortunate than those 17 Indians who died in freezing temperatures. In fact, most of the Indian soldiers died due to the backward logistical support of the Indian army. China shouldn’t be blamed.”

As reported by The Hindu, on Thursday, China released 10 Indian Army personnel, including four officers, held in their custody following the violent clash on Monday night in Galwan valley that resulted in the death of 20 Indian Army men, including a Colonel.

On Thursday evening, when asked about reports that the men had been detained by Chinese troops, Ministry of External Affairs (MEA) spokesperson Anurag Srivastava said “the Army has clarified that there are no troops in Chinese custody”, but gave no other details.

Asked about the situation in the Galwan valley and the raising demonstrations in India against China, Mr. Zhao said, “the right and wrong is very clear and the responsibility entirely lies with the Indian side.”

Both China and India were in communication with each other through diplomatic and military channels on easing the situation and China valued the bilateral relations. “We hope India can work with China to jointly maintain the long- term development of bilateral relations,” he said.

On the Galwan incident, India had stated that Chinese forces continued building activities in the Indian side of the Line of Actual Control (LAC) in violation of the agreement reached at the Corps Commander talks on June 6, and attacked Indian soldiers in a planned manner.

Fireworks factory explosion kills at least 21In India: By Agencies 3 weeks, 2 days ago