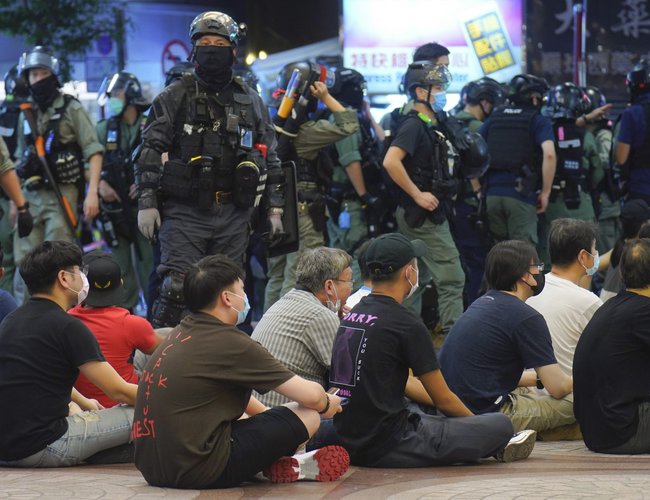 Hong Kong police have made the first arrest under the territory's new national security law. It comes less than 24 hours after the law came into effect and on the same day Hong Kong marks its handover to China from British rule.

Police said they also arrested 10 people for violating the new law and about 360 others for unlawful assembly and other related offences.

It follows a tumultuous start to the day with protestors taking to the streets to voice their opposition to the law.

Beijing approved the new legislation on Tuesday. It lays out four criminal acts it says endangers national security secession, subversion, terrorism, and collusion with foreign or external forces. If convicted, people could face life in prison.

Chief Executive Carrie Lam defended the law during a ceremony to mark the 1997 handover.

Lam said, "The enactment of the law is the most important thing for Hong Kong's relationship to the mainland since the handover. It's a historic step, as it has completed a system to protect our sovereignty and security."

But critics say the law undermines the "one country, two systems" framework which is supposed to guarantee Hong Kong a high degree of autonomy and judicial independence.

China's First Rover Landed At Mars By Agencies 4 months ago

At Least 20 Demonstrators Killed In Myanmar By Agencies 6 months, 1 week ago

Japan To Tighten Restrictions On Arrival By Agencies 8 months, 3 weeks ago

Japan Grapples With Record-level Increase In COVID-19 Cases By Agencies 9 months, 1 week ago

Prince Akishino Proclaimed First In Line To Throne By Agencies 10 months, 2 weeks ago