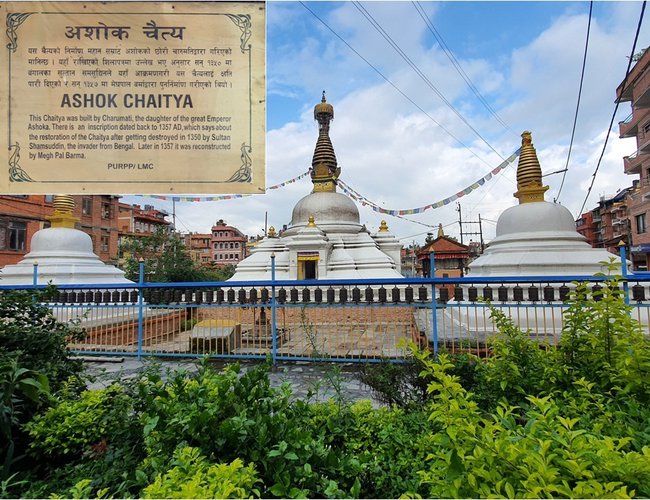 One ironic consequence of the Corona pandemic is how, even as much of the rest of the world, including Nepal, was adopting globalization and embracing broad ecumenism, the West has gone into reverse, espousing untouchability with its social distancing that might put even orthodox Brahmins to shame! US and Britain have gone nationalistically protectionist while communist China becomes the flag-bearer of free trade, Davos and WTO. Given these confusing role reversals, it is time to reflect, to step back, way back in history to try and make sense of what is happening and how we got here. Even Euro-America is being forced to look beyond the glitz of seductive consumerism back to its sordid history of ethnic cleansing, rape and plunder with the Black Lives Matter movement.

Disasters by definition cannot be anticipated; but, if seen as a forensic means of learning through hindsight, they allow one to appreciate the social and institutional weak spots that need correcting and thus to be more resilient in facing a similar crisis next time around. In tandem with the global pandemic, one disaster that looms large for this "yam between two boulders" country of ours is the evaporation of Modi-Xi bromance and the rhetoric of war that vitiates not just the region's but the global atmosphere as well. To understand this, one has to go all the way back 500 years, the year 1500 CE to be exact as per historian Stavrianos, which saw the rise of capitalism as a new social organizing phenomenon in human history. While there has been trade and money since prehistoric times, this was the first time that human society began to be organized around a new logic of capital and profit to the exclusion of other human values. A corollary was the investment of capital in technology and its precocious development for the exploitation of natural resources and as instruments of war and pillage. Capitalism was not only money itself making more money but also society being restructured, first in Western Europe as Westphalian nation-states and later, as their colonies, the rest of the globe, to serve the market instead of the other way around.

This Western capitalism reached its apogee post-World War II in the form of the US, a nation-child born of capitalism by erasing the land's previous history and society. Called Pax Americana, this order faced a serious existential challenge from Soviet and Chinese communism in the early part of the 20th century but it overcame both by 1990, first by aligning with the latter and then outspending the former militarily. And then hubris set in along with the mistaken belief that, although capitalism was about land, labour and capital, primacy in finance capital and control over the banking system alone would assure hegemony and sustained profits. Manufacturing capital (a form of reorganizing "land" for profit-making artifacts) shifted to China and East Asia to take advantage of cheap labour, but once there, it acquired all the national characteristics a capitalist nation-state that is coming into conflict with the other Westphalian nation-states of the West.

It is in this context that the current Sino-Indian tensions are playing out. Both represent old civilizations under the garb of modern nation-states that are facing a future while coming to terms with their past. India is still British Raj in its governance essence, the Raj's successor state with the same ethos guiding its civil service Babudom and military. One sees three contending civilizations therewith as yet unresolved outcomes: Westernized Raj India, remnants of the Moghul empire (even though fractured into Pakistan and Bangladesh, it still holds the largest Muslim population within it, larger than Pakistan's and second only to Indonesia), and a resurgent Hindu Bharat.

Modi and BJP's Bharat seemed initially to be a break with the past but is by now obvious it is not (an English columnist had even prematurely written with Modi's first victory in 2014 that it was India's "second independence"). Instead of absorbing the Moghul element as Guru Nanak did, it is bent on ostracizing it, and rather than digesting the best of Western elements as Japan did, it is merely mimicking and pandering to it as (in Samir Amin's description) a peripheral capitalist state. If Nehru, the last Englishman in beliefs and values to rule India quietly pushed aside Gandhian Gram Swaraj of grassroots upliftment in favour of bureaucratic socialism and heavy industry, Modi seems content to continue with Manmohan Singh's approach of piggy-backing on the US to achieve great power status.

China took a very different turn. Unlike India, it avoided wholesale colonization although it did suffer a "hundred years of humiliation" after the Opium Wars and loss of Hong Kong to Britain's divine right to drug-dealing trade. When Mao unified China under his rule, with hindsight it is now obvious he was only using Marxism-Leninism to revive and restore the Confucian order with its now 90-million strong communist party functioning as the Mandarin bureaucracy. After Mao had made China a strong state, Deng used the state's strong capacity to bring the market to its service with the results that we see today.

China-India relations have to be understood within these and even older historical contexts. Henry Kissinger, writing On China in 2011, describes how Mao took the decision to counter Nehru's 1962 unilateral adventurism in pushing towards a British-defined border that China does not accept. Mao, in deciding to counter Nehru militarily, went back in history to the only two wars China had with India. The last was the Timurid invasion of Delhi at the end-14th century that Mao termed "half war" because it was essentially Turko-Mongol with China under Mongol rule. It was brutal and Mao did not want that. The other one was 700 years earlier during the Tang dynasty, when China "taught India a lesson", and brought centuries of peace with Buddhism coming to China.

Although Kissinger does not mention Nepal, that war was when Tang general Wang Xuance marched into Nepal and Magadh at the request of the Tibetans to oust usurper Bishnu Gupta supported by emperor Harshavardhan of Kannauj. He was replaced by the rightful ruler Narendra Dev, the grandson of Amshuvarma and the son of Ushay Dev who had taken refuge in Tibet. Amshuvarma had formed a "roti-beti" alliance with Tibet by giving his daughter Bhrikuti to the Tibetan king. She is the famous Green Tara who is credited with bringing Buddhism with her to her new home.

In understanding Nepal's current position between the two giants, matrimonial alliances, like every other aspect of bi- and trilateral relations, have to be understood in a much broader context than the mistake Modi made in 2015 to think that only Maithils and Bhojpuri of Province 2 between Birganj and Rajbiraj have "roti-beti" relations: it is pervasive in west Nepal across the Mahakali, in the east with Darjeeling and Assam and also among the elite of Kathmandu. Indeed, daughters-in-law brought from India and daughters were given in marriage to India from Kathmandu elite families have been more Nepalis or more Indian in many cases than native-born ones, despite the exceptional kerfuffle with Sarita Giri recently. Take Rani Jagadamba, princess of Buxar in UP married to Chandra Sumshere's youngest son who did more for the promotion of Nepali language than many Nepalis with wealth: Nepal's literary Nobel prize Madan Puraskar, Madan Memorial Girl's High School, Jagadamba Krishi College which now houses the ministry of local development, Nepali dharmshalas, etc. have all been her contributions. One can expand the list to include many, many more, including not only the Kerala priest in Pashupati but all the Nepali priests in just about all major temples in India.

In light of such people-to-people connections and their contributions to the countries that became their karma bhoomis, it is easy to understand how K.P. Oli, the most pro-Indian among Nepali Left politicians (so much so that he would even attend the farewell reception of a departing Indian embassy press secretary!), has become the most embarrassingly anti-Indian of Nepali prime ministers. This is something for our Indian friends and the jingoistic media down south to reflect upon. National interests ultimately overwhelm personal predilections.

Nepal's 1792 Battle of Betrawati against Qin Tibet ended in a treaty where the Chinese promised Nepal help against foreign forces. However, during the 1815 Anglo-Nepal wars, despite Nepal asking for help, the Chinese refused (as they similarly refused to resist Indian regime change in 2005), resulting in the Treaty of Sugauli whose definition of the origin of Mahakali is currently being disputed between Nepal and India. This did not stop Nepali rulers from continuing to further national interest diplomacy.

The historical researcher/novelist Amitabh Ghosh describes this tellingly in the last of his Ibis trilogy, Flood of Fire. As British India was mounting its Opium War against China using Indian soldiers, King Rajendra of Nepal sent the Qin emperor information about Raj Indian military strength and the request to open a second front via Nepal against the British, to eventually oust them from the sub-continent. Bhim Sen Thapa had similarly tried to set up an alliance with the French and with Ranjit Singh of Panjab for a similar purpose. Neither the Qin nor the Nepali rulers were a match in perfidy against the "nation of shopkeepers". It helps, therefore, to look at the present through such a historical lens and understand that national interests, including all the compromises necessary to further them, over-ride personalities.