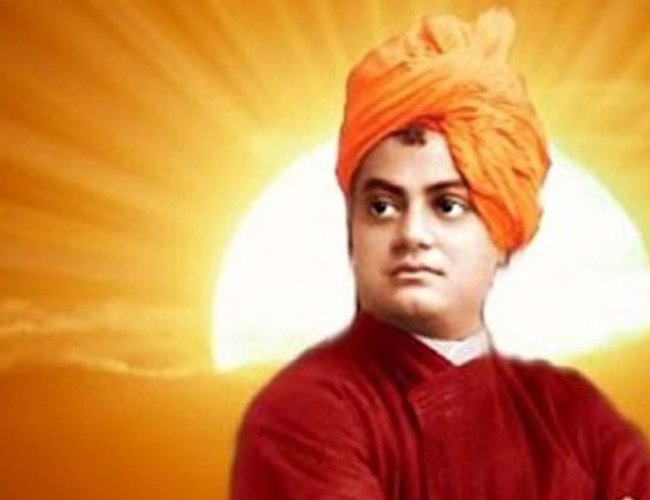 In the present time, the bonds of relationships (personal, familial, social, national & international) have become fragile and flimsy. The slightest trigger can bring the volcanic eruption in the social equilibrium and can have the devastating and pernicious consequences. Rift and rancour in relationships, feud in family, conflict and clashes at national and international levels are very common. People are often at daggers drawn with one another even for insignificant and inconsequential issues.

Fanaticism, extremism, terrorism, Maoism and nepotism etc. are engulfing the entire world. Every now and then we witness the obnoxious and abominable faces of terrorism, extremism and fanaticism. Nepotism is very elusive in its operation, but it is highly loathsome and nasty. Caste system is another grievous problem of our society. Caste based discrimination, oppression and harassment is still deeply entrenched here. There are lots of other pressing problems which disrupt social harmony and peace.

The public space for dissent and disagreement is shrinking fast, the capacity to entertain the alternate point of view is sharply declining. The most disheartening thing is to see people, mostly the youth, becoming truculent and irascible for petty issues. Most often, we find people using abusive, disparaging and disdainful language on social networking sites. People become confrontational even for the slightest difference of opinion and start hurling insulting and vulgar personal remarks.

The pertinent question which comes in our mind is: What could be the potential causes for the clashes and conflicts? Here, I am reminded of lines from Amartya Sen’s famous book Identity and Violence: The Illusion of Destiny

“Many of the conflicts and barbarities in the world are sustained through the illusion of a unique and choiceness identity.”

Solitarist approach to human identity causes all sorts of conflict and violence. In other words, we are obsessed with one single identity forgetting our other identities. Inescapably we have plural identities, multiple associations and affiliations. Conflict and clashes are promoted by cultivating and laying undue emphasis on the inevitability about unique often belligerent identity. This is being defined as “miniaturisation of human beings” (Amartya Sen’s phrase). It means we become oblivious of our boundless and limitless nature.

Diversity is the very essence and beauty of life. There is life in heterogeneity and decadence in homogeneity. Imagine how prosaic, insipid and monotonous life would be if everyone thinks alike, dresses alike, looks alike and does everything alike. We as a society thrive on differences and diversity. Obliterating and eliminating differences would be against the law of natural world. Imposing homogeneity would be suicidal for the growth any society. Differences should be celebrated. We don’t have to create a conformist society and an army of yes-man. Swami Vivekananda used to say this Vedic sentence: Ekam sat vipra bahudha vadanti—"that which exists is One: sages call it by various names.” Swami asserted the uniqueness of Hinduism giving the message of mutual respect and acceptance of all other religions. When Swami Jee asserted the distinctiveness of Hinduism, he didn’t intend to belittle other religions, he simply wanted to assert the distinctive qualities of Hinduism. The society and culture which doesn't stand up for its distinctive qualities gets digested by other predator civilisations. Swami Jee ceaselessly endeavoured to root out the ideological dogmatism and authoritarianism.

Swami’s idea of religion is holistic and if imbibed wholeheartedly, it can cure all ills and evils of society. He emphasised that the true religion is that which elevates and ennobles the animal instincts in man and unites him with divine power. It extracts the latent divinity in man and makes him realise his true nature that is Sat-Chit-Ananda. True religion accommodates the differences of opinions, it doesn't beget abhorrence and aversion, there is absolute elasticity in it. For Swami Jee religion was not something abstract and hypothetical, it’s the living reality. Here we reminded of lines from S. Radhakrishnan’s essay “Science, Humanities and Religion”:

“Religion, not in the sense of dogmatic, sectarian religion, which makes us hate one another but the true spirit of religion, inward awareness and outward compassion.”

Another important philosophy of Swami’s life which can play pivotal role in establishing universal brotherhood and peace is his unwavering commitment to truth. Swami staunchly believed that truth is something indispensable and of paramount importance, anything can be sacrificed for truth, but the truth must not be compromised for anything. Later we find such unflinching and unfaltering commitment for truth in Mahatma Gandhi. Innumerable hurdles came in Gandhi’s life, but nothing could bend his indomitable will, he remained undaunted.

To understand Swami Vivekananda’s vision of universal brotherhood and peace in totality, we need to reflect on the rich spiritual tradition he represented, the great master he was disciple of. Swami saw that spirituality was at a low ebb in the land of its birth, glory and grandeur of ancient India was rapidly declining. The only means for the resurrection of humanity was to imbibe and inculcate the spiritual teachings of the ages. Swami’s vision deeply rooted in all-inclusive, all-encompassing and all-embracing Vedic thought. He preached and practised the great Vedic sentence: Aham brahmasmi tatvamasi. i.e. I am GOD and you are also GOD. There is no Us vs Them, there is no hierarchal relations, there is no relation of dominance and subjugation. He discarded the idea of religious supremacy, propagated the message of mutual respect and religious acceptance. Swami strongly believed in the Vedic doctrine of Indra’s Net which embodies the interconnectedness and interdependence of universe.

Sri Ramkrsna practised all major religions and found that the essence of all is the same. The master (Sri Ramkrsna) told Swami Vivekananda before his passing away that he would have to do “Mother’s work”, “to teach mankind” and ‘to be like a banyan tree, giving shelter to the tired, weary travellers’ Swami believed that there is ‘brahma shakti’ (divine power) in every man. There is no essential difference between man and man. He believed in the practical and pragmatic religion, in the egalitarian spirituality, the religion which can build the self-confidence and national pride in its adherents, which can alleviate and assuage the sufferings of humanity and can provide food, education & shelter to the poor and needy. Swami believed that the true worship is the selfless service of mankind. (नर सेवा ही नारायण सेवा). He established Ramkrishna Mission with this mission and objective: "Atmano Mokshartham Jagat-hitaya cha” आत्मनो मोक्षार्थं जगद्धिताय चI He believed that 'Daridranarayan Seva” (service to deprived and destitute) is Shiva-Seva. Swami was against the Self centred liberation and enlightenment. He said:-

"so long as even a single dog in my country is without food my whole religion is to feed it and serve it, anything excluding that is nonreligious".

Swami’s life mission was to build a true egalitarian society, a society which doesn’t discriminate on the basis of caste, creed, colour and community.

Swami Vivekananda’s historic and revolutionary speech delivered on September 11 1893 in Chicago to the delegates of the World Parliament of Religions marks the beginning of a new era. His address began with these words:“Bothers and Sisters of America”. These soul-soothing words had a magnetic impact on the audience. Swami got standing ovation and thunderous applause. These words were not the political gimmick to woo the supporters rather these were the words which came out from the depth of spiritual height. To commemorate this epoch-making speech, Universal Brotherhood Day is observed on September 11 every year.

Swami’s vision for universal peace and brotherhood is timeless and universal. It’s relevance is increasing day by day because the moral and ethical insolvency is increasing, the world in terms of values is lapsing into primitive state. Swami’s vision of universal brotherhood and peace is often underrated and underemphasised. Our priorities and icons have changed and taken a regressive turn. Glamorous stars and celebrities who are largely bereft of ethics and human values and have shallow understanding of life, are our role models. They are worshipped and the true saints or spiritual leaders who have really shown the light to humanity are relegated to historical oblivion.

One of the greatest reasons for the decadence of humanity is that, it has relegated the abiding and imperishable ideologies of great visionaries like Swami Vivekananda to the fringe. It is imperative to revive his visions of universal brotherhood and peace to make a better humanity. The unity Swami is talking is not simply a lip-service or synthetic unity, this is an organic unity. This is very profound and innovative social theory.

Mahatma Gandhi also considered the service of the poor and the low caste or Harijan ( people of God), as service to God. Gandhi believed because of purity and innocence of their heart, guileless and unpretentious nature, the poor are closer to God. When Gandhi visited Belur Math which Vivekananda founded, he is reported to have said that his whole life was an effort to bring into actions the ideas of Vivekananda. Rabindranath Tagore who was hugely inspired by the poets of the Bhakti Movement and their egalitarian spirituality, told Romain Rolland, the French writer; "If you want to know India, study Vivekananda. In him everything is positive and nothing negative”. We can find the striking similarities between Swami Vivekananda’s egalitarian spirituality and Tagore’s Pragmatic Mysticism. Here are lines from Geetanjali:-

Where knowledge is free

Where the world has not been broken up into fragments

Where words come out from the depth of truth

Where tireless striving stretches its arms towards perfection

Where the clear stream of reason has not lost its way

Into the dreary desert sand of dead habit

Where the mind is led forward by thee

Into ever-widening thought and action

Into that heaven of freedom, my Father, let my country awake.”

In another song of Tagore where we get enormous influence of Swami Vivekananda’s philosophy is:

Leave this chanting and singing and telling of beads!

Whom dost thou worship in this lonely dark corner of a temple with doors all shut?

Open thine eyes and see thy God is not before thee!

He is there where the tiller is tilling the hard ground

and where the pathmaker is breaking stones.

He is with them in sun and in shower,

and his garment is covered with dust.

Put off thy holy mantle and even like him come down on the dusty soil!

Where is this deliverance to be found?

Our master himself has joyfully taken upon him the bonds of creation;

he is bound with us all for ever.

Come out of thy meditations and leave aside thy flowers and incense!

What harm is there if thy clothes become tattered and stained?

Meet him and stand by him in toil and in sweat of thy brow.”

To conclude, Vivekananda was probably the first Indian thinker in modern times to advocate altruism and service for the poor as a core value of religion. For universal brotherhood and peace, mutual respect and unconditional acceptance is essential. There must be unshakable commitment for truth in life.

Are The Two Pre-Requisites Of Our Existence: Science And Religion Irreconcilable? By Prof. Dr. Akal Bahadur Singh 2 weeks, 3 days ago

Politics And Economy Of Nepal By Dr. Tilak Rawal 3 weeks ago