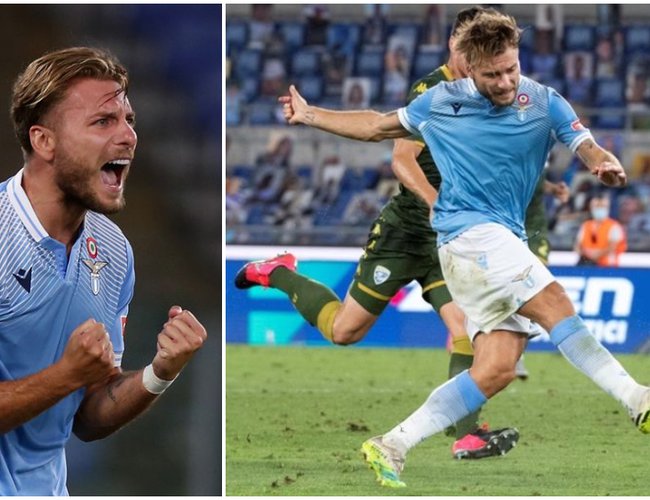 Ciro Immobile was able to secure the European Golden Boot on Saturday without even having to play after Maurizio Sarri opted to leave Cristiano Ronaldo out of Juventus' squad for the final match of the Serie A season.

This is the first time that the Lazio striker has won the award, which was held by Barcelona forward Lionel Messi after his 36 goals in the 2019/20 campaign.Immobile has scored 35 goals in Serie A this season, four ahead of Cristiano, and he could now add to that tally when Lazio face Napoli on Saturday night.

The Italian will now be determined to try and break the Serie A record for goals scored in one season, which is held by Gonzalo Higuain after he found the back of the net 36 times in the 2015/2016 season.

Immobile's successes in front of goal mean that the European Golden Boot has returned to Italy, something that hadn't happened since Francesco Totti won it in 2007. Now it has fallen on the other side of Rome.The European Golden Boot is awarded by the ESM (European Sport Media), the organization that presents the trophy, with MARCA as its Spanish representative.

State Of Emergency Will Not Impact Games: IOC By Agencies 3 weeks, 6 days ago