Interestingly, the statistics show that Mongolia is around 10 times bigger in land area than Nepal in land area, and Nepal is 10 times larger in population than Mongolian population.

The similar geo-location attracted my affinity toward Nepal. Nepal is landlocked between India and China, similarlyMongolia is located between Russia and China. 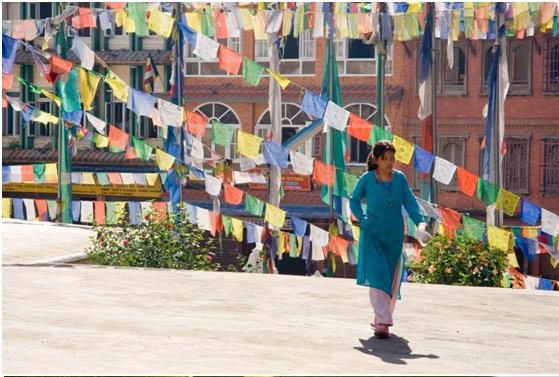 Interestingly, the statistics show that Mongolia is around 10 times bigger than the Nepali land area, and Nepal is 10 times larger than the Mongolian population. Nepal lies on the western slopes of the Himalayas, while the Mongolians live in the steppes and valleys of the eastern Altai Mountains. The two countries have similarities in terms of geographical and historical civilizations (1). But I also noticed that there were differences. Nepal is a multi-ethnic, multilingual nation with some kind of social differences. Mongolia is a country of almost one ethnic group, with a small number of Kazakh nomads living in the western part. It is a united country with almost no religious or ethnic divisions. Nepal and Mongolia are two developing countries and their citizens are ordinary and kind people.

Is the Trans-Himalayan Railway Project and the Nepalese Railway a reality?

The Nepalese are desperate for their own railway, while, India and China, emerging powers of the world, have been reiterating their assistance and support to Nepal for years about building a railway line with Nepal. Constructing railroad has, of course, technical and investment issues. Reading discussions on these issues, it gave the impression that the center of interest is on who will lead the construction of the railway, rather than what Nepalese wants.

In 2013, China has launched an ambitious initiative called "The Belt and Road" (2) to establish its own trade routes to Africa, India, Europe, and the Americas, and to achieve its geopolitical interests, including trans-Himalayan infrastructure and gateways. Chinaisstudyinghergeostrategic situation to move the project.

India considers Nepal as a zone of influence, hence, India is are also interested in keeping track of the railway to Nepal, so some extend, India has linked with a railroad to the Southern border of Nepal. However, the issue is unresolved because of the disagreement between the historical interests and the ambitions of major countries such as India and China, and they do not take into account the sincere desire of the Nepalese people to have a railway. 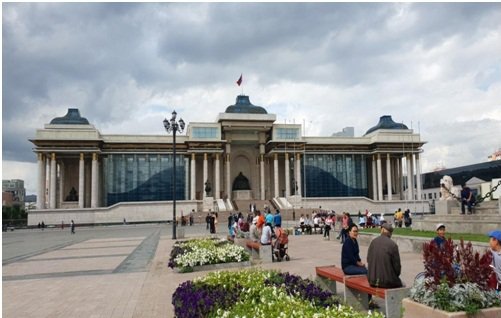 As a Mongolian, I would like to share with the readers of Nepal the experience of my country and the history of the railway. As noted above, the construction of a railway in Mongolia, between China and Russia, has been hotly debated since the early 20th century, in which the former Soviet Union( Russia ) played a significant role.

For many years, Russia(Former Soviet Union) dominated the Manchuria Railway that is the only trans-Siberian railway at that time. At the end of World War II, the Republic of ChinaChiang Kai-shek’s Nationalist government negotiated the Sino-Soviet Treaty of Aug. 14, 1945, in which the Soviet Union agreed that it would not support the Communists in the Chinese civil war. In return, the then Soviet Union achieved the partnership in the Chinese Eastern Railway for a 30-year period.

At that time the Soviet had a strategy(Lost the advantage of the Manzhouli Railway, The reason is that the rapidly growing Soviet-Sino, Soviet-Asian partners trade needs more railway construction and gateways) to build another railway in Siberia and Central Asia, the situation in Central Asia and Xinjiang unstable (compared to the strategic position of Mongolia doesn't have these advantages), so the only possible option was a Trans-Mongolian Railway project.

The Trans-Mongolian Railway (5) was completed in 1955 due to the active participation of Mongolian leaders. The Mongolian side invested in the use of its territory, and the Soviet side provided technology and investment.UBTZ (Ulaanbaatar Railway), It was established in 1949 as a joint venture between the Mongolian People’s Republic and the Soviet Union. The company is jointly owned by the Mongolian and Russian governments, with each having a 50% stake. 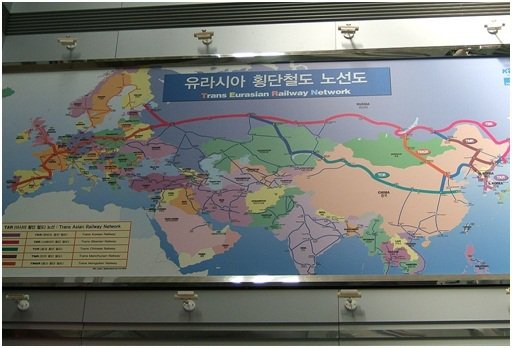 There is a great international demand for railway and infrastructure projects in many parts of the world, and China is moving towards projects that meet its geostrategic interests, generate quick profits and are easy to build. For example, China is investing in railways in Africa(Ethiopia, Kenya, etc.) and Southeast Asia(Laos, Thailand, Myanmar, etc). Nepal and Trans-Himalayan railways have the same technical and investment costs as the Tibet-Qinghai railway. The current volume of Nepal-China trade is also small and related to this. 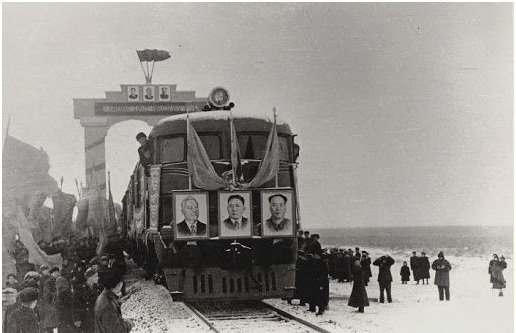 The practical existence of Trans-Himalayanrailway will depend on the conflict between India and China over the next decade and the geostrategic situation. As in Mongolian history, there was an agreement between the Soviet Union and China that made it possible to construct Trans-Mongolian Railway. The focus of the agreement was about the political commitment and real needs from the Soviet Union to the then Chinese government. So, it can be assumed that once Chinese and Indian political interests and potential demands find the common area, the Trans-Himalayan Railway will come into realization.

[2]The Belt and Road Initiative (BRI, or B&R[1]), formerly known as One Belt One Road (Chinese: 一带一路) or OBOR for short, is a global infrastructure development strategy adopted by the Chinese government in 2013 to invest in nearly 70 countries and international organizations.

[3]On 31 December 1952, the Soviet Union returned full control of the Chinese Eastern Railway to the People's Republic of China. The return of the railway marked the first time that the China Eastern Railway (known as the Chinese Changchun Railway at the time) had been under full Chinese control since the railway was constructed in 1898. The handover of the railway was the result of negotiations between the Soviet Union and the People's Republic of China culminating in the signing of the Sino-Soviet Treaty of Friendship, Alliance and Mutual Assistance.

[1]Dalian, Wade-Giles romanization Ta-lien, Russian Dalny, conventional and Japanese Dairen, formerly Lüda, city and port, southern Liaoning sheng (province), northeastern China. It consists of the formerly independent cities of Dalian and Lüshun, which were amalgamated (as Lüda) in 1950; in 1981 the name Dalian was restored, and Lüshun became a district of the city.

[4]The Trans-Mongolian Railway (officially, the Ulaanbaatar Railway), which runs north-south through the central part of the country. It links Mongolia to Russia and China and provides the shortest overland route between Moscow and Beijing. The railway, built as a Mongolian-Soviet joint venture, utilizes the Russian broad-gauge track width and is divided into northern and southern sections. The northern section (completed 1949) extends from the Russian border via Darkhan to Ulaanbaatar, following several river valleys through the mountainous terrain.The southern section (completed 1955) runs through rolling steppe and semi-desert country from Ulaanbaatar to Zamyn-Üüd on the Chinese border, where wheels are exchanged for those that allow the trains to travel on China’s standard-gauge system.

He can be reached at ch_sumiya@hotmail.com

Ministry Of Forest And Environment: Outcomes From The Driving Seat By Batu Uprety 16 hours, 43 minutes ago

Uttarakhand Glaciers And Recent Disaster: A Lesson To Our Countr By Dr. A.B. Thapa 3 days, 1 hour ago