. Megalomania, incompetence and corruption are what is seen everywhere at a time when all Nepalis, irrespective of their station in life are in difficulties, having to cope with the effects of the Corona virus. 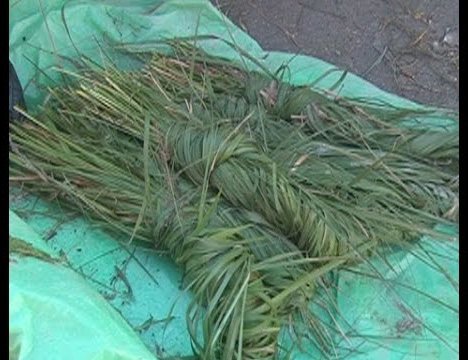 On Kushe Aunshi, the other day I saw in a National English Daily, a slogan regarding a Nepali household furnishing product stating “Swadeshi finance, Swadeshi labour, Swadeshi produce and Swadesh use”. As this is a rather long slogan I shall henceforth repeat is as Swadeshi Char Lakshya. This slogan is one I feel is what should be proclaimed all over the country as a guideline for action in all spheres of our lives in this post Corona era. It may be remembered too that this call for Swadeshi use was utilised successfully by Mahatma Gandhi in his successful effort of getting independence for India from the British. After independence in 1947 there was a call by the leaders in India to support the country’s own products and to utilise Swadeshi goods such as Khaddar for daily use. After self sufficiency in domestic production and improved sophistication, much has changed in India. Our Northern neighbour used the drab blue fabric to make suits for everyone, tightened their belt and deprived themselves of many luxuries for a number of years. It is after such years of fortitude that it is now making almost everything for the world. These are ideals our leaders should pick up. Our current leaders, if they have the welfare of the country at heart, should publicise the enumerated four ideals of Swadeshi Char all over the country for the process of recovery in this post Covid-19 era. Sadly they seem to be worrying more about the gold plated insignias that they will wear on their coat lapels!

In this post pandemic stage, the future of Nepal is literally at the cross roads. In spite of having an almost 2/3 majority, the ruling party, has not been able to achieve much for the country. Megalomania, incompetence and corruption are what is seen everywhere at a time when all Nepalis, irrespective of their station in life are in difficulties, having to cope with the effects of the Corona virus. The pandemic, though it had a slow beginning in Nepal is currently at a stage when a sudden surge like that of USA, Brazil, India and South Africa will take place here also and lead to loss of many Nepali lives. The aftermath of such an event will be calamitous.

I do not know if it was real, but I saw a post the other day in FB showing an alleged production of Phurindana in Nepal. What was displayed was a large heap of the eatable product on the floor, with another worker sitting on the ground and doing the packing. An inset showed the upturned sole of the foot of a worker with some bakheta & bhujia stuck or imbedded in it. Whether it was a reality of a ‘Fake posting’ possible in this Kaliyug age, I cannot say. I felt however that as many persons as possible should be aware of such happenings and so I promptly shared it to my friends. Was it right to do so? After all such actions can be done by producers of such similar products in Nepal or by competitors who import such goods from outside of Nepal. What one has to realise that in this age of competition anything is possible and everything is fair to the extent as they say: “All is fair, as in love and war”.

This brought a smile to my face when I recalled a scene in a very famous film ‘Hercules’, many years ago. It showed people trampling grapes to make wine! My second thought was regarding the introduction of ‘Pauroti” in our Nepali setting when it was rumoured that the flour for the loaf was kneaded by the foot or ‘Pau’ in the process of making bread!

The implementation of the Consumer Act is supposed to check if the food that is being sold to us has been made in hygienic conditions of not. A couple of years ago, some of its officials went around and checked factories and shops in the mitthai or sweets trade. Many of the factory sites or kitchens were unhygienic and so the sweetmeat / mitthias were not sold. Whether they subsequently ended up as gundhpak, one does not know. A reality these days is the innumerable eating places along the way but one is not sure of the conditions in which preparation is done. One option would be for local authorities to have food courts along highways to ensure that food preparation is under hygienic conditions that does not cause digestive upsets. Over the years the packing and packing of food products has improved but authorities concerned should ensure that this is done in proper fashion. This is essential as the styles and modes of living in Nepal have changed drastically. A large percentage of Nepalis are spending more on eating and wearing better. The government has recently set up a Food and Drug Administration. Let’s hope for its effectiveness.

One recollects that at one time the garment and carpet industries had been functioning well but not so now. A number of concerns are currently producing both male and female apparels both for export and internal use. It will perhaps be beneficial to use locally patented names and try to create a market. One notes that this has been done with some success in the case of footwear.

Similar products from out of the country, by efforts of the importers enter the country at the cost of the local produce. This should be discouraged for it is disheartening that products made in Nepal are not being sold in the country as cheaper products, because of mass production are brought in from outside. The Nepali returnees must be helped to fit in once again into their cultural milieu and start life afresh.

As I said in these columns in July 2020, we ‘Aam Nepalis’ must support Nepali returnees from all over the world to settle down in their own country and by way agriculture or small-scale industries produce various types of products of produced which are consumed / used in this country. We the others in this land must have imbedded in our mind the phrase, “Buy Nepali to support Nepal”. The concept of Swadeshi Char Lakshya should be implemented if we are to get out of the pandemic rut of 2020. How long the effect of this will last is anyone’s guess.

Why It’s In India’s Interest To Quell The Political Crisis In Nepal By Ranjit Rae 3 days, 6 hours ago

Mind Your Plate By Areet Narang Bastola 1 week, 2 days ago