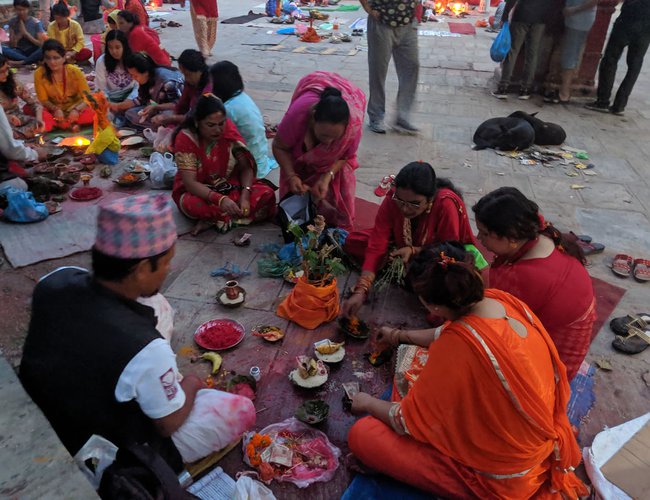 Rishi Panchami is observed on the Panchang tithi of Shukla Paksha in Bhadrapad according to the Hindu calendar. It falls on the fifth day of Shukla Pakshya in the Nepali month of Bhadra. Women visit nearby rivers and ponds and take a bath prior to carrying out the worship.

The Sapta Rishi – Kashyapa, Atri, Bharadwaja, Vishvamitra, Gautama Maharishi, Jamadagni and Vashishtha – were created by Lord Brahma, who is also known as ‘the creator of the universe’ in Hinduism, to help mankind and provide them education.

This year, we will be observing it on August 23, just a day after the auspicious festival of Ganesh Chaturthi.

The Great Legend of Rishi Panchami

Rishi Panchami is such an auspicious day that if the fast is observed and rituals are performed, a person is relieved from all the sins of his or her present or past life. Lord Brahma himself is the one who narrated the story of Rishi Panchami. According to him, there was a simple Brahmin named Uttank who used to live with his wife Sushila. Their daughter, who was a widow, also lived with them. One night, several ants covered the body of the daughter and the parents were astonished to see this. They became extremely worried and immediately called a sage, so that he could mend the situation.

The Rishi whom they called was a learned sage and he explained the reason behind the trouble. He made them aware of the sin that their daughter committed in her previous life. He told them that their daughter had entered the kitchen during her menstruation.

The rishi advised the daughter to perform certain rituals on the day of Rishi Panchami to purify her body and soul, so that this way, she would be relieved of the sin that she has committed. Following the instructions given by the sage, the daughter performed all the customs with absolute devotion. This set her soul free from the dosha. Therefore, this little yet powerful story becomes a platform that explains the significance of Rishi Panchami. Rishi Panchami is the road to peace and sanctification of the soul, mind and body.

Rituals to be performed on Rishi Panchami

The rituals and customs dedicated to Rishi Panchami must be performed with a pure heart and good intentions. A person's intentions play a vital role in the purification of his soul. Devotees have to wake up early morning and take a bath as soon as they wake up. A fast is observed on the day of Rishi Panchami. The one and only purpose of Rishi Panchami is to sanctify a person completely. Therefore, people do many things such as cleaning of teeth with upmarga (herb) and bathing with datwan herb. These herbs are very pure and are considered to leave the body extremely clean. Herbs are used for outer purification, whereas a mixture of curd, milk, basil and butter is drunk to purify the soul. 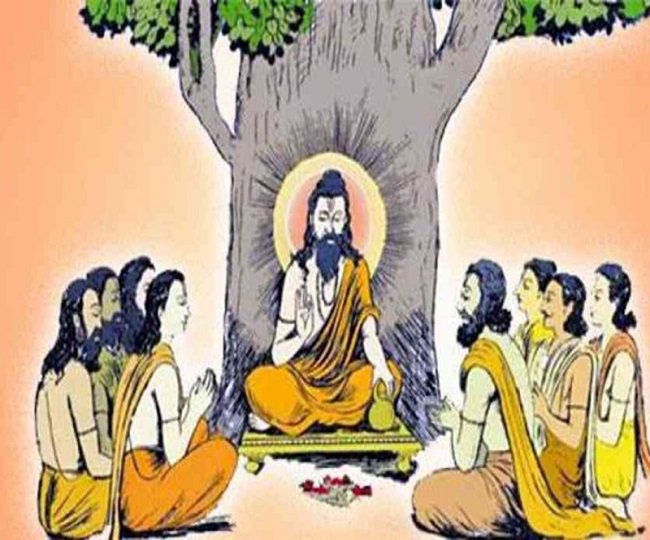 It is believed that a person is relieved from all sins of the present or past life if he or she observes fast and performs rituals on this day. The festival is predominantly celebrated by women, who observe a fast and perform puja to pay homage to the seven great sages.

Rituals performed on the day of Rishi Panchami

Devotees wake up early and ritual baths in holy rivers, ponds, or in other water masses. The purpose of rituals is to sanctify oneself completely. Special Pujas are organized in the honor of Sapta Rishis, Navagraha (nine planets - Surya, Chandra, Buddh, Shukr, Shani, Mangal, Brihaspati, Rahu, and Ketu), Arundathi – the mother of the devas, and women offer prasad to them.