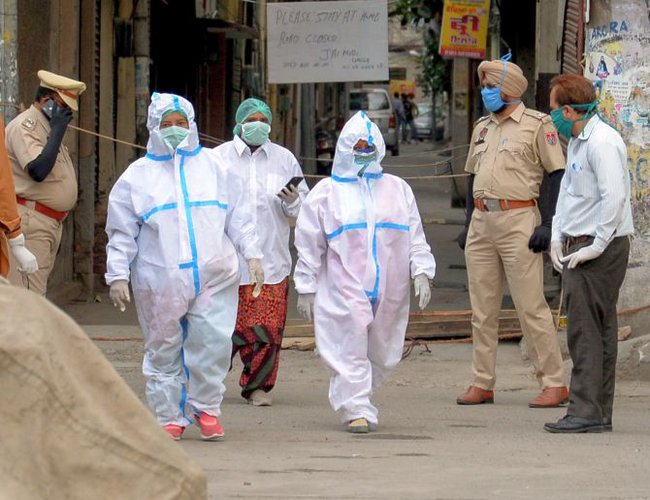 At least 7,000 health workers worldwide have died after being infected with the coronavirus, including more than 1,300 in Mexico alone, the most for any country, according to Amnesty International.

"Every health worker has the right to be safe at work, and it is a scandal that so many are paying the ultimate price," said Steve Cockburn, head of economic and social justice at Amnesty.

"Many months into the pandemic, health workers are still dying at horrific rates in countries such as Mexico, Brazil and the USA, while the rapid spread of infections in South Africa and India show the need for all states to take action."

Other hard-hit countries include the United States with 1,077 deaths among health workers, the United Kingdom with 649, Brazil with 634, Russia with 631 and India with 573.

Even these figures are likely to be "a significant underestimate," as deaths may not have been officially registered in many countries, Amnesty said.

Mexico has highest COVID-19 toll for healthcare workers in the world, with more than 1,300 deaths, says Amnesty.

The death toll from the coronavirus disease in the Middle East is more than 50,000 but numbers still may be an undercount, as testing in war-torn nations like Libya and Yemen remains extremely limited.

The United States has said it will stop paying its dues to the World Health Organization, a day after it said it would not participate in the COVID-19 Vaccine Global Access Facility (COVAX) , a global vaccine development and distribution project.

Steroids have been confirmed to reduce the risk of death in patients suffering from severe cases of COVID-19.

More than 26 million people around the world have been diagnosed with the coronavirus, and at least 866,598 have died, according to Johns Hopkins University. Some 17.4 million people have recovered.