Rato Macchendranaath or Bunga Dyo Festival 2020: Its Significance And Importance

Rato Macchendranaath or Bunga Dyo Festival 2020: Its Significance And Importance 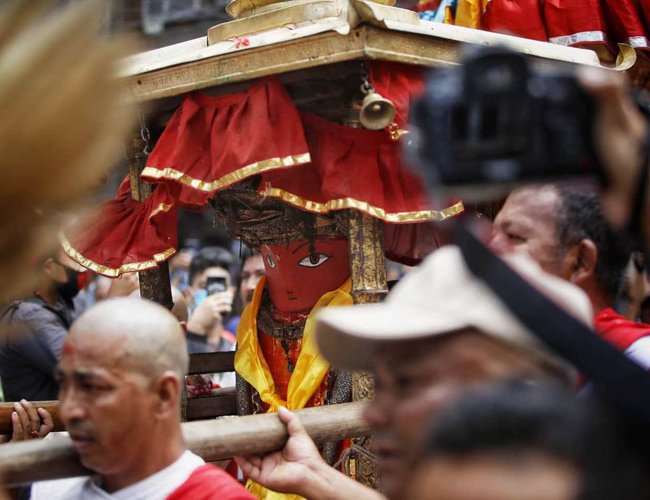 Finally and violent demonstrations agitation, the chariot of Rato Machhindranath, Bungo Deo was successfully pulled from Pulchowk to Dharma Phalcha, called Sorakhutte Pati in Nepali, in front of the office of the Lalitpur Metropolitan City, on Sunday.

Although it was largely symbolic of the chariot only moving forward by 20 meters, it paves the way to celebrate the festival today in Lalitpur. Following the completion of the symbolic event, the statue will be taken to Bungamati on an auspicious date within this week.

Probably, there is no deity in all Nepal as popular as Bunga Dyo or Rato Macchindra, the Buddhist rain god of Nepal. One of the most popular names is Karunamaya Lokeshwara meaning all compassionate god of universe. The chariot festival or Bunga Dyo or Rato Machhindranath begins every year on the 1st day of Dark Baisakh (March To to April) and continues for a month and son.

Percy Brown in his book Picturesque Nepal has very well expressed his impression of this festival in the following paragraph: Like a great ship staggering through a heavy sea its curved prow terminating in a gilt figurehead of Bhairav (Probably, he meant to say Karkotak, the mythical king of snakes) apparently facing it way through the seething mass of humans who like below surrounded it in one capacity and another the great god Mchhendra in his car with strain and cry makes his annual journey. 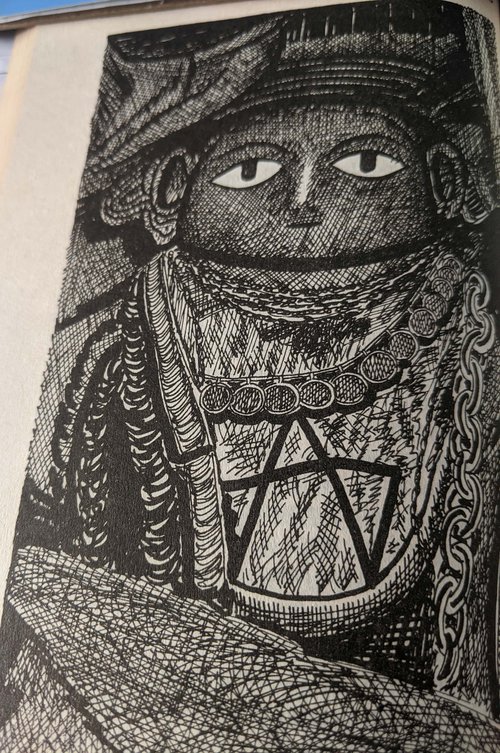 It is quite interesting to note that this deity is worshipped I his male as well as female forms through the texts refer to him very clearly as male. His worship in both forms is most probably to indicate that he has supreme power to change himself into any sex he wants. This concept is also very beautiful signifies the unity in diversity. Nepal is known for having many deities emanated from the combination of the male and female both, such as Umamaheswara, Laxminarayn, Prajnopaya and so on.

Nepal as well all know is an agricultural country where more than 90 percent of the people depend heavily on agriculture. The method of cultivation in this country is still handmade tools and the monsoon rain is still the main source of water. While efforts are made to improve the system, nevertheless we are far behind modern methods of cultivation. In this situation, it is quite natural for Nepalese farmers to turn to the forces of nature and those higher forces that control nature for help. There is an ancient tradition to worship Rato Machhindra as the all-compassionate god for rain and food grain. The monsoon generally begins sometimes in the middle of June and continues unit the end of August. But long before the monsoon starts, the Nepalese farmers start thinking about the weather wondering whether they are going to have enough rain that year. The best way to free themselves from this worry is to pray to the rain god for better crops. Hence the chariot festival of Rato Macchindra which begins every year on the first day of the bright fortnight of Baisakh in April proves to be the most auspicious occasion for the entire farmer's community and especially for the Jyapu Famers of Kathmandu Valley.

This deity is so much involved in the everyday life of his devotees that he is almost in their blood. A very popular saying goes this way: one should never live in a neighborhood that does not have any Sanihoo Guthi devoted to the regular service of Bunga Dyo.

Traditionally, it would have been taken around the city in a procession starting from Pulchowk, through Gabahal, Sundhara and Lagankhel and ending in Jawalakhel.

This year though, the procession was canceled in view of the COVID-19 pandemic raging in the country and around the world, according to Jyapu Samaj, one of the main bodies managing the chariot festival. The famous Bhoto Jatra, which used to be attended by the President, has also been canceled.

The occasion was also significantly toned down from previous years. According to the Jatra management team, only 434 people were involved in the ceremony, with 160 pulling the chariot, 28 playing traditional musical instruments and 122 officials including representatives from various community organizations associated with the festival of Lord Machhindranath, the mayor and deputy mayor of Lalitpur Metropolitan City, members of parliament, Chief District Officer, Superintendent of Police (SP) of Nepal Police and the Armed Police Force, head of the Guthi Sansthan and other government and community officials. The remaining 124 people were volunteers from various toles of Patan, namely, Gabahal, Bachhutwa (Sundhara), Lagankhel, Jawalakhel and also from various groups and associations. No spectators were allowed.

The chariot of Minnath was also pulled around 500 meters from Gabahal to Pulchowk. Jyapu Samaj informed that all necessary safety precautions were taken with masks, face shields and sanitizers being provided to everyone present.

With the symbolic towing complete, the entire city of Patan will celebrate Bhujya (feast of Machhindranath Jatra) on Monday. However, authorities have asked the locals to celebrate within their own families only and not invite any guests over.