Purushotam Mass Or Adhik Maas 2020: Dates And Significance About The Thirteenth Month In the Hindu Religion

Purushotam Mass Or Adhik Maas 2020: Dates And Significance About The Thirteenth Month In the Hindu Calendar Religion 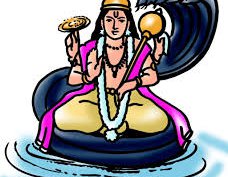 Purushotam Mass Or Adhik Maas 2020 begins today. There are usually twelve months in a year, but an additional month is added once in about three years to align the lunar and the solar calendars. Know the significance of Adhik Maas and the dates in 2020.

As the month known as Purushotam, Hindu devotees in India and Nepal visit Vishnu temples and worship him. In Kathmandu Valley, there used to organize month long festival in Machhya Narayan Temple. However, it has been cancelled due to COVID-19.

Hindus follow the Lunar calendar for ascertaining the dates of the festivals and the solar calendar for determining the position of the Sun and the occurrences related to it.

There are usually twelve months in a year, but an additional month is added once in about three years to align the lunar and the solar calendars. 2020 is one such year that will have an extra month, and this addition is called Adhik Maas. It is also referred to as Purushottam Maas, Mal Maas, or Lond Maas.

Adhik Maas is different from the regular months because it does not have a Sankranti (the movement of the Sun from one Rashi/Zodiac to the other). Every typical Lunar month has one Sankranti, but the Adhik Maas doesn't have any. Though the Adhik Maas is significant for balancing the difference between the Lunar and the Solar cycle, it is deemed inauspicious for carrying out functions like vivah (marriages), mundan (head tonsuring ceremony of a child), griha pravesh (house warming ceremony) or other auspicious ceremonies.

How will Adhik Maas be incorporated in the Hindu Lunar calendar this year?

The month of Ashwin will be an extended one this year, and Adhik Maas days will be added to it after the first half. According to the drikpanchang, the Ashwina month will begin with Pitru Paksha on September 18, Krishna Paksha (waning phase of the Moon). The first half of Ashwin will continue until Pitru Paksha ends on the Amavasya Day on September 17. Subsequently, the Adhik Maas will begin and shall continue till October 16. And after the Adhik Maas concludes, the Ashwin month will continue and shall culminate on October 31.

In the second half of the Ashwin month, Shukla Paksha will mark the commencement of Shardiya Navratri, a nine-day long festival dedicated to Mother Goddess Durga.

There is a gap of about a month between Pitru Paksha and Shardiya Navratri. This coincidence has happened after 165 years! Click here to know why the one-month gap is a rare occurrence.

Yom Kippur Is The Holiest 'Meeting' Of The Year For Jewish By Agencies 1 week, 3 days ago