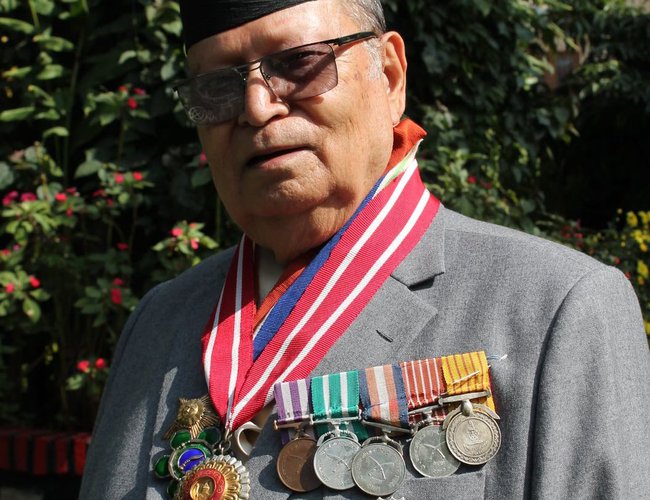 Former Minister for Foreign Affairs of Nepal Ramesh Nath Pandey is among this year’s foreign recipients and, in recognition of his contributions towards strengthening the relationship between Japan and Nepal.

According to a press release issued by the Embassy of Japan, he will receive the Grand Cordon of the Order of the Rising Sun. The Government of Japan announced the foreign recipients of the 2020Autumn Imperial Decorations.

Pandey, as the then Minister of Tourism, patronized the Japan-Nepal-China trilateral expedition of Everest in 1986. Pandey also issued stamp of Ekai Kawaguchi, a Japanese monk who was the first Japanese visitor to Nepal, when he was Minister of Information and Communications in 2002.

In 2005, as Foreign Minister, Pandey visited Japan with Crown Prince Paras and Crown Princess Himani, to open the Nepal Pavilion in the Aichi Expo '05. He had at that time closepersonal relations with Mr Ryutaro Hashimoto, the former Prime Minister of Japan.

They cooperated with each other to help organize the 50 year anniversary of the establishment of diplomatic relations between the two countries in 2006.

Japanese Decorations are conferred upon foreigners twice a year, on 29th April and 3rd November, concurrently with the conferment of decorations and medals on Japanese nationals. The Order of the Rising Sun is bestowed upon individuals of merit, in recognition of their outstanding contributions to the nation or public. This is also conferred upon foreign nationals who have made notable contributions to the promotion of relations between Japan and other countries in areas such as politics and diplomacy, research and education, medicine and social welfare, economy and industry, and culture and sports.