Gau Pooja 2020: Its Significance And Importance

Gau Pooja 2020: Its Significance And Importance 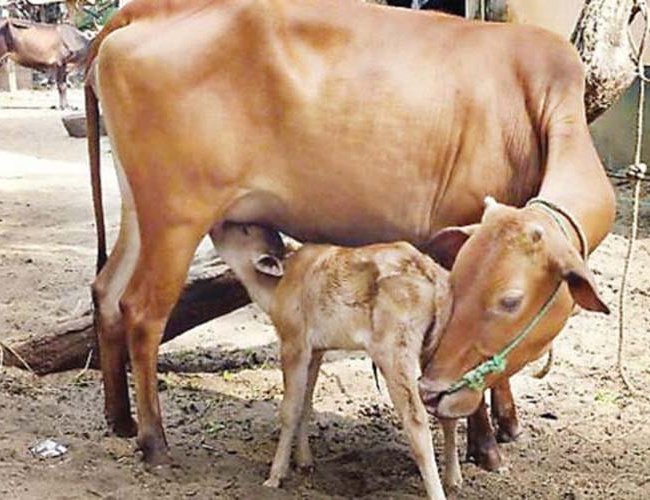 Hindus in Nepal and India marked the day of the cow by worshiping the bovines on Sunday the third day of the Tihar festival, or Diwali, the country's second-most important religious festival.

During Gai Tihar, people worship cows, which are considered to be the incarnation of Lakshmi, the Hindu goddess of wealth, fortune and prosperity. Across Nepal, devotees garlanded cows with marigold flowers and offered them food, he added.

Gai puja falls on the third day of the five-day Tihar festival, which celebrates not just human-divine but also human-animal relationships.

Apart from cows, considered a sacred animal by Hindus, dogs, crows and oxen are also celebrated during the festival.

The significance of Gau Puja

In Nepal and India, since childhood, people are taught to be caring towards cows. Cow products are beneficial for infants, children and adults. There is high nutritional value in it.

Gau Puja is performed to remember the importance of the cow. It’s an opportunity to show appreciation and reverence for it. The ritual possesses a symbol of beautiful spirituality and it has a deep universal significance.

Some devotees believe Gopastami (eighth day after Diwali), to be the day of appearance of divine Kamadhenu (Cow God). Hence, it is celebrated as a birthday or a special day for cows.

As a mark of respect, devotees worship cows and offer fresh grass and food on this day. On Gopashtami Lord Krishna became a gau-walla or cowherd. Hence, he is also known as ‘Gopala’. Lord Krishna had a great love for cows. Gau Puja Ritual Gopashtami is a festival of worshipping cows which is mainly celebrated in the Northern parts of India. Gopashtami falls in the Hindu month of Kartika.

On this day cows are beautifully decorated with their horns sharpened. They are fed with sugarcanes and succulent grass to express gratitude towards the cows. Devotees also offer owers, tilak, jaggery, rice and water and perform aarti. Devotees do parikrama (the action or ritual of moving clockwise around an object of devotion) of cows and apply ‘Guadhuli’ or soil beneath the cow’s feet on their forehead. By doing so, one may get prosperous and a happy life.

Hence, sage Vasishta advised him to worship Kamadhenu to obtain a child. The king started worshipping Kamadhenu and he was blessed with a child. Kamadhenu also helped sage Vashista in building up an army to fight a battle against Vishwamitra who wanted to take away Kamadhenu. The significance of Gau Puja Cow helps to remove poverty, by giving health, wealth and comfort. The worshipping cow may remove the deadliest sins. Worshipping cow helps to repay debts and to overcome enemies.

Akshaya Tritiya 2022: Importance And Significance In Nepal By NEW SPOTLIGHT ONLINE 2 weeks ago