The Prime Minister, Mr. K. P. Sharma Oli expressed Nepal's commitment on 7 October 2020 to 'communicate enhanced Nationally Determined Contribution (eNDC) by the end of this year' while making a statement at the Virtual Climate Vulnerable Forum (CVF) Leaders Event organised in conjunction with the 75th Session of the UN General Assembly 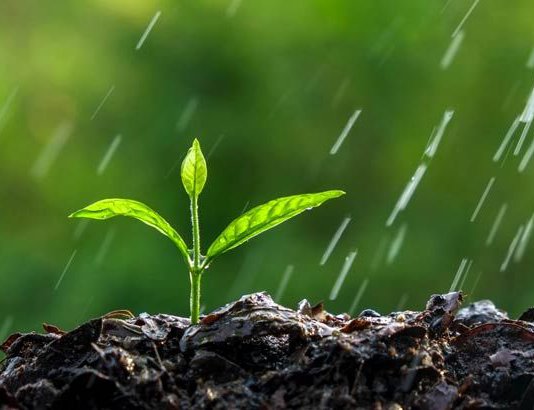 Climate change is one of the greatest existential threats facing humanity. People call for actions urgently, and urge governments to outline their own pathways to reach net-zero emissions. The UN Framework Convention on Climate Change (UNFCCC), Kyoto Protocol (KP) and Paris Agreement (PA) provide ample opportunities to address climate change impacts on human beings, properties and resources. One of the principles of the Convention is to protect climate system 'in accordance with common but differentiated responsibilities and respective capabilities'. The Convention calls the developed countries to take the lead in combating adverse effects of climate change. The Convention recognises the 'specific needs and special circumstances' of the countries like Nepal. In order to effectively implement the Convention provisions, Kyoto Protocol entered into force in 2005. The USA, major greenhouse gas (GHG) emitter, did not ratify the Protocol and Paris Agreement was adopted in 2015 which entered into force in November 2016. The Agreement provides several provisions on Nationally Determined Contribution (NDC).

The Prime Minister, Mr. K. P. Sharma Oli expressed Nepal's commitment on 7 October 2020 to 'communicate enhanced Nationally Determined Contribution (eNDC) by the end of this year' while making a statement at the Virtual Climate Vulnerable Forum (CVF) Leaders Event organised in conjunction with the 75th Session of the UN General Assembly. The Prime Minister underlined the importance of keeping climate issues at the top of global political agenda and urgency of climate action to respond to the inception of 'survival deadline' and urged to 'start action'.

No doubt, more and more determined efforts are urgently required to fight against the adverse effects of climate change, and protect people and resources. For this, NDC provides Parties multiple opportunities to reduce GHGs emissions within the agreed time-frame.

Several Parties to the Paris Agreement such as Andorra, Chile, Cuba, Jamaica, Korea, Mongolia, Rwanda, Thailand, and Viet Nam etc have submitted their 'updated first NDC' in 2020 while Suriname submitted its second NDC. Eighteen countries have shared their NDCs in 2020 (https://www4.unfccc.int/sites/NDCStaging/Pages/All.aspx, accessed on 24 November 2020). In general understanding, Parties submitted their first NDC while being a Party to the Paris Agreement, and updated their mitigation and adaptation 'contributions' and submitted to the UNFCCC Secretariat in 2020 as per decision 1/CP.21.

The Ministry of Forests and Environment - Nepal's focal point for climate change - posted in its website a draft NDC 2020 for comments/suggestions within 10 days as per the decision of 18 November 2020. The 'enhanced NDC' was drafted by a taskforce established as per the decision of the Minister for Forests and Environment on 18 October 2020. The taskforce was constituted after 10 days of PM's statement to CFV and prepared a draft 'eNDC' which looks very 'ambitious and authoritative' in fixing country commitments to reduce GHG emissions by 2030 in identified sectors. However, it does not define 'enhanced'. As mentioned above, many countries have submitted 'updated NDCs' in 2020.

Nepal shared its Intended (i) NDC in February 2016. The NDC was submitted to the UNFCCC Secretariat in October 2016 while being a Party to the Paris Agreement. The state of implementation of Nepal's 2016 NDC was shared (https:// www.spotlightnepal.com/2020/05/23/towards-carbon-neutrality/) and is also reflected in http://prc.org.np/assets/uploads/resource/f0c17922124c0b3d a8053dc5c16d9cb3.pdf. Review on 2016 NDC documented "much remains to be done", "progress is too low compared to the target", "impossible to meet 2020 target", "significant gaps between targets and progresses" and 'implementation untouched' etc. Review also flagged only 0.75 percent registration of e-vehicles against the target of 20 percent by 2020 (compared to 2010), and volume of fossil fuels (petrol & diesel imported) doubled since 2016 against the NDC target of decreasing dependency on fossil fuel in the transport sector by 50 percent by 2050. Yet three decades remains to meet fossil fuel target. Use of renewable energy is only 3.2 percent compared to 20 percent target by 2020 in 2016 NDC. Those who have they can 'contribute'. This situation calls for being 'realistic' in making the 'global commitments'.

Nepal followed the decision 4/CMA.1 (Annex 1) in drafting its 'eNDC'. As mentioned in the draft, Nepal is communicating its 'eNDC' as per Article 4.2 and 4.11 of the Paris Agreement and later Article may be for 'unscheduled' communication.

The draft 'eNDC' has strong 'commitments' on clean energy generation, sales of e-vehicles, operation of 200 km long electric rail network, and wastewater treatment. Sector-wise GHG emissions reductions have been mentioned for the period of 2021-2030. It neither quantifies targets for industry sector nor states total GHG emission reductions by 2030 after the full implementation of 'contributions'. The 2013 'C' (contribution) has turned to 'commitment' and will soon turn to 'compliance'. In transport sector, the draft 'eNDC' commits to 'decrease 28 percent in fossil fuel dependency' by increasing sales of e-vehicles, and equal percent of emission reduction by 2030. The 'eNDC' mentions to reduce about 23 percent of GHGs emissions, by 2030, from residential cooking and biogas. Similarly, it commits to reduce 258 Gg CO2-eq by treating 38 million litres/day of wastewater and managing 60,000 m3/yr of faecal sludge. In tourism sector, it targets to 'ensure at least 5 tourist destinations carbon neutral by 2030'. Mitigation co-benefits is mentioned 'not applicable' which is difficult to understand. Non-clarity remains in draft report.

The 'eNDC' also includes adaptation component in the spirit of the Climate Change Policy (2019) and commits to, inter alia, prepare and implement climate resilient and gender-responsive adaptation plans in all 753 local levels by 2030 and formulate National Adaptation Plan (NAP) by 2021. It plans to establish and/or operationalise Inter-Ministerial Climate Change Coordination Committee (IMCCCC) by 2025 which contradicts with 'NDC was discussed at the IMCCCC'.

The 'eNDC' includes both conditional mitigation targets and unconditional targets and estimates a total cost of US$ 25 billion and US$ 3.4 billion respectively. It does not include cost of achieving the adaptation activities and informs to include in the upcoming NAP.

As an example, Mongolia intends to reduce its GHG emissions by 22.7 percent from total national GHG emissions by 2030 (this was 14 percent in 2015 iNDC). The financial needs of Mongolia for NDC implementation is estimated at US$ 11.5 billion (6.3 billion for mitigation & 5.2 billion for adaptation). It has considered co-benefits between mitigation and adaptation actions.

There might be several assumptions while drafting this 'eNDC'. Recalling ambitious targets of the 'eNDC', state of implementation of the 2016 NDC and other commitments, the government may reconsider 'unrealistic' targets. Few examples may support for 'rethinking'. The government has yet to submit the Third National Communication to the UNFCCC Secretariat although it was mentioned in the Climate Change Policy (2019) to submit by 2019. The 15th Plan outlines number of key problems in addressing climate change impacts. These problems are related, inter alia, to the lack of inter-sectoral coordination, differences in understanding, non-mainstreaming of climate change into overall development process, lack of institutional capacity, necessary finance, technology and knowledge. Functioning of the Motihari-Amlekhgunj fossil fuel (oil) pipeline and a plan for Siligudhi-Charaali oil pipeline and exploring petroleum products indicate possible continuation of fossil fuel-based economy. Furthermore, continued pressure of infrastructures would reduce forest carbon sink. Based on approved EIA report, clearing of forest for the proposed Nijgadh airport would result to annual loss of 25,580 tons of carbon sequestration potentials, besides other ecological services. However, by 2030, 'eNDC' targets to manage 50 percent of Tarai and Inner Tarai forests. There are policies that might support towards meeting the target but state of implementation of several policies, plans and programmes does not convince to bridge 'gaps between commitment and implementation'.

No doubt, Nepalese people have become 'climate refugees' in their birthplace. People need to build capacity to adapt to, and build resilience to climate change. In this context, statements of the Head of the State in Katowice, Poland in 2018 and the Head of the Government on 25 September 2020 at UNGA session provide guidance, concerns and priorities in addressing climate change impacts, including through NDC.

Regarding communication of long-term GHG emission strategies by 2020, the draft 'eNDC' informs to formulate this strategy by 2021 and mentions to present a vision towards net-zero GHG emissions. The then Ministry of Environment drafted the low carbon economic development strategy in 2013. It might have been waiting for decision after repeated revisions.

It is most likely that even the 'unconditional targets' of the NDC will face 'implementation difficulties' as it undermines the 'national circumstances, and means of implementation, including investment priorities'. The question is who takes 'implementation responsibility'. In due course of time, some 'drafters' may be engaged in reviewing 'progress' as in 2016 NDC. 'Shade effect' of a big tree on a life-protecting 'herb' will continue as usual.