The US And Us 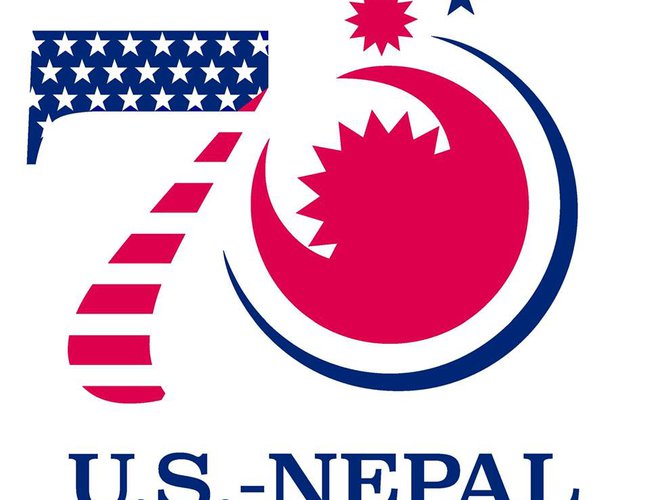 The United States of America, started with a core group of thirteen former colonies now consist of a total of fifty federal constituents functioning as an entity. US existence as a Federal Republic is now 244 years. Our ‘Federal Democratic Republic of Nepal’, proposed now to be referred to as simply Nepal has a history of just five years, and are having teething problems as to the functioning and rights of the Centre and the seven constituents.

Nepal’s relationship with the USA started when Babbar Shumsher JB Rana led a mission to the USA and signed a Treaty of Friendship and Co-operation in 1947. Following this Henry Grady was representative for two month in early 1948. Later in mid 1948 an American Mission led by Henderson arrived in Nepal and an exchange of Ambassadors between the two countries took place. Henderson, US Ambassador in India was concurrently credited to Nepal. Kaiser SJB Rana, the Representative to the Court of St. James in UK became also Nepal’s representative to the USA. Following this, USOM’s anti-Malarial Programme in Nepal started in Nov. 1952 leading to the resettlement of many hill people in the Terai.

A major event in the winter of 1963 was when some porters of the American expedition to Mt, Everest were infected with smallpox and subsequently carried it to their villages. A potential smallpox epidemic was quickly brought under control by the supply of vaccines availed to Nepal and a vaccination programme by US personnel.

In mid 1960s, Henry Stebbins who was then ambassador inaugurated the Surgical Block of Bir Hospital, built with US aid. At that time the American Women Organisation Nepal (AWON) was involved in helping Nepali children in orphanages. Every Friday I used to be picked up from Bir Hospital and taken by some AWON the members to Tripushewar and Shifal where orphan children were housed. Later most were shifted to Balmandir. Another contribution of AWON is the library, initially housed at Rabi Bhawan and after various shifts now located at the Rotary Compound at Tripureshwar. This facility has over the last fifty years been of immense value to young Nepali boys and girls to further their quest for knowledge.

A recent bone of contention between US and Nepal is the Millennium Challenge Corporation, established in 2010 for what has been termed a ‘Threshold Program’ and proposed for acceptance by Nepal. Currently it is suspended in mid-air and one is not in a position to say whether it will be accepted or not by the present Oli government.

Recently whilst going through the third book by former 44th President of US Barack Obama, I was very surprised and felt that it was ‘Tell all’ book in which he narrated events that had occurred or taken place during his early life, his tenure as Senator of Illinois and the first four years of his presidency. Retelling of the almost ever occurring campaigns, the activities of innumerable helpers and the subsequent establishment of offices in the White House. All this confirmed my belief that ‘politicking’ as an activity everywhere is a serious matter and very costly in the usual long run.

In this respect therefore there is no doubt that Federalism is a very appropriate concept to subscribe to and implement to any nation comprising of multi ethnicity. Our politicians are said to have been influenced by seeing the working of such a system in Switzerland and its benefits to the people of different ethnicities. Visions of life as conducted in the Nordic countries have also been a magnetic draw to our politicians. The financial support from the well wishers in distant lands has helped so far, but it certainly is not going to be like this for ever. The implementation and the retention of Federalism is a costly affair and the question is who is going to foot the bills. Our last election was conducted with outside finance but we cannot expect this every time. Our politicians too will have to spend plenty of money to canvas and stay in power and so have to have eternal sources of finance.

We in Nepal have started with a Federal structure and to say that it is not functioning after just five years of attempt is not proper. There is no doubt that the giving of powers to the seven different Pradesh elected representatives will certainly achieve better results in the long run. The question is as to what the period of trial should be. We have barely been at it for five years whilst the US has been at it for almost 250 years. Look what is happening there. A quarrel between the incumbent and newly elected President and Vice President has been a matter of discussions and worry whilst the rest of the world looks on. Is this a matter of 3Ms – men, money and materials being unmanageable? If such a state of affairs can take place in a country with such a long political heritage, what can we in Nepal expect?

What surprises me too about President Obama’s account of the first four years was also about the passage of various Bills such as the Affordable Care Act, that pertaining to DADT, DREAMERS and finally the killing of Osama bin Laden. It is usual in Nepal that government servants, army plus police personnel should not write about their experiences for some period after leaving that post. Politicians seem to be immune from that rule considering that former Presidents of USA and India, or Premiers of UK have been doing so. With the introduction of Ghost Writing in Nepal, politicians, army personnel in Nepal have done so. In fact, the government has questioned two of our former COAS regarding this and forbidden others contemplating such actions. This I think is a detrimental action for I believe that in this modern age of Internet and communicability there should be no restriction in telling what has taken place or occurred, provided it is the truth.