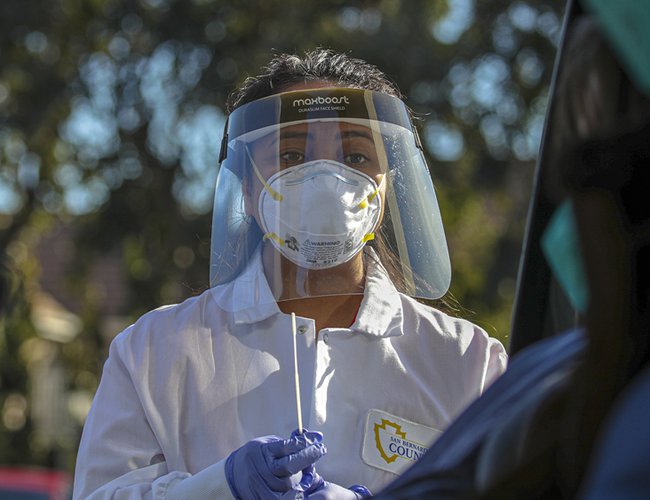 Confirmed COVID-19 cases worldwide have surpassed 83 million, with over 1.8 million fatalities and more than 47 million recoveries, according to the latest data from Johns Hopkins University.

The U.S. has recorded over 20 million cases with more than 347,000 deaths. Florida became the third known U.S. state to detect the highly contagious COVID-19 strain circulating in the UK.

That's nearly twice as many infections as in India, which ranked second in the world in terms of the virus caseload, and nearly a quarter of the global case tally of more than 83 million.

COVID-19 deaths have also increased in the country, totaling 347,487 as of early Friday afternoon.

India and Brazil trail behind the U.S. in coronavirus cases at over 10 million and seven million, respectively.

The increase comes as officials race to vaccinate millions of Americans. But immunization campaigns have come off to a slower and messier start.

The desperate race to vaccinate is set to dominate the coming year, with the coronavirus already killing at least 1.8 million people since December 2019, according to data from Johns Hopkins University.

German firm BioNTech said Friday it was racing to ramp up production of its COVID-19 jab to fill a shortage left by the lack of other approved vaccines in Europe.

The World Health Organization on Thursday granted emergency validation to the Pfizer-BioNTech vaccine, paving the way for countries worldwide to quickly approve its import and distribution.

Countries including Britain, Canada and the United States approved the Pfizer-BioNTech vaccine earlier, and have since also greenlighted jabs by U.S. firm Moderna or Oxford-AstraZeneca.

There are also criticisms of the slow pace of the vaccine roll-out in recent days. In Germany, senior doctors have complained that hospital staff are left waiting for vaccines despite being in a priority group.