My last write up in New Spotlight noted that it was from the books of the East, concentrated in the Library at Alexandria, that knowledge of numerals and algebra was taken to Europe. 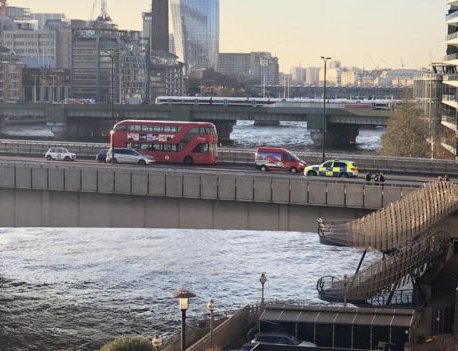 The old Australian National Anthem, Advance Australia Fair which had been composed in 1878, had been adopted for use only in 1978. Many indigenous people felt that is was unjust. On last New Year’s Eve it was announced that the second line of this anthem ‘For we are young and free’ had been changed to ‘For we are one and free’. The reason - the first immigrants from England were brought to Botany Bay in Australia only in 1788 whilst the original inhabitants – First Nation and others already lived there. The estimate is that Aboriginal and Torres Strait Islander culture on the continent dates back from 65,000 years ago! Subsequently respect to traditional culture was made when Ayer’s Rock was recognised as indigenous heritage and climbing not allowed there.

Alexander from Macedonia in fourth century BCE took back many concepts following his conquest in the East. Down the ages the Eastern Mongols and the Aryans made inroads into Europe bringing about new thoughts. Subsequent conquests of Europe to areas as far as Spain by the Moors of North Africa led to enlightenment of that whole region. Realignment of the Middle East plus creation of new regimes after the fall of the Ottoman Empire has led to the resurgence of desert lands. Presently existing Sheikdoms are now virtually controlling or influencing the finances of the world.

My last write up in New Spotlight noted that it was from the books of the East, concentrated in the Library at Alexandria, that knowledge of numerals and algebra was taken to Europe. Later, in the thirteenth century, inventions such as paper and gunpowder discovered by the Chinese and also introduced to Europe by Marco Polo, shows that the Orient was much ahead of Occident countries. It was the application of that knowledge on a larger scale that propelled Western communities to be much ahead of us in the third world.

This past heritage of Oriental knowledge has now been overshadowed. Partly because of the conquest by European invaders i.e. Spanish, Portuguese, Dutch and English, existing local conditions were looked down upon and European mores took root. In India, McCauley brought about the creation of the Indian Babudom and the spread of the English language to change the Indian environment forever. The Indian linen and silk industries were destroyed and Indians made to buy the finished products of the Lancashire mills as something more superb. Cane molasses were also shipped across the seas and then brought back as refined sugar or cubes. Tea leaves, picked and dried in the colonies was taken to the home country, remixed, packaged or made into tea bags and sent back to be sold in the place of origin at a much higher price! In course of time the Indian population was brainwashed into thinking that what was re exported back was far superior and could not be produced locally. Such were the practices in colonial times to create the superiority complex of foreign rulers. This resulted in not only an inferiority complex but created also what is abbreviated as WOGS or the western oriented gentlemen. No wonder that when the British left the Indian shores in 1947 the superiors, created locally became the Brown Sahibs! The culture of copying everything from the foreign shores or origin had set in, being accepted as far better.

To recap, it is true that Afghanistan, Bhutan, Iran, Japan, Korea, Mongolia, Nepal, Saudi Arabia, Siam – now Thailand and Turkey were never colonised. It was after World War II that the wind of change took place and what had been colonies all over the world regained independence from European masters. Because of the brainwashing that had been done by colonial masters over the decades or centuries, the populace at large carried then the impression and message that life and goods supplied under foreign rule was much better.

All this has been proved wrong by the fact that goods produced in India and South Asia is now of much higher standards. Because of the latest technology of production costs, packaging and economy many items of day to day consumption are being produced in what were known as ‘Third World Countries’ and shipped or even air lifted to the affluent countries and even providing a ‘margin of profit’ for them.

We Nepalis, though with two centuries plus relationship with Britain, were never colonised but have been influenced by present modern trends. We had in the past some products based on allo, hemp and nettle but these are rarely seen now. Our gundris, sukuls and even footwear from straw or the radis-pakhis made from sheep’s wool are rarely seen, though pashminas based on mountain goat hair has a world market! Our potter items of clay have been replaced by plastic and mud tiles for the floor by marble from Rajasthan. One consolation is that one occasionally sees these Nepali items of the past in some of the exclusive hotels in Nepal.

The world of the 21st Century is much changed because of the mass migration of people entering legally or illegally to countries where living standards are higher. Distinction between lands should become less as more intermingling occurs in the massive cauldron of the human race. In fact the availability of genetic makeup testing has confirmed that though present political boundaries exist with the various nationalities, the composition of the human race is more complicated than what it appears at first sight.

Many Nepalis have gone to foreign lands and have brought back skill in both agricultural and industrial areas to produce materials for daily needs in Nepal. It is time for us to support such efforts in all fields so that we in Nepal will gradually decrease our dependence on products of different lands. Our entrepreneurs must be encouraged and supported so that our dependence on out-of-country products gradually lessens in future.

The Opening Of The Airport Is A Milestone In Nepal’s Aviation And Tourism Sectors By Arnaud Cauchois 1 day, 8 hours ago