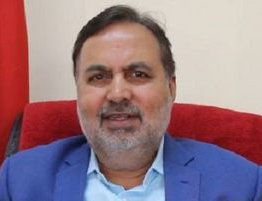 Assuming office in Singha Durbar today, Dugad said that he would recommend the Prime Minister for economic prosperity by coordinating and holding discussions with different ministries and organisations.

The Special Economic Advisor further said that he would take suggestions and advice from all with a purpose to increase investment, reduce the trade deficit, and facing existing economic challenges in the country.

Talking to Rastriya Samachar Samiti, Dugad opined, "My emphasis will be for appropriate allocation of the budget as well as not to let budget freeze by increasing expenditure capacity."

Also, the former Minister of State for Industry, Commerce and Supply, Dugad, was appointed to the post on Sunday. Earlier, he was a member of the House of Representatives and State Minister in the Oli-led government.

Regmi was appointed as the Ambassador of Nepal to the United Kingdom on the recommendation of the Council of Ministers and as per Article 282 of the Constitution, reads a press release issued by Assistant Spokesperson of the Office of the President, Keshav Prasad Ghimire.