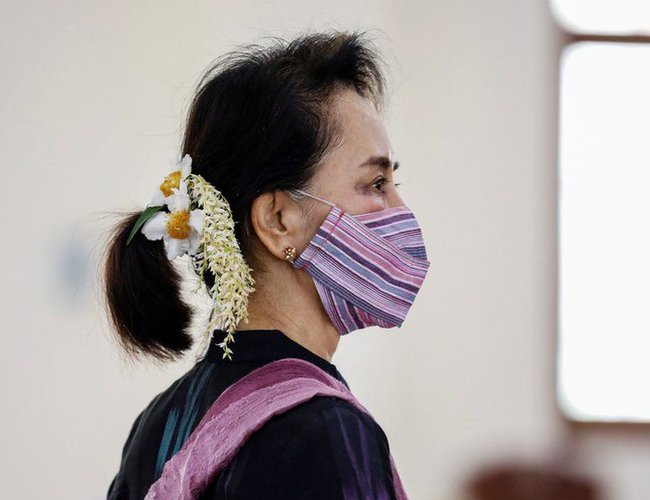 It comes amid tensions between the civilian government and the military, stoking fears of a coup.

At elections in November, the NLD won enough seats to form a government, but the army says the vote was fraudulent.

Myanmar, also known as Burma, was ruled by the military until 2011. Ms Suu Kyi spent many years under house arrest.

According to BBC, the newly elected lower house of parliament was due to convene for the first time on Monday but the military was calling for a postponement.

Soldiers are on the streets of the capital, Naypyitaw, and the main city, Yangon.

Mobile internet data connections and some phone services have been disrupted in major cities, while the state broadcaster MRTV says it is having technical issues and is off air.

The BBC's South East Asia correspondent, Jonathan Head, says this looks like a full-scale coup, despite the military promising only last week to abide by the constitution which it drafted more than a decade ago.

Under the constitution it does have significant powers to declare a state of emergency, but detaining political leaders like Ms Suu Kyi is a provocative and very risky move, one which may well be strongly opposed, our correspondent says.

NLD spokesman Myo Nyunt told the Reuters news agency by phone that Ms Suu Kyi, President Win Myint and other leaders had been "taken" in the early hours of the morning.

"I want to tell our people not to respond rashly and I want them to act according to the law," he said, adding he also expected to be detained.

Soldiers also visited the homes of chief ministers in several regions and took them away, family members said.

Flood Kills 1265 People In Pakistan By Agencies 4 weeks, 1 day ago

Banking On Hydropower Entirely Is loss-making: Bhutanese Daily By Agencies 1 month, 2 weeks ago

One Year Since Taliban Retook Power In Afghanistan: Growing International Criticism By Agencies 1 month, 2 weeks ago