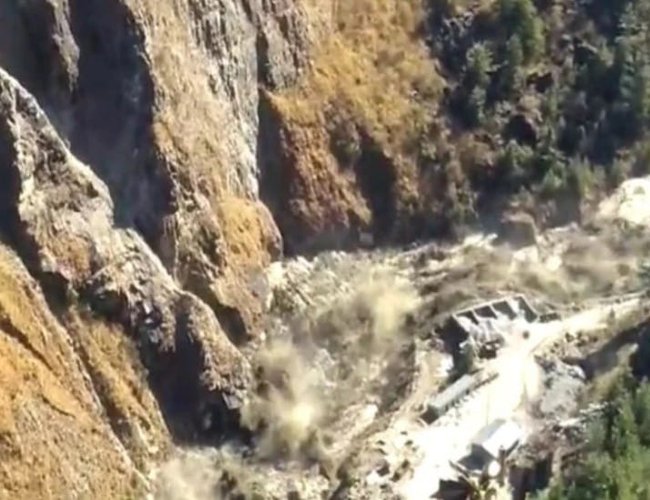 A part of the Nanda Devi glacier broke off this morning near Joshimath in Uttarakhand’s Chamoli district, resulting in a massive flood in the Dhauli Ganga river (one of the source rivers if River Ganga) and causing large-scale devastation in the upper reaches of the ecologically fragile Himalayas report India Today.

According to India Today, around 100-150 people are missing following the flash floods, which damaged the Rishiganga Power Project in Tapovan area and have endangered the lives of people living along the banks of Dhauli Ganga. The flooding has also washed away the Joshimath-Malari bridge.

Homes along the way were swept away as the waters rushed down the mountainsides in a raging torrent. There are fears of further damage in human settlements downstream. Many villages along the river have been evacuated and people have been moved to safer areas. An alert has been sounded in neighbouring Uttar Pradesh for areas along River Ganga.

He said the water level in the Alaknanda, another tributary of the Ganga, is one metre above normal but the flow was reducing gradually. He added that all districts concerned have been alerted and people have been asked not to go near the Ganga.

Bihar CM Nitish Kumar said, "We are gathering details on the flash flood in Uttarakhand's Chamoli. Our officials are in contact with authorities there. As it concerns Ganga river, we need to remain alert", reported news agency ANI.

We are gathering details on the flash flood in Uttarakhand's Chamoli. Our officials are in contact with authorities there. As it concerns Ganga river, we need to remain alert: Bihar Chief Minister Nitish Kumar in twitter