With frequent elections or changes in government – left, neutral or right oriented; accompanied with the transfer of both gazetted and non-gazetted personnel from place to place, perhaps even erratically, the system was bound to develop flaws. 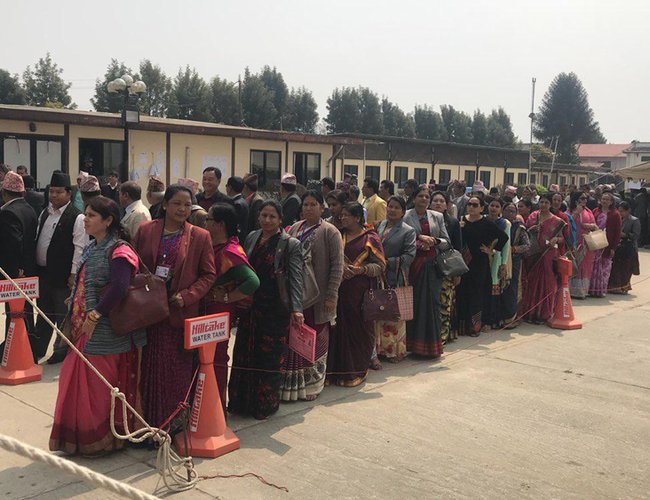 When the British were ruling in India, they, because of language difficulties needed some persons who would do the procedural matters or ‘Donkey’s Work’ and furnish a document which, once approved by the officer-in-charge would be official as per the wishes of the Colonial masters. Thus, Lord Macaulay created a force – the ‘Babudom’, the members of which after scrutinising through the pros and cons of any matter, presented a document as suggestion to the Angrez overlords to ponder over and decide regarding implementation. The Angrez, after the briefing would then ask “Theek Hai?’ Following an affirmative reply or a nod from the Babu, he would give his stamp of approval.

This culture, left behind by the British in India is not only prevalent there, but because of the existing conditions has been copied in Nepal also. King Tribhuvan, after his return from India in February 1950 requested the Indian authorities for support to set up an administrative system in Nepal. A special team arrived and trained local Nepalis to set up such a unit. This was done with the establishment of the Public Service Commission (PSC). In course of time the commission took up its duties and established the administrative set-up. This was the trend in practice in the Fourth Republic of France (1946-58) and in Japan in Asia to run the administrative services of a country.

Thus, a set up came into being in which there would be a group of gazetted officers who had passed the criteria set up by the PSC and others to serve under them. It is these large, unknown and unrecognised non-gazetted (NG) workers who would prepare the official documents pertaining to any case or problem and presents it to his/her superior of that department. This individual, giving the paper a cursory glance would ask “Theek Chha?” and seeing a nod or a reply from the subordinate, sign it. Such a system functioned when there were not many decisions to make and NG personnel had worked in that particular department for a longish period of time.

Following Andolan I of the 1990s, the incoming government feeling that Gazetted Officers appointed by the ancien regime would be a security risk, decided to reduce the retiring age from 60 years to 58. The action was taken. Was the hidden agenda to fill the posts with one’s supporters?

With frequent elections or changes in government – left, neutral or right oriented; accompanied with the transfer of both gazetted and non-gazetted personnel from place to place, perhaps even erratically, the system was bound to develop flaws. The ‘Tippanis’, if written by the newly posted, perhaps untrained political appointees may be incorrect or sometimes even knowingly done so. The departmental boss who has to affix his signature of approval could be a novice or a smart-Alec able to pull a fast one. With the traditional query of ‘Theek Chha?’ he would append his signature. The now official document would progress as a ‘Kagachi Ghoda’ to the higher echelons of power of the department who would then enquire, knowingly or unknowingly from his immediate sub-ordinate if all was in order. The nod or assurance from a sub-ordinate, whether genuine or feigned, usually resulted in the final approval.

With the enormous expansion of knowledge many people in positions of decision making are in fact now relying on matters prepared by personnel working under them. The recent spurt of knowledge from the middle of the 20th Century being a blessing in disguise has resulted in great steps forward in many fields. The development of the computer, the capability to store knowledge in micro chips and the ability to recall it as and when required is a great step for mankind. Information which was restricted in the domains of the developed countries, has because of information technology (IT) now become accessible to those living in Third World nations.

Following the changes of 2006, in the age of Republicanism there has been an upsurge of IT activity in Nepal with entities such as Deerwalk, Hawkeye and Leapfrog training many Nepali youths. One can now be confident that young Nepalis so facilitated will work diligently as per accepted norms for the sake of the Nation. Being well equipped and competent with the latest technological advances, they are in positions of being harbingers of change and the standard bearers of a future Nepal.

Yuval Noah Harari in his ‘Twenty-One Lessons for the 21st Century’ has even queried the existing educational system saying that some of the medical professions may be obsolete by 2050. The implication is that radiologists and pathologists who have to decide on diagnosis looking at slides or X-rays have a computer which can scan very much more quickly a vast storage of material and come up with a possible diagnosis in a vastly quicker time. Sadly, even now it has become more regular to look at the laboratory and without even properly examining the patient to come to a line of treatment. It is even prophesied that the family doctor or the General Practitioner may be replaced by a ‘Black Box’ which after being fed some of the findings of examination plus laboratory and X-ray results will come up with the most likely diagnosis. Such is the world that we the current inhabitants have in the foreseeable future. Should doctors pay more heed to cold technology than to the warm personal interaction? The human touch in the practice of medicine which sadly is being neglected by many medical practitioners is likely to be further abandoned in the years to come. Can this be forestalled or stopped?

I worry what the future hold for all of us. Invitations abound to live life in the fast lane with 5G powered technologies. Expecting tremendous changes, the powerful nations of the world are with trepidation proposing that artificial intelligence (AI) should be forbidden in future wars. A good thought but is it likely to be accepted? I doubt it as I watch my grandson enthralled by films displaying a likely future scenario.