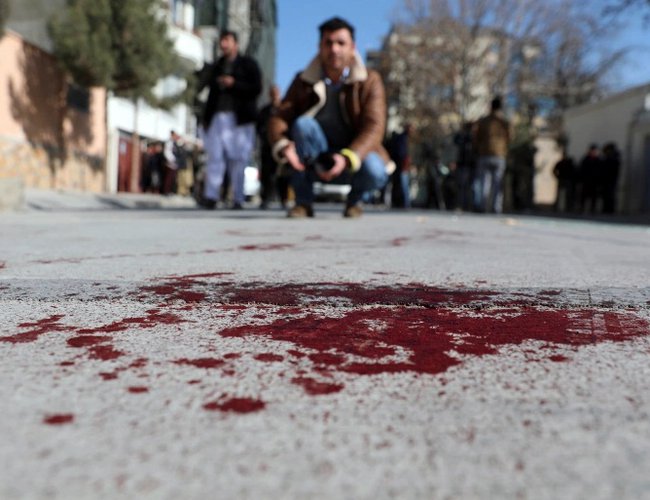 Three female media workers were shot dead in the eastern Afghan city of Jalalabad on Tuesday while heading home from work.

Local broadcaster Enikass TV said the women killed were its employees. Zalmai Latifi, director at the station, said they were gunned down in two separate attacks after leaving the network.

“They are all dead. They were going home from the office on foot when they were shot,” Latifi said.Two other people, apparently passersby, were wounded in the shootings.

Latifi said the three women were recent high school graduates aged between 18 and 20. No group claimed responsibility for the attacks.

“We arrested him as he was trying to escape,” said Hemat. “He has admitted he carried out the attack. He is a Taliban member.”

However, Taliban spokesman Zabihullah Mujahid denied the group had any hand in the killings.

The three women dubbed popular and often emotion-laden dramas from Turkey and India into Afghanistan’s local languages of Dari and Pashtu, said the news editor of the privately-owned station Shokrullah Pasoon.

In a statement, President Ashraf Ghani condemned the killings, saying “attacks on innocent compatriots, especially women, are contrary to the teachings of Islam, Afghan culture and the spirit of peace”.

Journalists, religious scholars, activists and judges have all been targeted in a recent wave of political assassinations that have spread panic across Afghanistan and forced many into hiding – with some even fleeing the country.

In January, 28-year-old Bismellah Adel Aimaq, the editor-in-chief of Sada-e-Ghor (Voice of Ghor) radio station, was killed near Firoz Koh city in the province of Ghor.

In December, gunmen killed Malala Maiwand, a female news anchor at Enikass, and her driver in Jalalabad. An affiliate of the armed group ISIL (ISIS), based in eastern Afghanistan, claimed responsibility for the killing.

Without elaborating, it said the investigations of past attacks are “not satisfactory at all, something that need to be changed”.

Afghanistan is considered one of the most dangerous countries in the world for media workers. Tuesday’s killings brought to 15 the number of media workers killed in the country in the last six months.

The killings have increased since peace talks were launched last year between the Afghan government and the Taliban – the latest attempt to end decades of conflict.

Afghan and US officials have blamed the Taliban for the wave of violence, but the group has denied the accusations.

“These attacks are meant to intimidate, they are intended to make reporters cower. The culprits hope to stifle freedom of speech in a nation where the media has flourished during the past 20 years. This cannot be tolerated,” the US embassy in Kabul said in a statement.

The killings come as the US special envoy to Afghanistan Zalmay Khalilzad returned to Kabul this week for meetings with Afghan leaders in a bid to revive a flagging peace process.

Khalilzad’s arrival marks the first time he has returned to Afghanistan since US President Joe Biden took office in January and asked him to stay in his post.

Donald Trump’s administration, eager to end the United States’ longest war, tasked the veteran diplomat with negotiating with the Taliban, culminating in a deal signed in Qatar on February 29 last year.