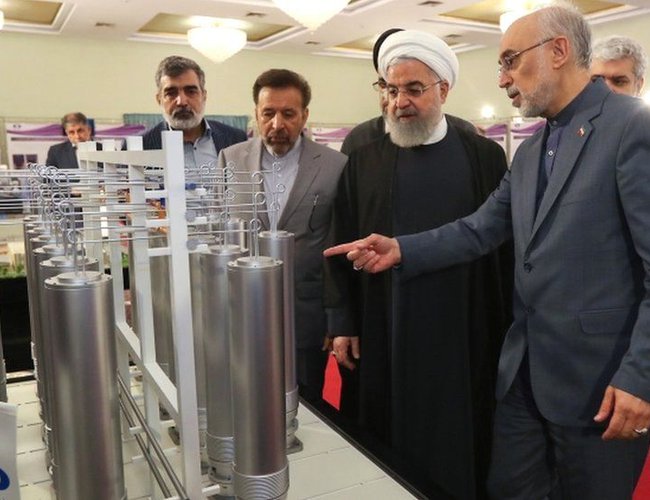 Members of the deal to curb Iran's nuclear program will meet again in Vienna next week in the aim of reviving the troubled accord.

Former US President Donald Trump withdrew from the deal and re-imposed sanctions against Tehran, which in turn stepped up its nuclear activities. The administration of President Joe Biden hopes to rejoin the accord.

Negotiators hope to draw up an action plan for lifting US sanctions and limiting Iran's nuclear program.

This week, delegates from Washington and Tehran held separate meetings with intermediaries including the European Union.

On Friday, the vice ministers of the deal's members agreed to continue the talks. In a statement, the EU said, "participants noted the constructive and results oriented exchanges."

A Chinese representative told NHK the talks are moving in the right direction, and that all parties have been narrowing their differences.

He also said the US must lift all sanctions imposed under Trump, not only those related to the nuclear deal.

Araghchi said the best outcome would be a conclusion within five or six weeks, citing Iran's willingness to allow the International Atomic Energy Agency to inspect nuclear facilities to some extent until late May.

127 People Die In Stampede After Soccer Match In Indonesia By Agencies 4 days, 21 hours ago