The idea was that volunteers (PCVs), usually with a college degree, applied and after a training period of three months, they were sent to different parts of the developing world to work for a term of usually two years. 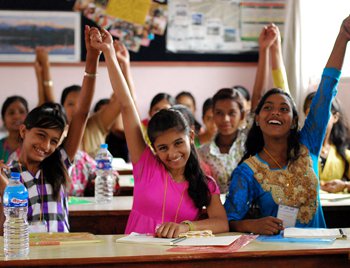 The US Peace Corps (PCs) |was the brainchild of American President John F Kennedy Jr, as he initiated it on March 1961. The idea was that volunteers (PCVs), usually with a college degree, applied and after a training period of three months, they were sent to different parts of the developing world to work for a term of usually two years. They received a modest living allowance. There was a lot of enthusiasm for this form of program in distant lands. Though it was generally young people who came forward for such work, there were some notable exceptions. One Lilian G Carter, mother of a future president of USA, applied at the age of 68 years and after assessment was selected and worked at the Godrej Colony for leprosy affected individuals near Bombay for two years! From the start the US Peace Corps in Nepal has had a fairly long presence, which can be termed as "two innings." The first PCVs arrived in October 1962. Many taught English, math and science. Others worked in agriculture, forestry and health services. There were teachers in Physics and Chemistry at the Public Science College, later ASCOL in 1964. The PC programme continued till 2004 when it was suspended because of the Maoist insurgency. PCVs returned to Nepal a few years later. The volunteers were sent back to America with the onset of COVID-19. It is unclear when and if they will return to Nepal.

Peace Corps volunteers in those days were in fact agents for change in Nepal, as accustomed to leading a life of the twentieth century US, they helped Nepalis scattered around in different parts of the country to try to adjust to the modern world. The idea was to help Nepalis develop their country and adopt appropriate changes to their lifestyles. One medium would be by the village schools to help teach the children or the parents to bring about change in methods of agriculture and even domestic practices. There is no denying the fact that new ways of thinking introduced from foreign shores has helped many Nepalis adjust to the 20th and the 21st Centuries. This reality struck me as I read Facebook posts by various former Peace Corps volunteers. Some showed pictures taken half a century ago (Then) and compared it with Now of both places and people. On occasions there would be enquiries about individual participants, their whereabouts and how they were faring. These posts which came under headings of ‘Old Photo of NEPAL,’ ‘World Historical Pictures’ or ‘Nepalese Memories' were not always posted by PCVs but also by ‘Nepal Fans’ or friends who had visited the country multiple times. Lastly were diplomats of the British Residency at Kathmandu. One great idea would be to collect these 'Then and Now' photos singly in black & white or colour and produce a tome or coffee-table book reasonably priced, for mass sales. Of course the questions of reproduction and copyright will have to be tackled, but this would certainly be a worthwhile project. Any takers?

There were other volunteers in Nepal too from other countries e.g. Australia and UK. The ones I came across at the Institute of Medicine (IoM) were Volunteer Service Overseas (VSO) workers from UK. There was a librarian helping to prepare a compilation of abstracts of medical /health- related articles from earlier times. Such work now, with present IT development, is routine activity. We also had then two other VSOs helping us in the production of Health Learning Materials. The British VSOs were generally university graduate volunteers, but more recent volunteers in Nepal have been involved in the educational field for girls. Somehow the Bristish VSO volunteers of the past don’t seem to be as computer savvy as the former American PCVs!

At this juncture I am reminded that when I became head of IoM in the late 1970s, a US student was helping to do research work regarding diseases prevalent in the communities of Tanahun, Bara, Nuwakot and Dhankuta districts. Later in mid 1980 he was back in Nepal working with the USAID. The point I am trying to make is that the future for young and active students from the US in different parts of the world was and is not bleak. Having learnt the language, customs and mores of the lands where they were posted in their prime, they became more accomplished individuals than others who had not been in that part of the world! At later periods some became knowledgeable experts or US diplomats in countries in which they had served as PC volunteers.

In this modern age of mobility it is but natural for students to travel to different countries in search of knowledge and new experiences. Catering to the students from varied locations of the world is gradually becoming a global trend. This brings me to a story I heard some time ago. The authorities of Yale University did not at one time encourage their own students to travel to foreign lands because of their belief that ‘Yale is the best in the whole world.’ Their argument for this posture was that if you are at the best place, why do you need to go elsewhere? This is now history, I believe.

In the nineteen eighties students doing a Masters Humanities of Tribhuvan University had to spend a period of the degree course in what was known as National Development Service (NDS). This program had a built-in concept for students to learn about their country whilst in the community. Somehow, because of political instability, this very commendable program was stopped. Now, Tribhuvan University is in the process of instituting a one-year ‘Gap Year’ for students after finishing 10+2 and applying for University courses. The three years Bachelor Course has been increased to four years. The re-introduction of a ‘Know Nepal’ or a Nepal Parichayat type of course is again being considered. As times have moved on and with the new technology available, one hopes that the educated younger generation will take matters in hand to bring Nepal forward.

Why Focus On Water Storage? By Dipak Gyawali 5 days, 2 hours ago