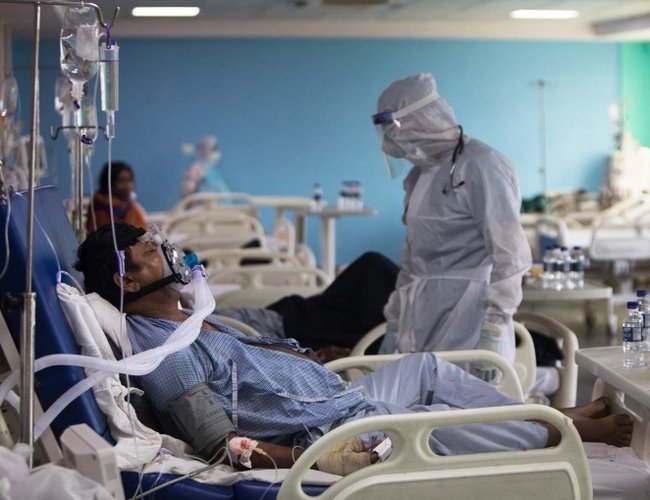 India's tally of confirmed coronavirus infections has topped 20 million. It is now the second country after the United States to pass the grim milestone.

The government also confirmed 3,449 deaths related to the virus on Tuesday.

The surge in infections has put a significant strain on India's healthcare system, with hospital beds and medical oxygen in short supply. Many people have died due to a lack of proper treatment.

The spread of the virus has remained unabated despite various social restrictions that have been put in place by several states since mid-April. Experts are calling for a strict national lockdown to be introduced.