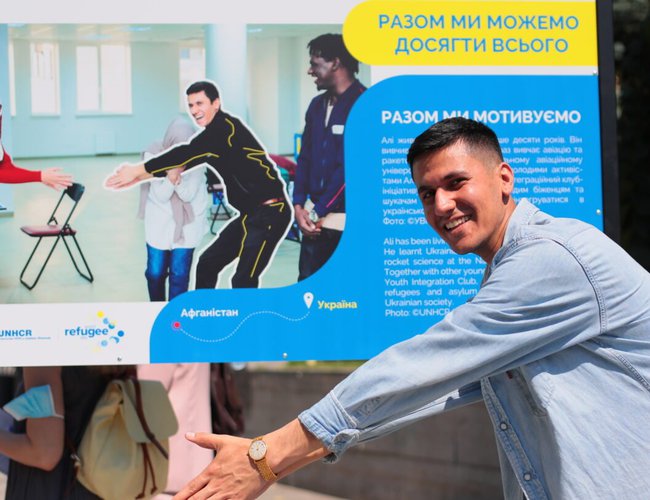 Despite the pandemic, the number of people fleeing wars, violence, persecution and human rights violations in 2020 rose to nearly 82.4 million people, according to UNHCR’s latest annual Global Trends report released today in Geneva. This is a further four per cent increase on top of the already record-high 79.5 million at the end of 2019.

The report shows that by the end of 2020 there were 20.7 million refugees under UNHCR mandate, 5.7 million Palestine refugees and 3.9 million Venezuelans displaced abroad. Another 48 million people were internally displaced (IDPs) within their own countries. A further 4.1 million were asylum-seekers. These numbers indicate that despite the pandemic and calls for a global ceasefire, conflict continued to chase people from their homes.

UNHCR, the UN Refugee Agency, is today urging world leaders to step up their efforts to foster peace, stability and cooperation in order to halt and begin reversing nearly a decade-long trend of surging displacement driven by violence and persecution.

“Behind each number is a person forced from their home and a story of displacement, dispossession and suffering. They merit our attention and support not just with humanitarian aid, but in finding solutions to their plight.”

“While the 1951 Refugee Convention and the Global Compact on Refugees provide the legal framework and tools to respond to displacement, we need much greater political will to address conflicts and persecution that force people to flee in the first place,” said the UN High Commissioner for Refugees, Filippo Grandi.

Girls and boys under the age of 18 account for 42 per cent of all forcibly displaced people. They are particularly vulnerable, especially when crises continue for years. New UNHCR estimates show that almost one million children were born as refugees between 2018 and 2020. Many of them may remain refugees for years to come.

“The tragedy of so many children being born into exile should be reason enough to make far greater efforts to prevent and end conflict and violence,” said Grandi.

The report also notes that at the peak of the pandemic in 2020, over 160 countries had closed their borders, with 99 States making no exception for people seeking protection. Yet with improved measures - such as medical screenings at borders, health certification or temporary quarantine upon arrival, simplified registration procedures and remote interviewing, more and more countries found ways to ensure access to asylum while trying to stem the spread of the pandemic.

While people continued to flee across borders, millions more were displaced within their own countries. Driven mostly by crises in Ethiopia, Sudan, Sahel countries, Mozambique, Yemen, Afghanistan and Colombia the number of internally displaced people rose by more than 2.3 million.

Over the course of 2020, some 3.2 million IDPs and just 251,000 refugees returned to their homes –a 40 and 21 per cent drop, respectively, compared to 2019. Another 33,800 refugees were naturalized by their countries of asylum. Refugee resettlement registered a drastic plunge - just 34,400 refugees were resettled last year, the lowest level in 20 years – a consequence of reduced number of resettlement places and Covid-19.

“Solutions require global leaders and those with influence to put aside their differences, end an egoistic approach to politics, and instead focus on preventing and solving conflict and ensuring respect for human rights,” said Grandi.

2020 is the ninth year of uninterrupted rise in forced displacement worldwide. Today, one per cent of humanity is displaced and there are twice as many forcibly displaced people than in 2011 when the total was just under 40 million.

Vast majority of world’s refugees - nearly nine in 10 refugees (86 per cent) - are hosted by countries neighbouring crises areas and low- and middle-income countries. The Least Developed Countries provided asylum to 27 per cent of the total.