After A Week, Maharashtra Reports More Than 10,000 Fresh Cases In A Day

After A Week, Maharashtra Reports More Than 10,000 Fresh Cases In A Day 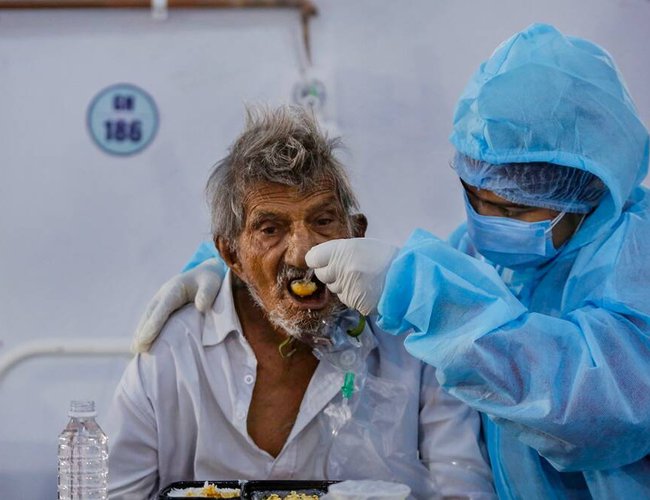 Coronavirus India Live Updates: The number of fresh cases recorded on Wednesday are 111 in Delhi, 863 in Mumbai, 1,008 in Bengaluru, 178 in Kolkata and 396 in Chennai.

After a gap of seven days, Maharashtra on Wednesday crossed the 10,000 single-day case mark, reporting 10,066 fresh infections. The state had on June 16 reported 10,107 cases and since then, the daily count has remained below 10,000. Maharashtra health minister Rajesh Tope expressed concern over statewide daily cases not remaining below 7,000-8,000 on a consistent basis. The state also reported 163 more deaths, with which the fatality count increased to 1,19,303, the health department said.

Earlier on Wednesday, the Union Health Ministry said that around 40 cases of the Delta plus variant, classified as a variant of concern (VOC), have been detected in Maharashtra, Kerala and Madhya Pradesh. “As of now among the samples sequenced (45000+) in India, Delta plus variant – AY.1 – has been observed sporadically in Maharashtra, Kerala and Madhya Pradesh, with around 40 cases identified so far and no significant increase in prevalence,” the ministry said in its statement. The Centre has advised the three states to strengthen surveillance and take appropriate public health measures.

India reported 50,581 new coronavirus cases in the last 24 hours, according to data released by the Union Health Ministry. The active caseload has dropped to 6,43,194, the lowest in 82 days. Meanwhile, the number of fresh cases recorded on Wednesday are 111 in Delhi, 863 in Mumbai, 1,008 in Bengaluru, 178 in Kolkata and 396 in Chennai.

In other news, Hyderabad-based pharmaceutical company Bharat Biotech is set to meet with the World Health Organization (WHO), where it is expected to submit its proposal for an Emergency Use Listing of the Covaxin vaccine. The EUL would make it easier for Covaxin — developed by Bharat Biotech in collaboration with the Indian Council of Medical Research (ICMR) — to receive recognition in other countries where it has not received regulatory approvals.