As the Second World War was raging, Gurkhas of whatever age were much sought after for the Indian army. 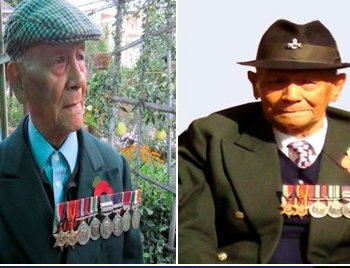 Recently at the age of 98 years, Major Trilok Singh Thapa Chhetri, a Second World War veteran, has unfortunately left us for his heavenly abode. Born on 8 August 1924 at Chhetritola in Ainjal in the State of Mizoram, Major Chhetriwas brought up in his maternal uncle's house at Shillong, capital of Meghalaya State, due to the negligent behaviour of his father. Because of economic hardship, he suffered in his childhood and in his schooling as well. So at a very young age of 15, he went to the recruiting depot at Mahadevkhola (Shillong) and joined the British Indian army as a Boy on 26 January 1941. As the Second World War was raging, Gurkhas of whatever age were much sought after for the Indian army. He was later assigned to the 8thGurkha Rifles that fought against the Japanese on the Burma front and was also in Java/Indonesia to oversee the surrender of the Japanese there.

After the war ended in 1945, Major Trilok Singh was witness to the horrors of the birth of the two nations India and Pakistan. It is best to quote him from his own book Jiwanko Goretoma, BS 2061, Atmabrittant Abhilekh Sewa, Kathmandu:

The Bihar Regiment used to provide security to the trains carrying refugees, Hindus/Sikhs and Muslims, between India and Pakistan in Punjab. ……..One day the train carrying Hindu/Sikhs refugees from Pakistan was ambushed by Muslims at Lyalpur, killing the entire train-load of refugees including the Bihar Regiment soldiers. This infuriated the Sikhs who resorted to the similar rampant killing of Muslims in Amritsar. A detachment of our 1/8th Gurkha Rifles was then sent to bring the train from Lyalpur filled with dead Hindus/Sikhs. ........ At the Lyalpur railway station, the Pakistani army with sten-guns was guarding the corpse-filled train. When our commander Khadga Singh hesitated on what to do, I, despite being a Havildar, marched to the Pakistani Captain and gave him a smart salute. He returned the salute, smiled and said “Ap, Gorkha log aya hai?” He then, seeing my 8th Gurkha Rifles insignia and the military ribbons on my chest depicting the Burma campaign, added that his Regiment and the 8th Gurkhas fought together against the Japanese on the Burma front. The Pakistani Captain and his soldiers then treated us warmly with tea and biscuits. After a warm send-off, we brought the train filled with dead bodies to Amritsar. Our 1/8th Gurkha Rifleswas used to transport the Muslims from Amritsar to Lahore’s DAV College and the Hindus/Sikhs from Lahore to Amritsar’s Khalsa College or hand them over to the Pakistan army at Wagah on the Indo-Pakistan.

“While India did get independence on 15th August 1947, communal riots broke out between Hindus and Muslims. This was far more dreadful than what I had experienced during World War! Piles and piles of dead bodies: all killings were done in the most hideous manner. Oh! females with breasts cut-off and killed by bayoneting their private parts and males with their genitals cut-off and shoved into their mouths!And Baba, dogs chewing these corpses! Seeing such dreadful sights, I nearly became a Sadhu.

After India’s independence, the 8th Gurkha Rifles became a part of the Indian Army and hence in July 1948 he left his Regiment and joined the British Gurkhas in November 1948. During this service, he was an observer of the Malaysian independence movement and the independence of both Malaysia and Singapore. 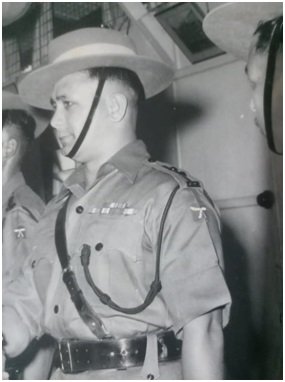 Trilok Singh Chhetri as an officer in the British Gorkhali regiment based in Singapore, was on the front line when the communal riot known as the Maria Hartogriot took place between the Malayas and whites to place in Singapore in December 1950. To quell this riot the Britishers had to use the Gorkhali regiment. Trilok Singh Thapa Chhetri( late major) was one of the Gorkhalis who was taken to the front by the Britishers. It may be reminded that 'The Maria Hertogh riots began on the 11 December 1950 after a court ruled and decided that a child who had been raised by a set of Muslim parents was to be returned to her biological Catholic parents. That sparked a protest from enraged Muslims which soon escalated into a riot. The Muslims were angry because the government threw out and rejected the appeal for the case, indicating to the large crowd who gathered outside the court that the legal system was biased against the Muslims. This was how the riot started and continued for 3 days whereby the mob attacked any Eurasians and Europeans in sight' (https://thesmartlocal.com/read/5-riots-that-rocked-singapore/).

For being in different fronts, Major Chhetri was awarded a number of medals including the star of Burma. He served the British Gurkhas till 1972 rising to the rank of Major. 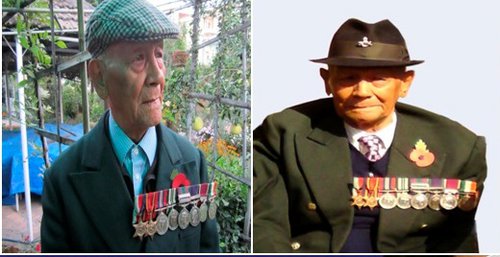 After retirement from the military service, he moved to Kathmandu from Hongkong to spend the rest of his life. But fate had something to offer him at the UN in Kathmandu. He first joined UN-WFP for some time, then UNDP through which he worked at the Department of National Park and Wildlife for some years(1972-1980). As he was attached to the two integrated Development Projects: Rasuwa–Nuwakot Integrated Rural Development Project and Mahakali Integrated Rural Development Project, both funded by the World Bank/UNDP and implemented by the then Ministry of Panchayat and Local Development Ministry. His last civilian job, before going into permanent retirement, was with the consulting firm, East Consult, which was managing the USAID-supported irrigation management project(1981- 1992). 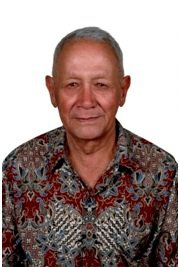 Unlike his other Lahure colleagues, Major Chhetri’s long involvement with various projects in various remote districts of Nepal funded by the World Bank, UNDP, USAID has given him an innate humane insight. He had established himself as a wise guardian to the members of the Mahadevsthancommunity at Baneshwor area, a pleasant and motivating force to the younger generation, a philanthropist, a concerned citizen and above all a true nationalist who worried much about the direction the country was going politically. Though a tough but caring head of the family, he was a very social and admired person among the Kathmandu gentries. A nature lover, the electronic media liked him because of not being a World War II veteran only but an officer who saw and helped thousands of Hindus and Muslims in their terrible plights during the partition of India in 1947.

Major Chhetri was a wrestler, gymnast, rugby player, boxer and football and hockey player and football umpire during his time. He would always be in our mind: as a jolly person, an avid reader especially books on history, a kind and large-hearted person who was always willing to help the needy persons because he himself knew what economic hardship was as he had faced serious economic hardship during his childhood. But he was a tough person in terms of maintaining discipline and always remained tiptop from the point of view of the dress. He is an unsung hero, whose contributions in different fields were recognised by all who knew him and had worked with or under him. Before his departure to his final destination, 'fellow soldiers bidding farewell at Pashupati Aryaghat draped with his 10th Gurkha Rifles Regimental Flag.' 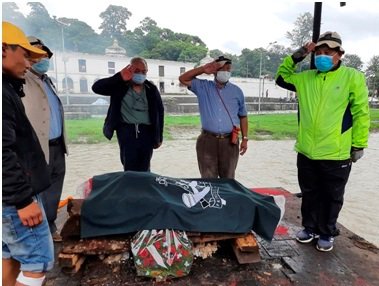 Major Chhetri, you have left us forever, but we would remember you and your deeds through the pages of JEEVAN Ko GORETOMA published in the year 2061 BS. 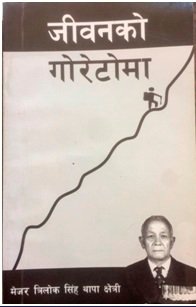 We, on behalf of all his colleagues and well-wishers, would like to pray to the Almighty to bless his Major Chhetri'sSoul with eternal peace and provided a calm and serene atmosphere wherever he might have been taken.