US To Cohost Ministerial Meeting On Afghanistan

US To Cohost Ministerial Meeting On Afghanistan 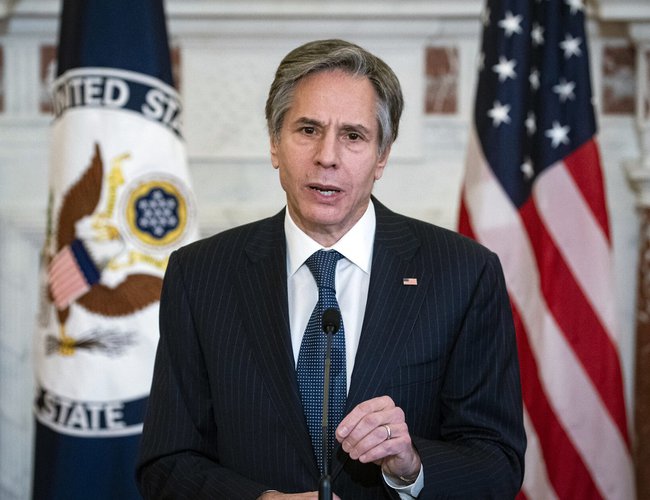 Foreign ministers from the US, Germany and other nations are expected to hold virtual talks to discuss the situation in Afghanistan.

US Secretary of State Antony Blinken told reporters on Friday that he will travel to Germany next Wednesday to cohost the ministerial meeting with German Foreign Minister Heiko Maas.

Representatives from more than 20 countries are expected to take part, with the focus being on the Taliban's commitment to freedom of travel and upholding the human rights of Afghan people, including women.

Blinken said many countries around the world are looking at what the Taliban will pursue.

The talks appear to be aimed at keeping the Taliban in check as they make final arrangements to form a new government. The meeting is also expected to provide an opportunity for the participants to coordinate their responses.

The US has moved diplomatic operations in Kabul to the Qatari capital Doha following the withdrawal of its troops from Afghanistan.

Blinken is scheduled to visit Doha on Sunday before heading to Germany. US Defense Secretary Lloyd Austin also plans to visit Qatar on a tour of four Middle Eastern countries starting on Sunday.

Observers say Washington is aiming to bolster its military and diplomatic ties with Qatar to prevent Afghanistan from once again becoming a breeding ground for terrorism.

The United Nations separately announced that a high-level ministerial meeting will be held on September 13 in Geneva, Switzerland, to address humanitarian needs in Afghanistan.

The UN plans to appeal for emergency funding to provide aid to the people of Afghanistan.

UN Secretary-General Antonio Guterres said in a video message that Afghanistan faces a looming humanitarian catastrophe. He said the international community needs to stand together and support the Afghan people.