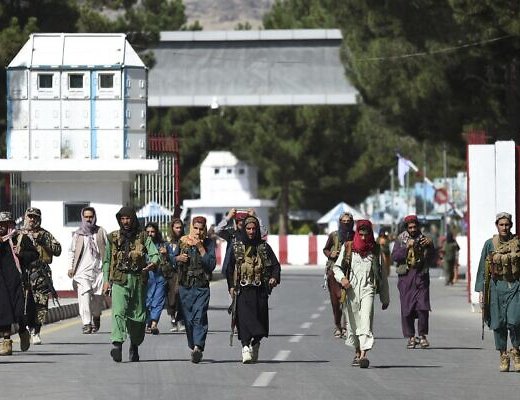 The European Union on Wednesday said the caretaker government unveiled by the Taliban in Afghanistan failed to honour vows from the new rulers to include different groups.

“Upon initial analysis of the names announced, it does not look like the inclusive and representative formation in terms of the rich ethnic and religious diversity of Afghanistan we hoped to see and that the Taliban were promising over the past weeks,” an EU spokesperson said.

The EU's 27 nations have set out five conditions for increasing their engagement with the Taliban — including the formation of an “inclusive and representative” transitional government.

The spokesperson for the bloc said that “such inclusivity and representation is expected in the composition of a future transitional government, and as result of negotiations”.

The Taliban on Tuesday announced a caretaker government which has no women or non-Taliban members and includes key figures who are under United Nations sanctions or wanted by the United States on terrorism accusations.

Foreign ministers from 20 nations are to hold talks on Wednesday led by the top diplomats from the US and Germany that could deal with how to approach the new administration.

The West has been scrambling to work out a way forward on Afghanistan after the Taliban seized power in the wake of the US-led withdrawal of foreign troops from the country.

“The announcement of a transitional government without the participation of other groups, and yesterday's violence against demonstrators and journalists in Kabul, are not signals that give cause for optimism,” he said.

Maas said, however, that Germany was willing to keep talking to the Taliban in a bid to ensure more people were able to leave the country, hit by food shortages and a halt in international payments.

China, which shares a border with Afghanistan, had urged the establishment of an “open and inclusive” government after the Taliban seized power, amid the chaos following the withdrawal of US troops.

A foreign ministry spokesperson said in Beijing that China viewed the establishment of the new government as a necessary step towards reconstruction in Afghanistan.

“We hope the new Afghanistan authorities will listen broadly to people of all races and factions, so as to meet the aspirations of its own peoples and the expectations of the international community,” Wang Wenbin told a daily briefing.

In Tokyo, a top official said Japan was monitoring the actions of the Taliban and would keep up co-operation with the United States and other countries, while expressing concern over the safety of citizens in Afghanistan.

“Through various efforts, including practical dialogue with the Taliban, we are doing the utmost to ensure safety of Japanese nationals and for local staff who remain,” said Chief Cabinet Secretary Katsunobu Kato.

He also promised support for Japanese who wanted to leave the South Asian nation.